See the gallery for quotes by Arthur C. Brooks. You can to use those 8 images of quotes as a desktop wallpapers. 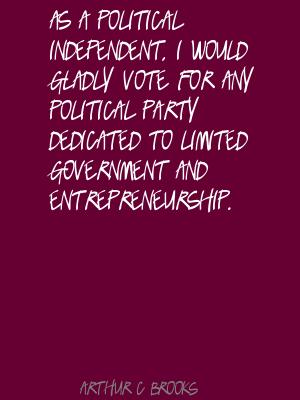 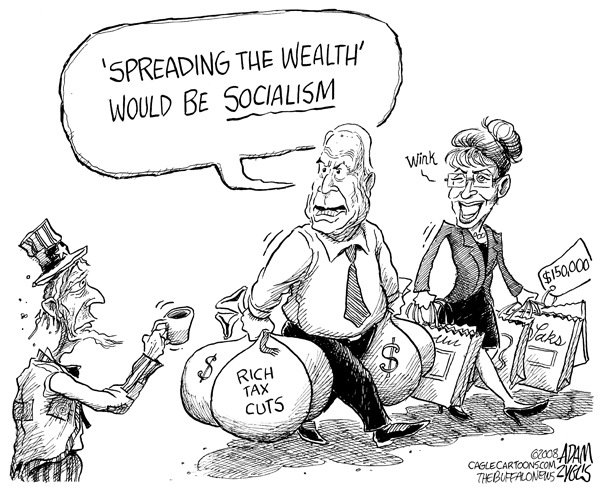 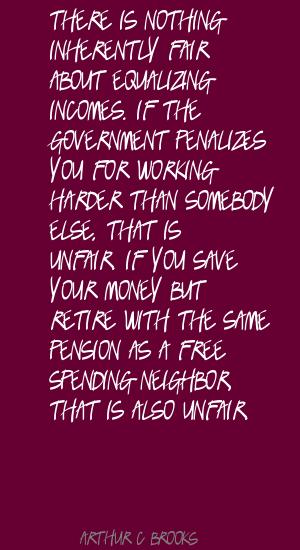 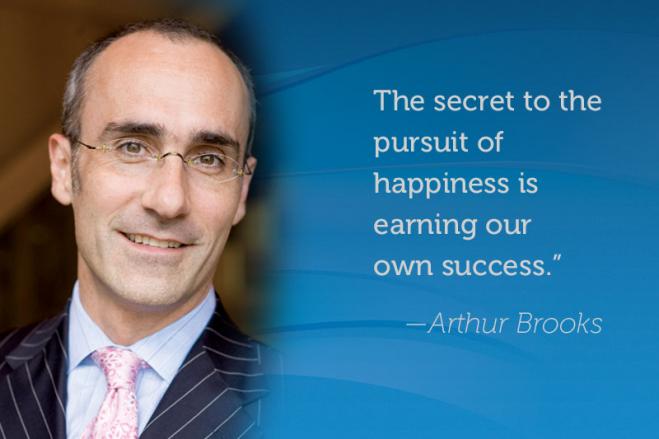 There is nothing inherently fair about equalizing incomes. If the government penalizes you for working harder than somebody else, that is unfair. If you save your money but retire with the same pension as a free-spending neighbor, that is also unfair.

As a political independent, I would gladly vote for any political party dedicated to limited government and entrepreneurship.

If you think spreading money around by force seems like an odd definition of fairness, you're not alone.

We will have bigger bureaucracies, bigger labor unions, and bigger state-run corporations. It will be harder to be an entrepreneur because of punitive taxes and regulations. The rewards of success will be expropriated for the sake of attaining greater income equality.

Free enterprise is essentially a formula not just for wealth creation, but for life satisfaction.

The battle is on, and nothing less than the soul of America is at stake.

The more control you have over your life, the more responsible you feel for your own success - or failure.

FDR created today's 30 percent coalition. Obama wants to finish the job by turning it into a permanent ruling majority. There's nothing new about the Obama Narrative. It is the FDR Narrative on steroids. It is intended to lead to greater statism and political gain.

The system that enables the most people to earn the most success is free enterprise, by matching up people's skills, interests, and abilities. In contrast, redistribution simply spreads money around. Even worse, it attenuates the ability to earn success by perverting economic incentives.

The truth is that relative income is not directly related to happiness. Nonpartisan social-survey data clearly show that the big driver of happiness is earned success: a person's belief that he has created value in his life or the life of others.

Whether we look at capitalism, taxes, business, or government, the data show a clear and consistent pattern: 70 percent of Americans support the free enterprise system and are unsupportive of big government.

Yes, free markets tend to produce unequal incomes. We should not be ashamed of that. On the contrary, our system is the envy of the world and should be a source of pride.