See the gallery for quotes by Bill Klem. You can to use those 8 images of quotes as a desktop wallpapers. 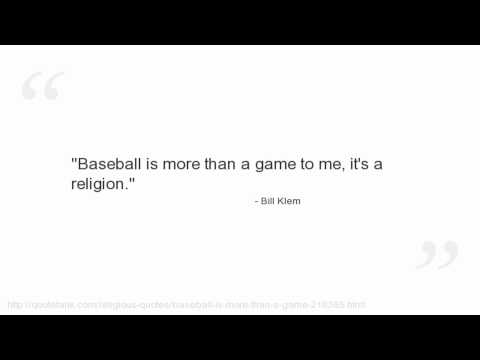 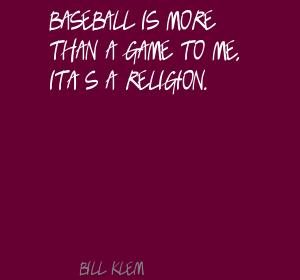 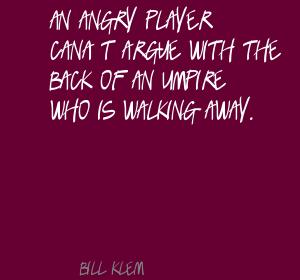 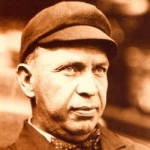 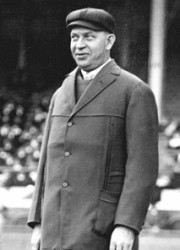 An angry player can't argue with the back of an umpire who is walking away.

Baseball is more than a game to me, it's a religion.

I told the umpires to walk back at least thirty-five feet from home plate. That reduced the arguements.

It ain't nothin' till I call it.

The best umpired game is the game in which the fans cannot recall the umpires who worked it.

Your job is to umpire for the ball and not the player.

Fix your eye on the ball from the moment the pitcher holds it in his glove. Follow it as he throws to the plate and stay with it until the play is completed. Action takes place only where the ball goes.

That guy in a twenty-five cent bleacher seat is as much entitled to know a call as the guy in the boxes. He can see my arm signal even if he can't hear my voice.

The most cowardly thing in the world is blaming mistakes upon the umpires. Too many managers strut around on the field trying to manage the umpires instead of their teams. 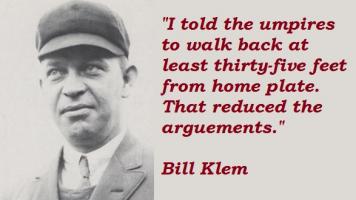 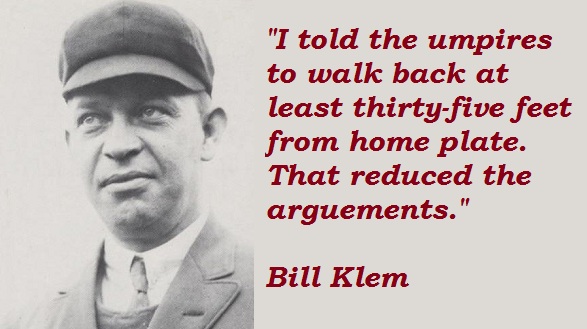 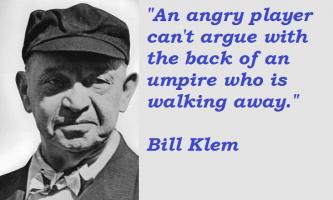 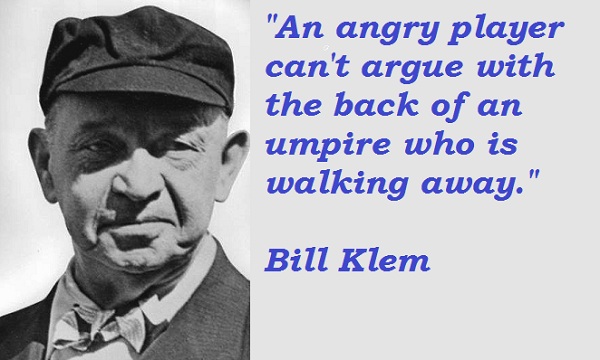