Brief about Kurt Sutter: By info that we know Kurt Sutter was born at 1966-05-05. And also Kurt Sutter is American Director. 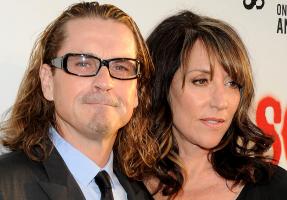 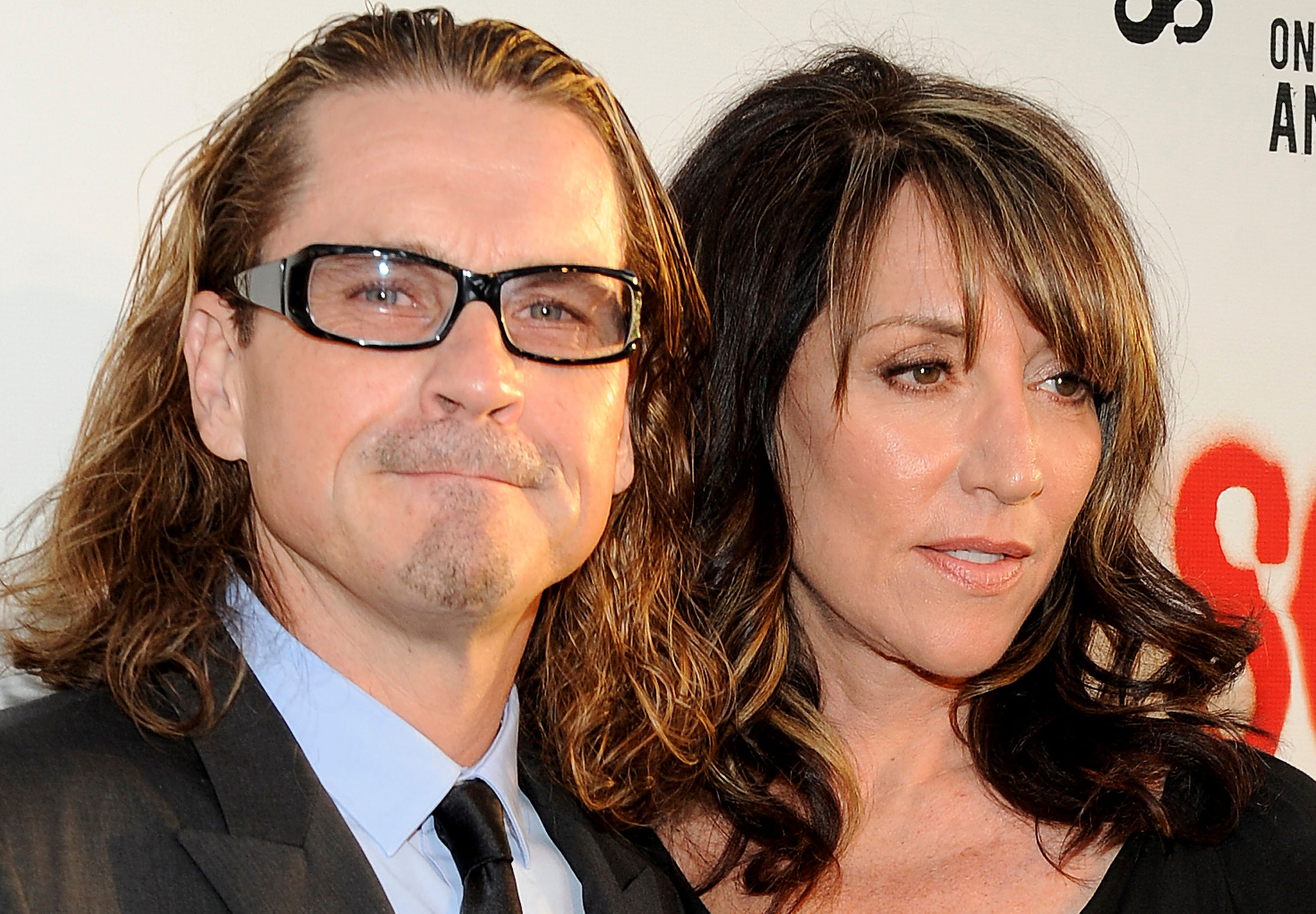 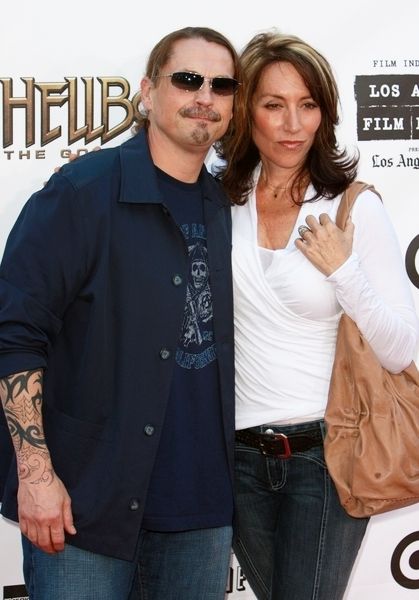 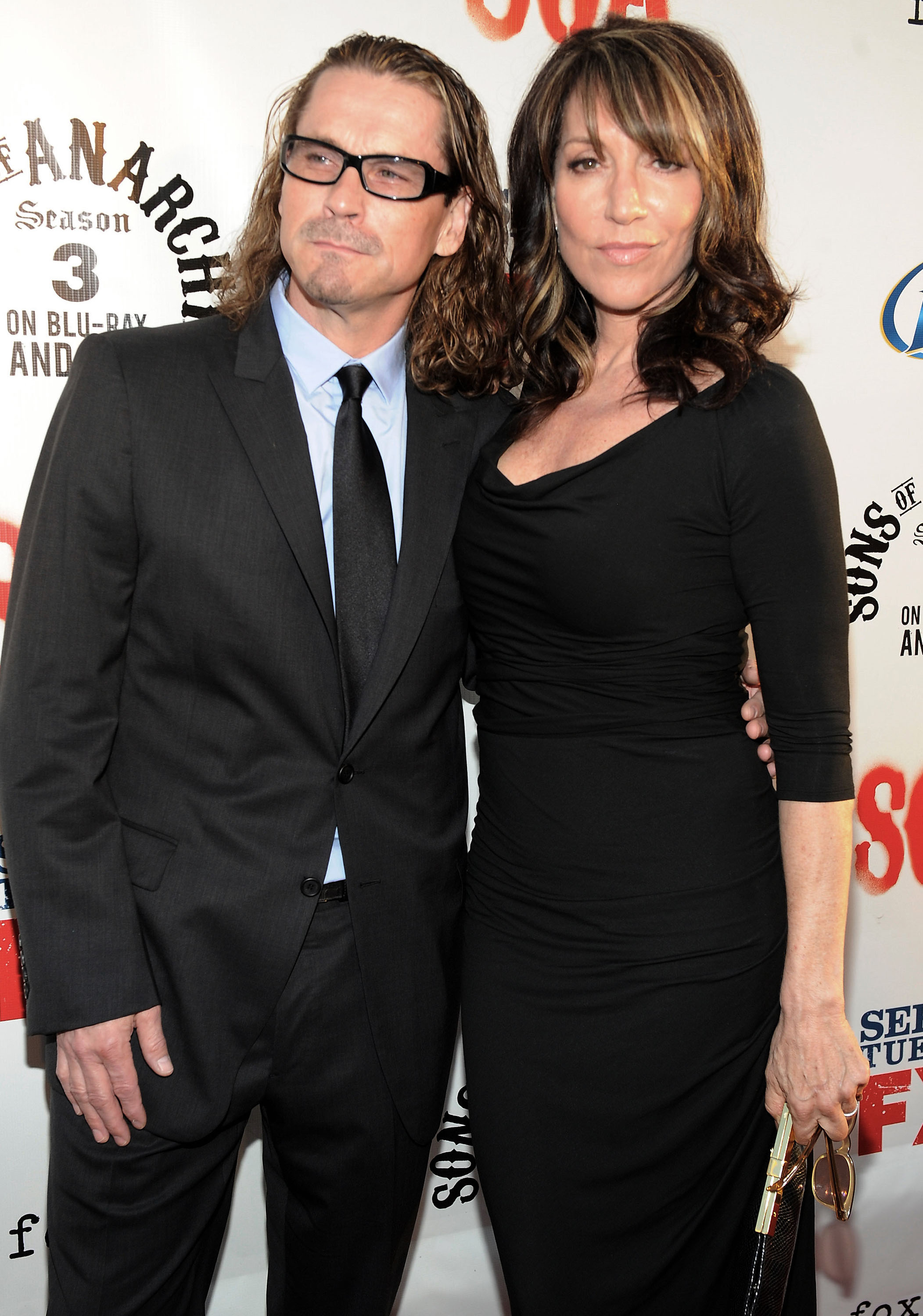 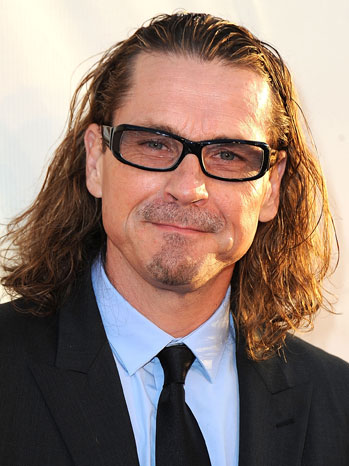 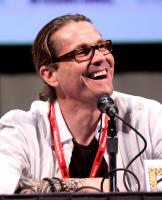 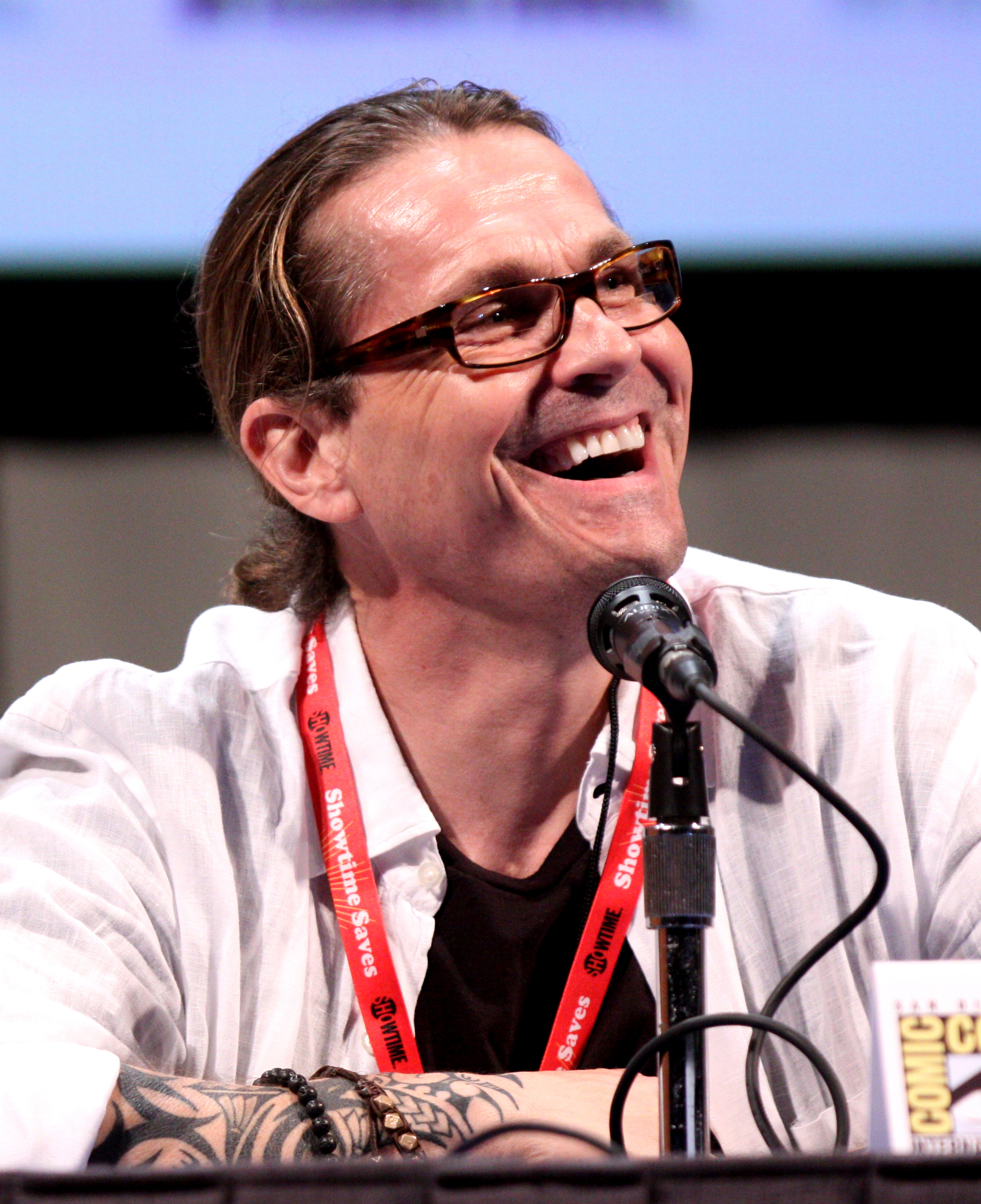 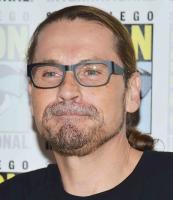 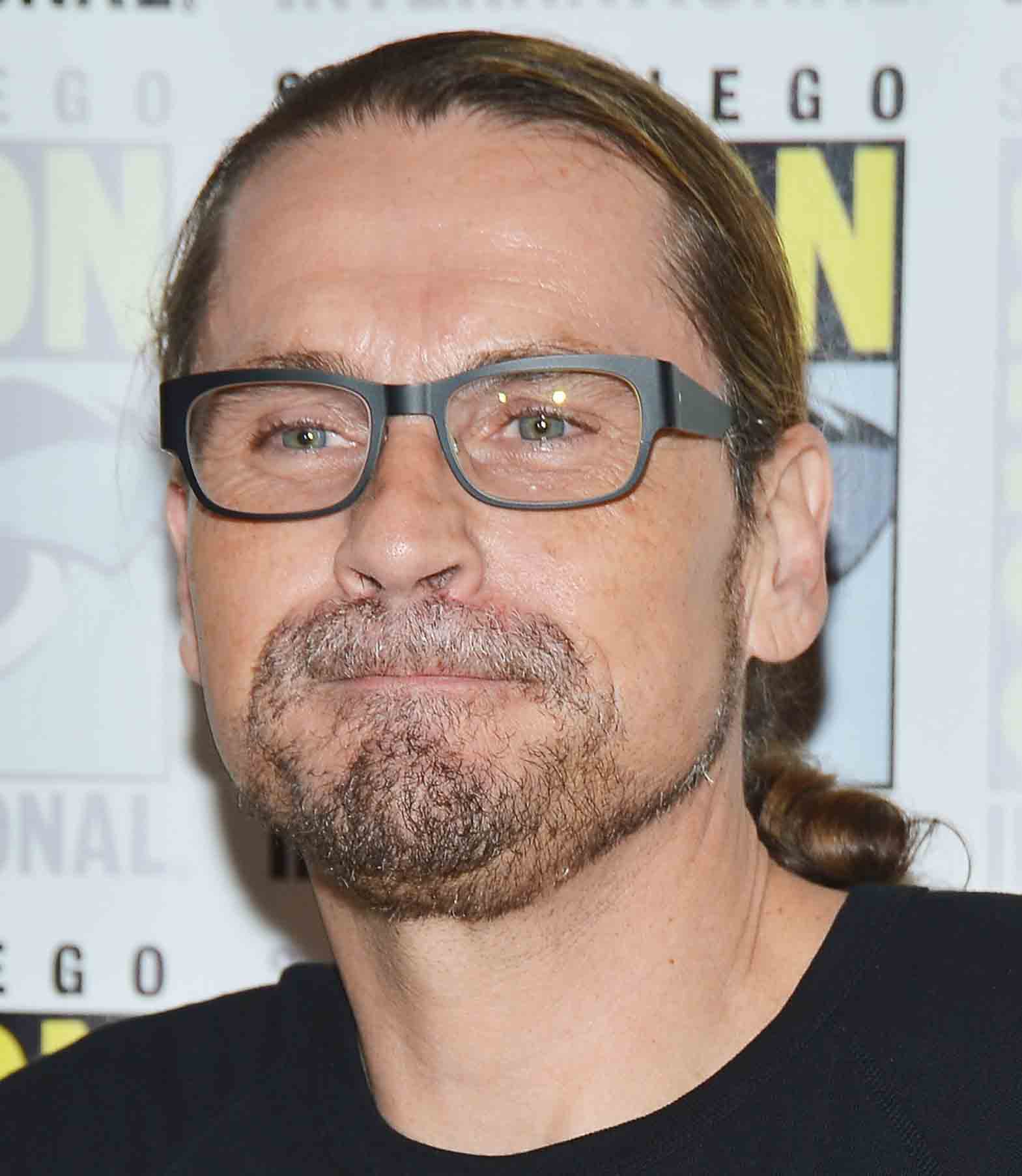 The whole Twitter phenomenon is really indicative of what's happening in this country. And I say this in condemnation of myself as much as anyone else - we are growing into a nation that has no time, desire or capacity for truth. All we can handle is 140 characters of knowledge.

I'm a guy desperately in need of buffers. I have big feelings, big reactions, big emotions. All the things that serve me as an artist, but challenge me as a socially-responsible human being.

Man's inhumanity to man is as old as humanity itself. Some people just do evil things. Most do not. A billion people have seen 'Batman' movies over the past 20 years, and they have been entertained and inspired. One man saw it as a sick entry point for mass murder. The one is tragic. The billion are not. I choose to write for the billion.

All the people who follow me on Twitter know my sense of humor. I sometimes forget the blogosphere will give it more weight than I intended.

I can be arrogant, I can be insufferable.

My wife, Katey Sagal, has transformed herself from a sitcom cartoon to a dramatic powerhouse.

The lazy blogosphere has given up on journalism and now trolls Twitter for their on-the-record in-depth articles.

I joke that I learned the essentials of storytelling from Hanna-Barbera, but I pretty much did. That kind of television is what enamored me as a kid, and that's what really got me hooked. You could say that's where it all began.

I navigate through the world with the excitement and determination of a child. That's why I'm an artist. I'd die without an outlet for expression. Unfortunately, more often than not, that childlike energy is the maturity level I bring to many circumstances.

I'm a guy who has problems with moderation. All or nothing. Binge and purge. Kill or be killed. Gray is not a color I wear well. I should be dead. I know that. I should not be successful. I know that too. My daily existence is a toss of the coin - one side, fear, the other side, gratitude.

I'm drawn to the classic antihero, the guy who's probably made a bunch of mistakes and really has the capacity to go either way. That's the most interesting type of character for me to watch, to see what decisions they'll make. There's a lot of gray area there for a writer to explore.

I've learned in most areas of my life, to bounce heated choices off other people. Co-workers, my agent, my wife, a sponsor, etc. A majority of the time, that keeps me on the right side of things.

I've made a career writing about fictitious anti-heroes. To create these worlds, I've spent a lot of time with active members on both sides of the law. And if I had to pick the most interesting of the two, the choice is obvious - we all love the guys in black.

Never in the history of 'The Shield' was the word 'LAPD' ever mentioned. We would mention districts, like Wilshire and Hollenbeck and Marina, but Farmington was a fictitious district, and we never actually uttered the word 'LAPD.' So that was sort of the deal we made with them.

The trap in Hamlet is he's the most passive of Shakespeare's characters. He's not a Richard III, not out there taking a lot of action. It's a lot of asides and soliloquies where he's wrapped in angst, and that's not a very interesting character.

Unlike fiction, which you create before you go into production, with reality you kind of create it after everything is produced. The drama and the storytelling is really done in post.

What happens on 'Mad Men' in terms of the acting and the writing and the directing, it's superior. And yes, it has tremendous cache and buzz because it's become iconic, but it also deserves all the kudos and the awards as well, because it's a beautiful show to look at.