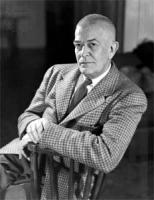 See the gallery for quotes by Carl Clinton Van Doren. You can to use those 8 images of quotes as a desktop wallpapers. 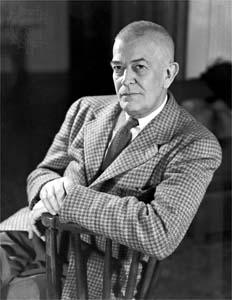 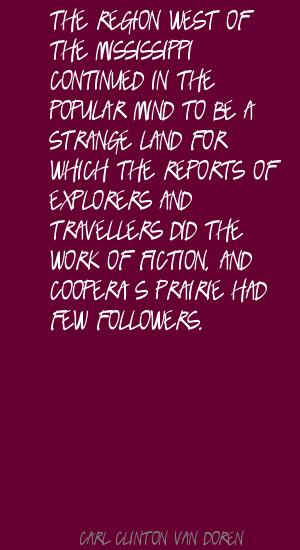 Yes, it's hard to write. But it's harder not to.

Although by 1851 tales of adventure had begun to seem antiquated, they had rendered a large service to the course of literature: they had removed the stigma, for the most part, from the word novel.

Familiar life, tending to sordidness, had been succeeded by remote life, generally idealized; historical detail had been brought in to teach readers who were being entertained.

Guy Rivers, a conventional piece as regards the love affair which makes a part of the plot, is a tale of deadly strife between the laws of Georgia and a fiendish bandit.

In fiction, too, after the death of Cooper the main tendency for nearly a generation was away from the conquest of new borders to the closer cultivation, east of the Mississippi, of ground already marked.

Tags: After, Away, Death

IT is mere coincidence that Cooper was born in the year which produced The Power of Sympathy and that when he died Uncle Tom's Cabin was passing through its serial stage, and yet the limits of his life mark almost exactly the first great period of American fiction.

Melville brought to the task a sound knowledge of actual whaling, much curious learning in the literature of the subject, and, above all, an imagination which worked with great power upon the facts of his own experience.

The region west of the Mississippi continued in the popular mind to be a strange land for which the reports of explorers and travellers did the work of fiction, and Cooper's Prairie had few followers.

The two most common charges against the older fiction, that it pleased wickedly and that it taught nothing, had broken down before the discovery, except in illiberal sects, that the novel is fitted both for honest use and for pleasure. 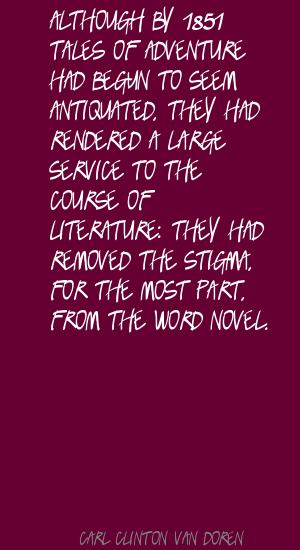 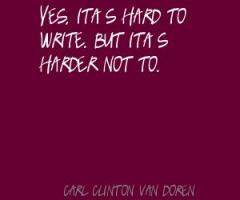 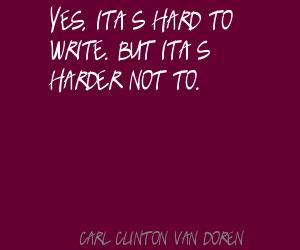