See the gallery for quotes by Charles Francis Richter. You can to use those 8 images of quotes as a desktop wallpapers. 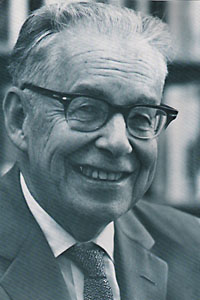 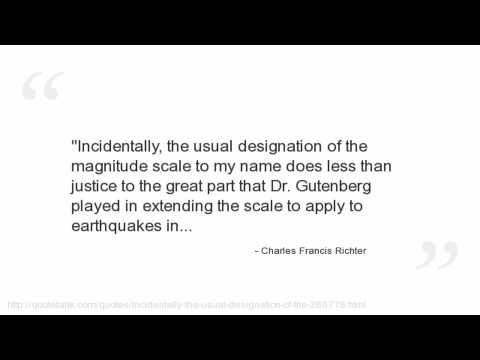 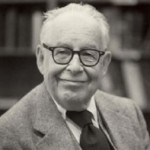 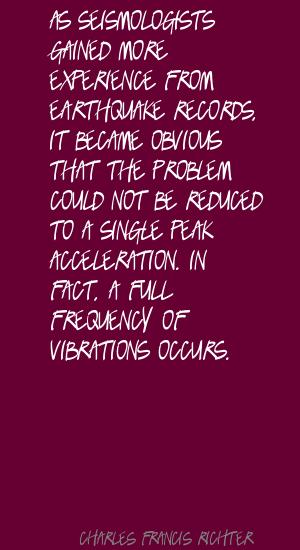 Intensity like signal strength will generally fall off with distance from the source, although it also depends on the local conditions and the pathway from the source to the point.

I was lucky because logarithmic plots are a device of the devil.

I'm glad to see the press now referring to the open-ended Richter scale.

If one introduces the concept of energy of an earthquake then that is a theoretically derived quantity.

Logarithmic plots are a device of the devil.

My amateur interest in astronomy brought out the term 'magnitude,' which is used for the brightness of a star.

Nothing is less predictable than the development of an active scientific field.

Refining is inevitable in science when you have made measurements of a phenomenon for a long period of time.

As seismologists gained more experience from earthquake records, it became obvious that the problem could not be reduced to a single peak acceleration. In fact, a full frequency of vibrations occurs.

By moving them vertically, a representative mean curve could be formed, and individual events were then characterized by individual logarithmic differences from the standard curve.

Emphasis was usually put on the horizontal acceleration factor, for the simple reason that ordinary structures have a built-in safety factor for the vertical component; that is, gravity.

For example, some stars put out large amounts of energy in the infrared part of the spectrum, so that this can produce a different relative magnitude rating than using light energy from the middle of the spectrum.

From here, it becomes an engineering problem; the engineer considers the ground motion that will occur and evaluates the requirements of the proposed structure in the light of the local foundation conditions.

I repeatedly have to correct this belief. In a sense, magnitude involves steps of 10 because every increase of one magnitude represents a tenfold amplification of the ground motion. But there is no 'scale of 10' in the sense of an upper limit.

I suggested that we might compare earthquakes in terms of the measured amplitudes recorded at these stations, with an appropriate correction for distance.

I usually point out that most loss of life and property has been due to the collapse of antiquated and unsafe structures, mostly of brick and other masonry.

If the assumptions used in calculating energy are changed, then this seriously affects the final result, even though the same body of data might be used.

In every area of the world where there is earthquake risk, there are still many buildings of this type; it is very frustrating to try to get rid of them.

Incidentally, the usual designation of the magnitude scale to my name does less than justice to the great part that Dr. Gutenberg played in extending the scale to apply to earthquakes in all parts of the world.

There is another common misapprehension that the magnitude scale is itself some kind of instrument or apparatus. Visitors will frequently ask to 'see the scale.'

This is very similar to astronomy where different magnitudes are assigned to the brightness of an astronomical object, depending on the range of wavelengths being measured.

We would have been happy if we could have assigned just three categories, large, medium, and small; the point is, we wanted to avoid personal judgments. It actually turned out to be quite a finely tuned scale.

What emerged, of course, was that the magnitude scale presupposed that all earthquakes were alike except for a constant scaling factor. And this proved to be closer to the truth than we expected.