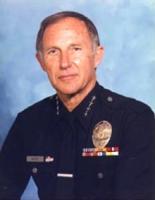 See the gallery for quotes by Daryl Gates. You can to use those 8 images of quotes as a desktop wallpapers. 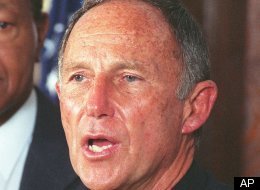 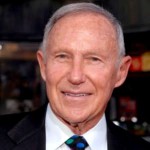 It was a department where you had honesty and integrity stamped right on you when you came into the Los Angeles Police Department. If you violated that, or if you were a dishonest cop, you were terrible. We got rid of you as quickly as possible.

No one knew what Rodney King had done beforehand to be stopped. No one realized that he was a parolee and that he was violating his parole. No one knew any of those things. All they saw was this grainy film and police officers hitting him over the head.

Our people went out every single night trying to stop crime before it happened, trying to take people off the street that they believed were involved in crime. That made us a very aggressive, proactive police department.

We were the finest. We were the best in the world. We were a department that people came from all over the world to study, to look at, to see how we accomplished so much with so little; and we did. 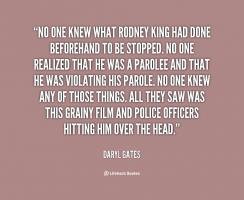 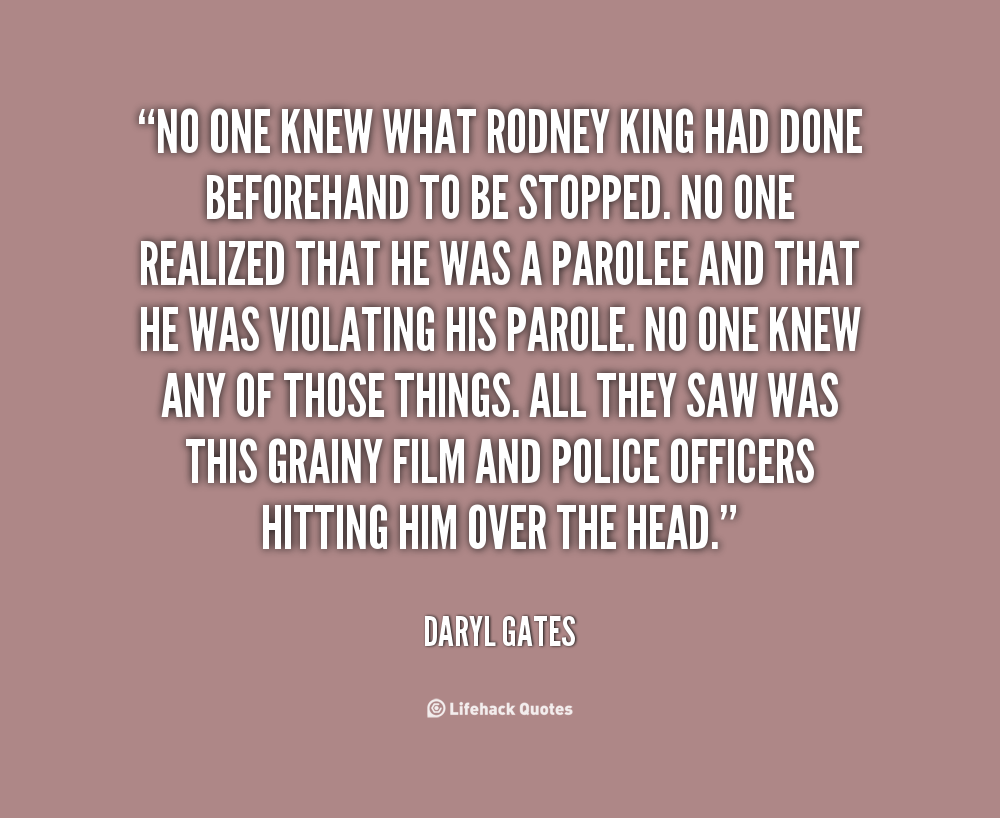 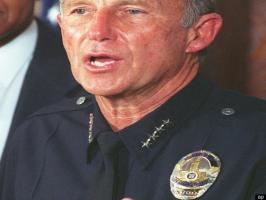 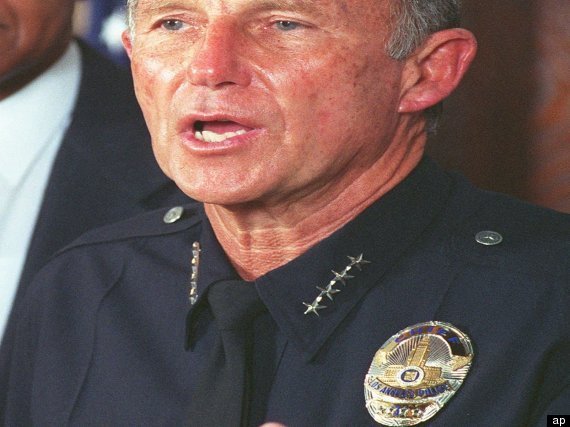 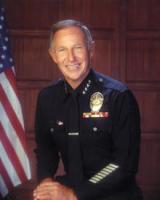 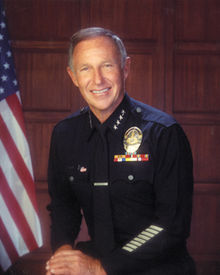 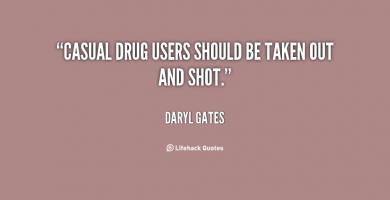 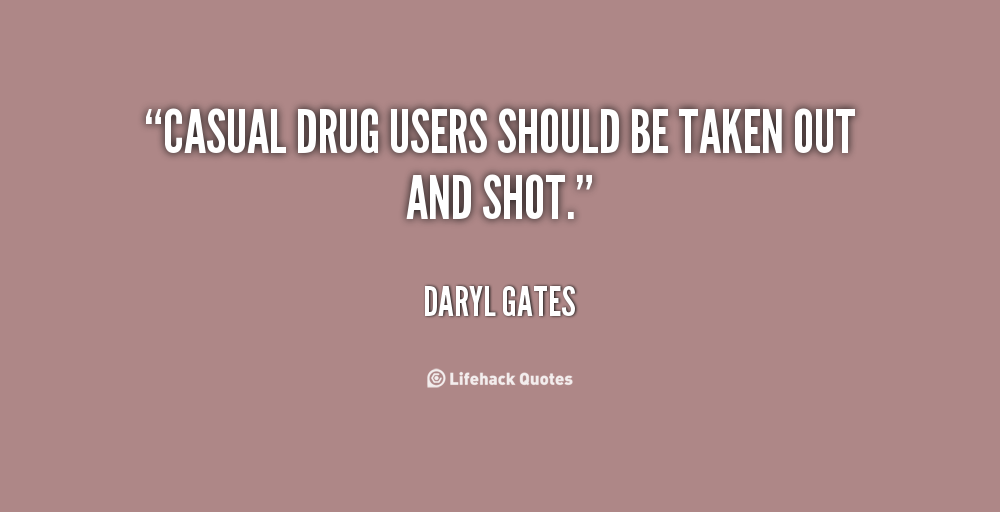