See the gallery for quotes by David Miliband. You can to use those 8 images of quotes as a desktop wallpapers. 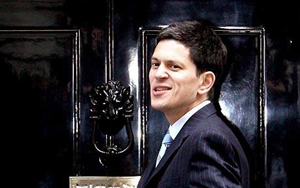 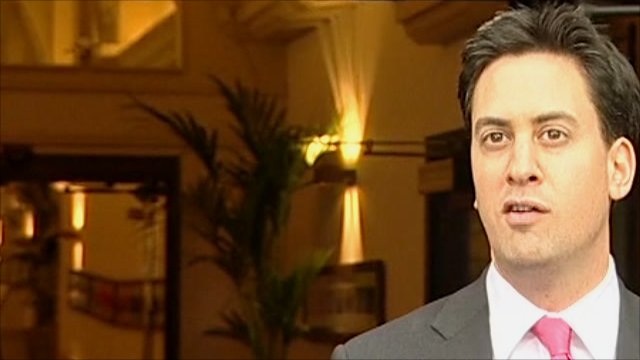 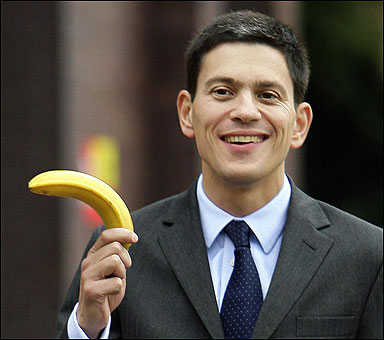 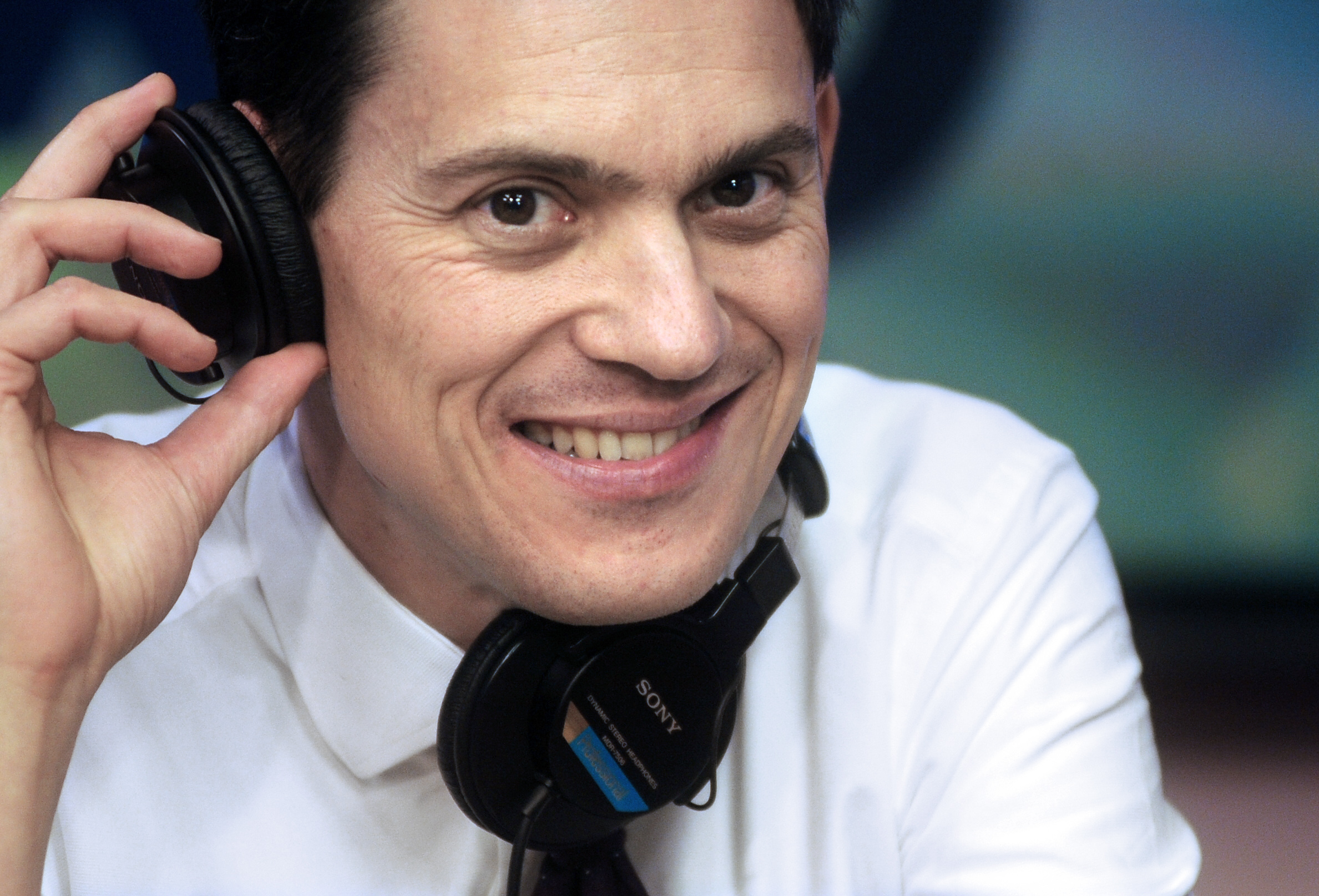 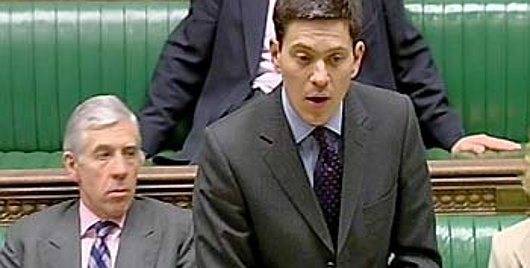 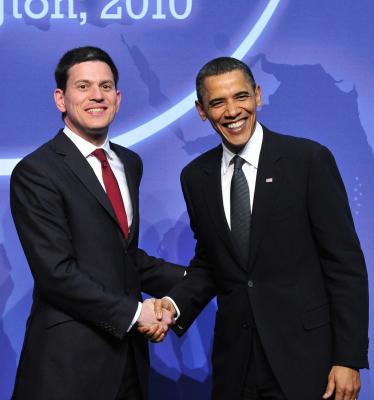 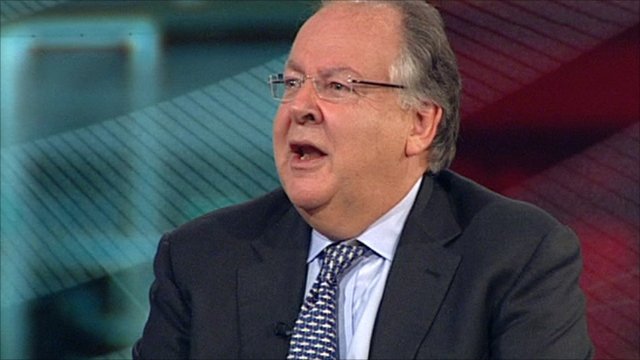 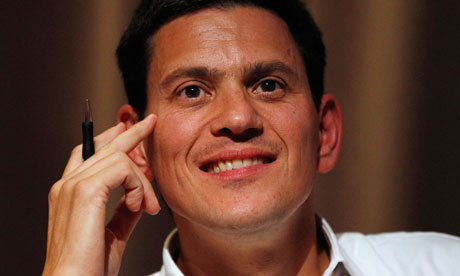 Good politics starts with empathy, proceeds to analysis, then sets out values and establishes the vision, before getting to the nitty-gritty of policy solutions.

I abhor anything that constitutes torture. Water-boarding, it's perfectly clear to me it is torture. I never supported extraordinary rendition to torture, always said that Guantanamo should be closed. There is no clash of ideals and pragmatism there.

I am the 'change Britain' candidate. We can only change Britain through a united Labour Party and I am the unity candidate. I have got support from the Left and the Right of the party.

I can't admit to myself that the creation of a Palestinian state won't happen. What I know is that with each passing year it gets more and more difficult to happen, not least because there is more and more bloodshed, generation upon generation.

I mean, Britain is a country of successful Muslim businesspeople, teachers and educators, journalists. So, we have to say very strongly that the two million plus Muslims in Britain, the vast bulk of them make a huge contribution to our society, and they actually make it the vibrant society it is.

I've learnt that, sometimes, how others see you is not the same as how you see yourself. I've learnt about how you can be multitasking - and sometimes other people see that you're multitasking. And that's not very nice for them.

Tags: Nice, Others, Yourself

In Britain, the centrally prescribed welfare to work system short-changes the young unemployed. Transport, housing and education are over centralised.

Israelis and Palestinians are suspicious of each other and of promises from outside. But the need for a negotiated solution between the parties should not stymie international clarity and consensus about the endgame in terms of borders and other issues.

My advice is very simple: if you can win a small battle, it gives you confidence in the political process to take on bigger battles, and so it is very much a bottom-up grass-roots way of doing politics.

My memories are of my dad taking me to football on Saturday mornings, and my mum taking me swimming. Those are the things I remember from my childhood, not sitting around the table debating capitalism and the profit squeeze.

One of the jewels in the crown of Labour's time in office was the rescue of the National Health Service. As the Commonwealth Fund, the London School of Economics and the Nuffield Foundation have all shown, health reforms as well as additional investment were essential to improved outcomes, especially for poorer patients.

One thing that I feel very, very strongly is that we talk about Islamic countries, Islamic people, Islamic leaders, as either moderates or extremists. It's almost like there are only two categories of Muslims. And actually, that doesn't show respect. It shows lack of understanding of the diversity of Muslim thought.

The 1970s - I was ten in 1975 - were a bad decade in all sorts of ways but the middle class had comfortable assumptions about the prospects for its children. The middle class was smaller then; it was a much less competitive Britain, less meritocratic.

The big risk to British lives in 2013 is in Afghanistan. Our troops, diplomats and aid workers have made a big contribution there. But while there is an end date for Western engagement, 2014, there isn't a proper end game.

The biggest novelty of 2013 will be new leadership in China. Very little is known about the views of the new leaders - who will rule the country for ten years. But we do know they're the first generation of Chinese leaders who have spent the majority of their lives in a China 'opening up' to the rest of the world.

Tags: Both, Dangerous, Getting

The wedding ring on my left hand was bought by my grandfather, Samuel Miliband, in Brussels in 1920. I never knew him, as he died when I was one. But his ring was kept by my aunt until it was placed on my finger by my wife Louise 32 years later.

The whole of government needs to contribute to the shared goal of restructuring the British economy. But that means taking on the myth that the Treasury either knows best or can run it all. It just doesn't.

There is a danger for Britain as we perceive ourselves, or as we are - less wealthy, facing economic austerity - that we essentially draw back. I think there is a recoil in parts of the country, and in parts of the government actually, from the multilateral system, and I think that's dangerous and wrong.

Today, Labour has a disruptive economic narrative - that Britain needs fundamental change in its market structure and culture to compete in the modern world.

We keep the terrorist threat to the United Kingdom under very careful scrutiny. We think it's right to keep the public informed about the general threat level.

What is the big political issue for Britain at the moment? Without wishing to sound portentous, it is about whether we can build a social democratic settlement, whether we can lay the political and cultural foundations for the next several years.

In the end, human history is made up of all our decisions.

Much more quotes by David Miliband below the page.

You know, you only get to live life once, so there are two things that that yields. One is that there's no point in crying over spilt milk, but secondly you hate wasting time, energy, and whatever talent you've got.

Communism was meant to be an alternative religion.

I think the wonderment of seeing my two sons developing makes me incredibly optimistic about human potential. It makes you think: 'My goodness. It's a miracle that's going on here. What could the human race do together?'

The biggest opportunity in 2013 is in Africa. It has seven out of the ten fastest-growing economies in the world. In Nigeria alone there are 100 million people with mobile phones. In total, 300 million Africans - five times the population of Britain - are in the middle class.

Everything about my politics has been about the future.

History is information. Memory is part of your identity.

I do not speak Hebrew, but I understand that it has no word for 'history.' The closest word for it is memory.

I don't think I've ever been accused of being faddish. I'm more Marks & Spencer than Ted Baker.

If you want to fight against a declining trend, you've got to have a much bigger bazooka.

My favourite poem is called 'Roots and Wings' - it's a very moving poem about how if you've got real roots you can fly.

People want more power over their own lives. That's not just true in Britain, it's true around the world.

Successful economies in the modern world are not sheepish about the power and responsibility of the state.

The American idea that everyone graduates high school at 18 is a good one.

The real danger to Britain is a foreign policy that is isolationist in Europe and therefore weak in the rest of the world.

The test of leadership for David Cameron was actually to bring the British Conservative Party back in to the mainstream.

You have to believe that it's through politics that societies can lead social and economic and political change.

Al Qaeda has no place in Pakistan. It's a threat to Pakistan. And there should be a convergence of interests between the Pakistani state and the West on security issues, but also on wider economic and social issues.

But for me, my personal relations, my personal family relations, are very important, and we've always tried to make sure that the public and the private are kept separate.