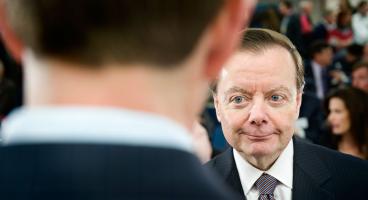 See the gallery for quotes by Gary Bauer. You can to use those 7 images of quotes as a desktop wallpapers. 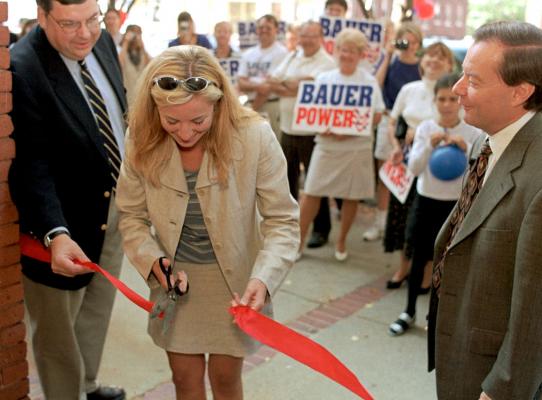 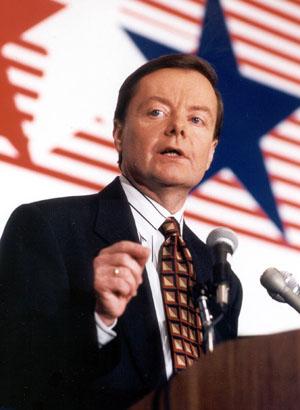 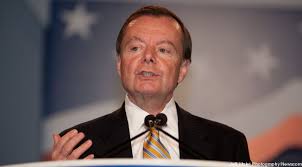 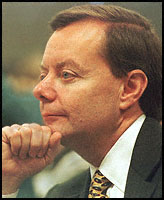 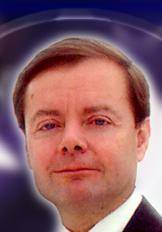 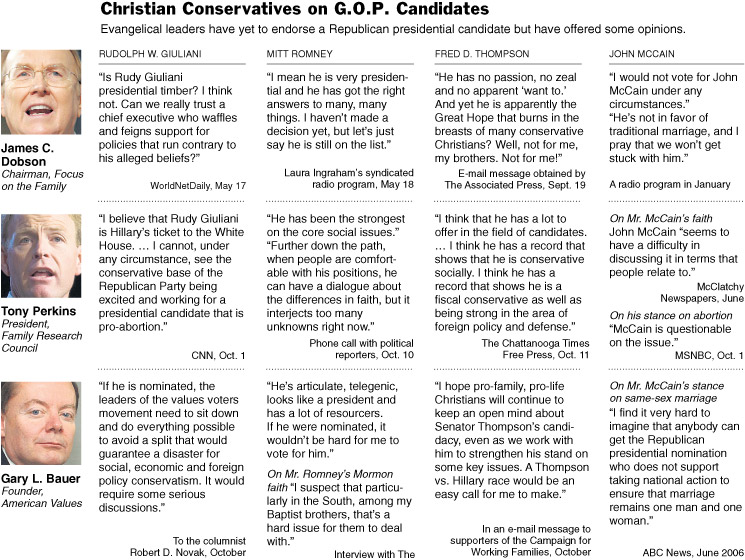 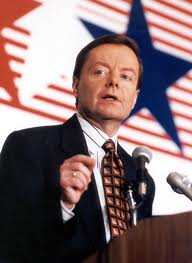 Enhanced interrogation is not to be considered lightly, but the use of enhanced interrogation techniques does not require moral people to abandon their beliefs. Rather, it is precisely during these difficult times that one's beliefs about life, justice and mercy become indispensible.

Environmentalists have been outspoken in their support of smaller family size and abortion rights as keys to reducing global warming. But when it comes to immigration, the single biggest contributor to population growth in the industrial world, they stand largely silent.

'Fairness' can be an important quality for legislators to consider when they are passing public policies. But it is a subjective standard. And it has no place among judges on a court - whose duty is to dispassionately judge a law's constitutionality.

Guided by nothing but pop culture values, many children no longer learn how to think about morality and virtue, or to think of them at all. They grow up with no shared moral framework, believing that the highest values are diversity, tolerance and non-judgmentalism.

I have no problem with any gay group that says they're Republicans, but I will fight them tooth and nail if they try to change what the Republican Party believes.

I think it would be bizarre to pick somebody to speak at the convention based on their sexual preference, because once you go down that road, why don't you pick a transvestite?

Tags: Once, Speak, Why

I'm against big bureaucracy in Washington making health care decisions. I just have an aversion to bureaucrats. But it's not just government bureaucrats. I don't like HMO bureaucrats and insurance company bureaucrats either.

If one is going to change the definition of marriage to be, quote, 'same sex,' then there is absolutely no valid argument constitutionally or rhetorically you can make against multiple people getting married. These are radical social changes.

If Republicans are aiming for the heart, for compassion, the last thing they should do is abandon the sanctity of life. Instead, they should tell Americans that they believe in the dignity and value of every human being, from the defenseless unborn child, to the newborn with a disability, to the 90-year-old dealing with dementia.

If Republicans want to be seen as more compassionate, they should continue to stand proudly for the sanctify of life and marriage. And they should do so without apologizing.

It's important for American soldiers to be culturally sensitive when deployed in foreign countries. But it's just as important for the U.S. never to renounce the most fundamental American values, which, after all, are also universal values.

It's important to ask candidates about their beliefs, in part because politicians frequently exploit religious faith - often with the idea that voters will be more likely to unthinkingly accept certain political positions so long as they arise from religious belief.

Liberals need to take the advice they routinely give to conservatives: that there are consequences to their divisive rhetoric, and that in their attempts to score political points, they are also inciting violence.

My argument is simple, which is, that for several thousand years in Western civilization, marriage has been the union of one man and one woman. Research is overwhelming that children need mothers and fathers.

Obama often criticizes policies that place the interests of the powerful ahead of the powerless. But through his administration's support of abortion rights, Obama shows his lack of empathy for society's most powerless.

Part of America's greatness is its willingness to care for those who are truly in need. But those who defraud the system take money and resources away not only from American taxpayers but also from those who truly need help.

Republican values - strong families, faith, personal responsibility and freedom, among others - are not unique to specific subsets of the electorate. They are universal values, and it is Republicans' job to remind Americans of that fact.

Republicans rarely criticize Obama for lack of empathy - in part because liberals have traditionally been seen as standing up for the weak and the vulnerable. Conservatives can be just as empathetic. But they believe that, in most cases, it's not government's role to be the primary dispenser of empathy.

Some on the Left can be very selective about the kinds of violence they oppose. For some of them, gun violence is a crime to be decried - unless it is committed by an 'aggrieved' victim against what they consider a corrupt institution.

Much more quotes by Gary Bauer below the page.

The abortion industry can try to improve its 'messaging' all it wants. But unless abortion advocates change their devotion to abortion-on-demand, the only message Americans will receive is that the abortion industry is only really interested in improving its bottom line at the expense of the most defenseless among us.

The Founders believed liberty came directly from God. With their knowledge of Scripture, they knew each child was made in the image of God. That is why everyone had dignity, value and worth.

The Left regards the Constitution as defective and outmoded - in part because it impedes the government's ability to control institutions, like churches and families, which stand between the state and individuals.

The question Americans should ask is not whether a candidate is affiliated with a particular faith but rather whether that candidate's faith makes it more likely he or she will support policies that align with their values.

The stigma that was once attached to things society deemed unhealthy served the purpose of making them undesirable. With the stigma gone, many people see little reason not to do whatever feels good at the moment.

There is something wrong with our culture when the view that marriage is between one man and one woman, a view shared by half the nation, is portrayed as evidence of hatred.

Today's children are taught by our culture that we are a cosmic accident. Something slithered out of the primal slime and over billions of years evolved into a human being. We are cousins, ten times removed, to the ape at the zoo eating his own excrement.

When a young man massacres innocents, we have been trained to believe that the act was due to improper levels of chemical enzymes and misfiring synapses. As we learn more about our cells, we forget more about our souls.

When the penalty for a policeman's mistake is to put a criminal back out on the street, then we are hurting America; we are hurting our law-abiding citizens.

Beyond politics, the West is suffering from what can be called a crisis of brokenness - broken institutions, broken families and broken souls.

Obviously, marriage is not a synonym for morality. But stable marriages and families do encourage moral behavior.

Presidents have the right to nominate their own cabinet secretaries. But their nominees don't have a right to confirmation. Senators have a constitutional duty to advise and consent to the appointment of all Cabinet officials. They should take that duty seriously.

For the record, I believe elected officials should talk about faith. Our founders believed the moral principles of faith were indispensable to our nation's survival. The Declaration of Independence mentions God four times.

Having robbed children of any sense that their Father is in Heaven and that they are His creation, we then launched an experiment in raising them without earthly fathers too. Having neither a Father in heaven or a father in the home, many young men make gangs their families.

More and more political analysts and weak-kneed politicians are advising the historically pro-life Republican Party to abandon its pro-life stance for political gain. My first response is that if you cannot trust a party on the value of defending human life, how can you trust it on issues like marginal tax rates?

All of my judges will want to welcome every child into the world, give them a place at the table.

All the culture war issues will be settled by the court.

As long as there's land available, single-family homes will be built, and Colorado residents will always go for a single-family over a condo.

Catholics and evangelicals need to remain allied, and in solidarity, against the increasingly aggressive secularism of our age.

Empathy is a virtue, but it should not be a guiding judicial principle.

I believe if more American children read the Ten Commandments and are taught what they mean, they will predictably engage in less crime.

I have come to the conclusion that while a candidate's faith matters, what's most important is how he or she applies that faith.

Tags: Faith, She, While

I'm pro-death penalty, but what I have not seen is anybody that would mock someone on death row.

It seems that the only gun violence some leftists approve of is gun violence aimed at cops and other groups they see as oppressive or racist.

One thing everyone seems to agree on is that Republicans face a perceived compassion deficit.

The science of life is changing hearts and minds.

There's a lot of people out now around America who depend on checks from their fellow taxpayers being in the mailbox every day.

When people move from poor countries to America, they quickly adapt in at least one way - their consumption habits.

America used to have a strong 'moral safety net' for its people. Today that net is badly frayed, not only because families are disintegrating but also because the church doesn't play the same role that it once did in many Americans' lives.

Americans have not only a right but a responsibility to consider the values of those who seek to lead them - whether they arise from life experience, political ideology or religious belief.

As a conservative, I maintain a healthy skepticism of the theory of man-made global warming. I also believe that more people enjoying the fruits of modernity and economic development is a good thing - as long as those people arrived legally and obey the law.

As President, I will end once and for all the use of taxpayer funds to promote the National Endowment for the Arts and other programs that subsidize amoral and degrading activities.

Big-government proponents embrace both the power of the federal government and the idea that millions of Americans ought to be dependent on its largesse. It's time to return to our Founders' love for small government. More is not always better.