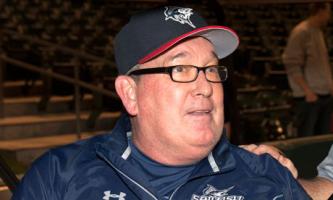 See the gallery for quotes by Gary Carter. You can to use those 8 images of quotes as a desktop wallpapers. 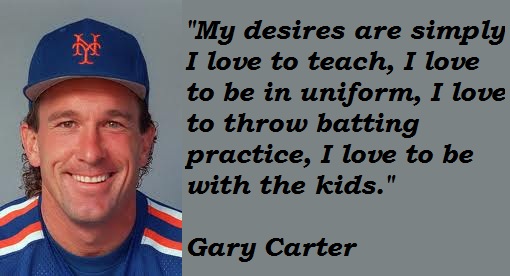 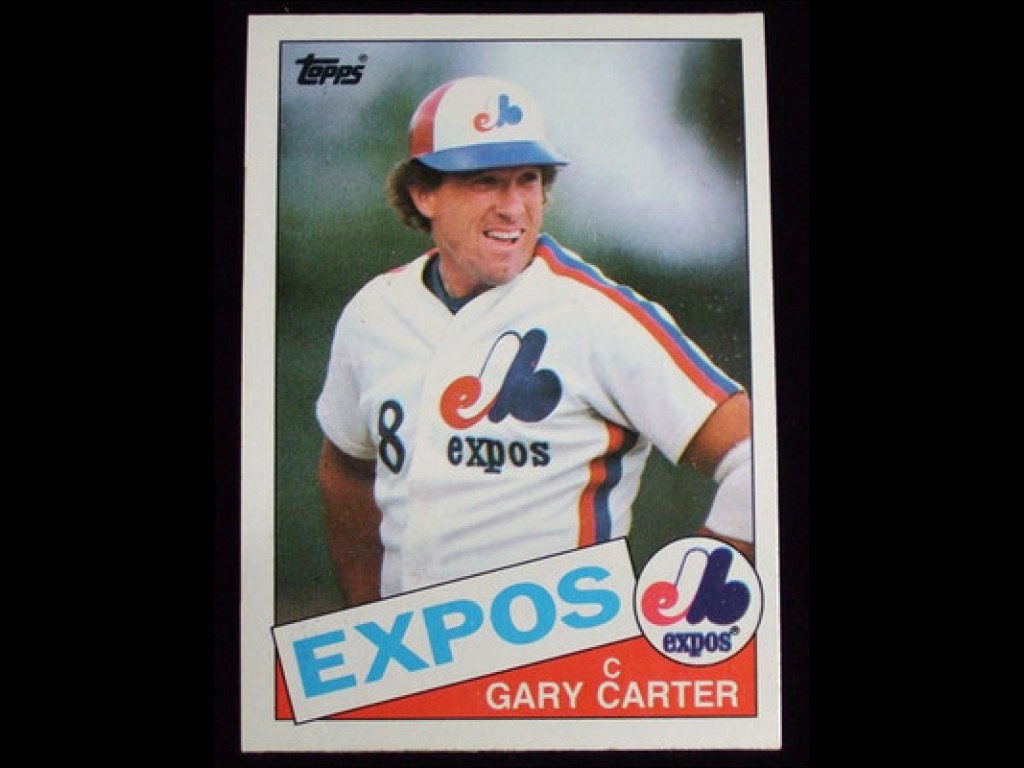 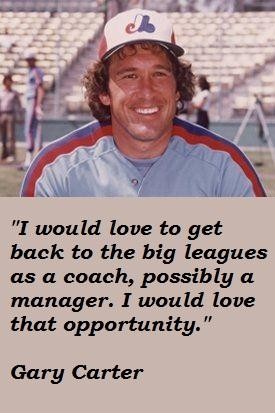 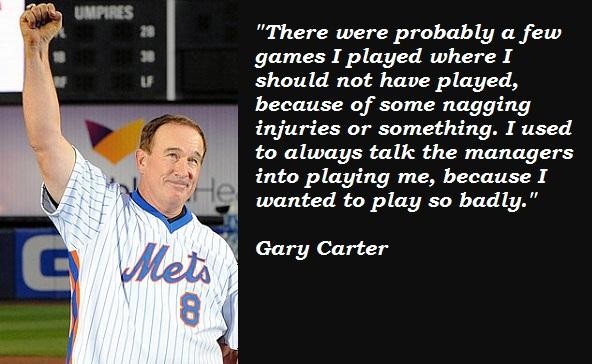 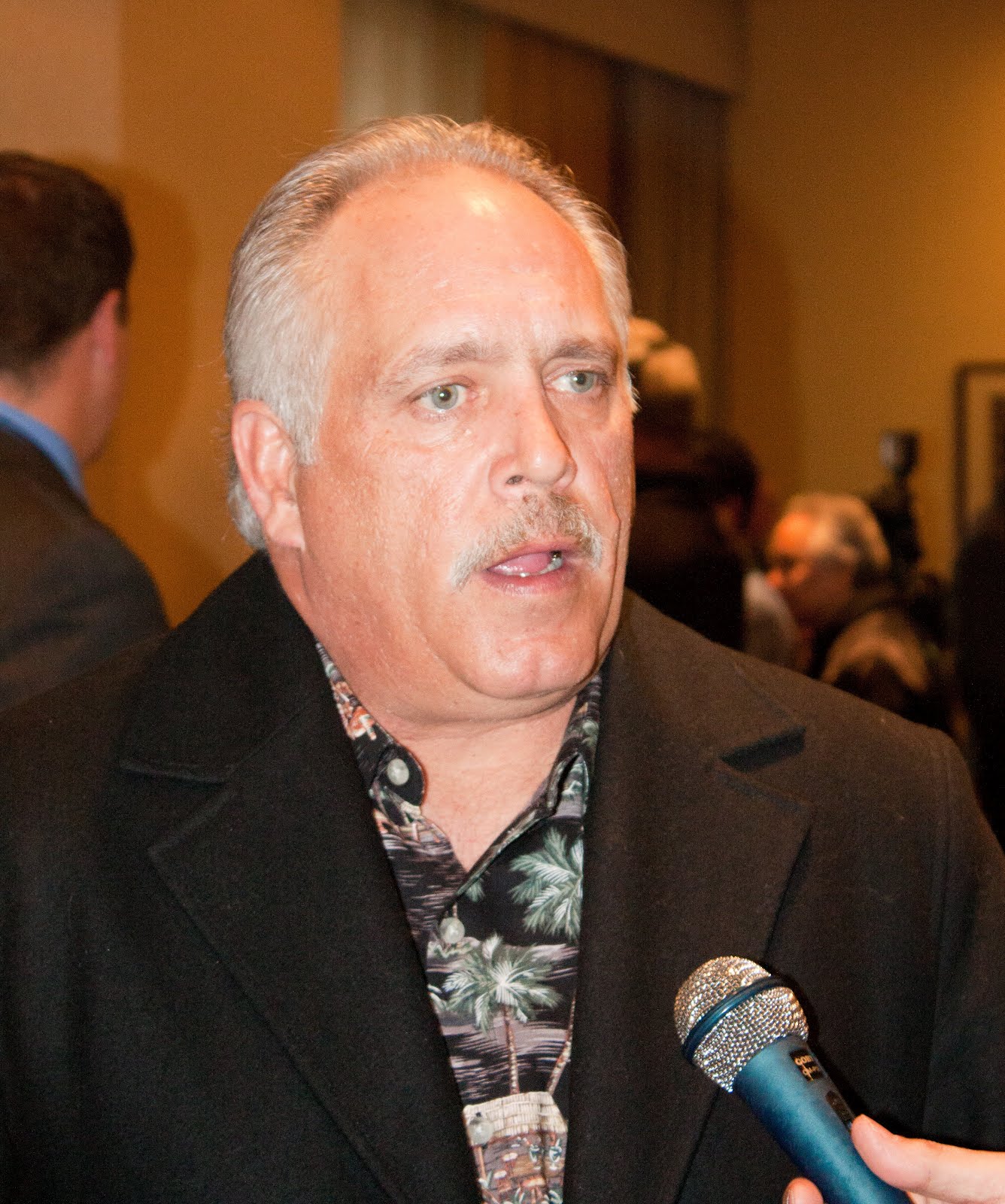 I tried the broadcasting thing, the coaching thing, but I'll never replace the competitive feeling of being out on the field when we were players.

There's a place in my heart for every team I played on.

To be 49 years old now and still be called The Kid, that's kind of special.

I got that nickname my first spring training camp with the Expos in 1974. Tim Foli, Ken Singleton and Mike Jorgensen started calling me 'Kid' because I was trying to win every sprint. I was trying to hit every pitch out of the park.

I remember many a time, going into someplace like Wrigley Field - where you could cut the humidity with a knife - and playing a doubleheader. I loved to play the game. It didn't matter if it was a doubleheader, or a single game, or a day game after a night game. I wanted to play.

It's kind of a tradition that you get a rookie, put him in the middle, wrap your arms and legs around him, then douse him with everything you can get a hold of - shaving cream, ketchup, mustard, everything. It's kind of like a pie in the face after a guy is successful.

Tags: After, Him, Successful

That's what every young kid thinks about when they first put on a uniform - is to play in the Major League and then, ultimately, play in a World Series. To me, that was the ultimate, winning in '86.

There were probably a few games I played where I should not have played, because of some nagging injuries or something. I used to always talk the managers into playing me, because I wanted to play so badly. 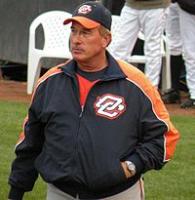 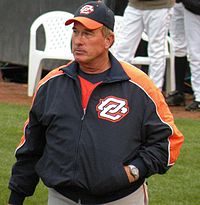 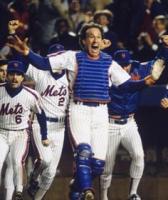 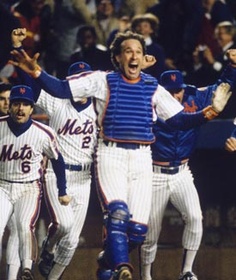