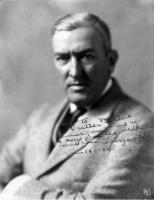 See the gallery for quotes by George Ade. You can to use those 8 images of quotes as a desktop wallpapers. 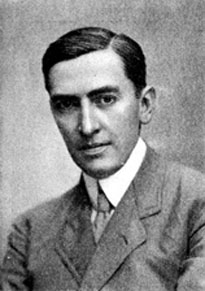 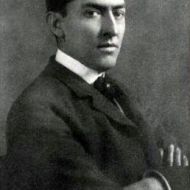 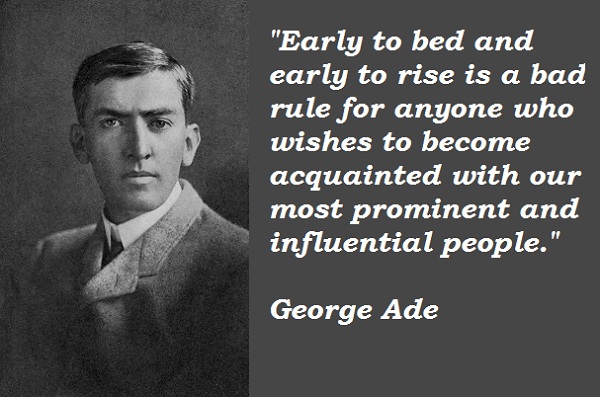 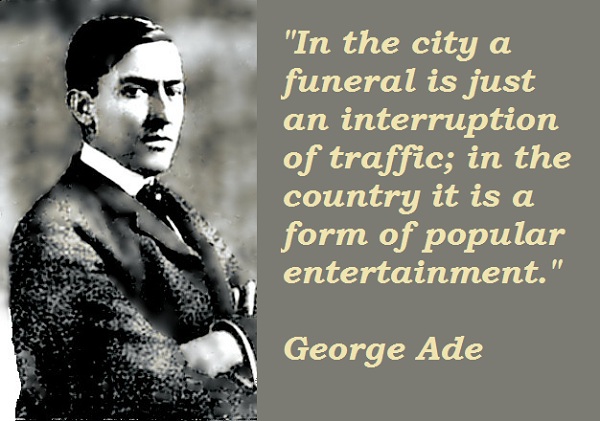 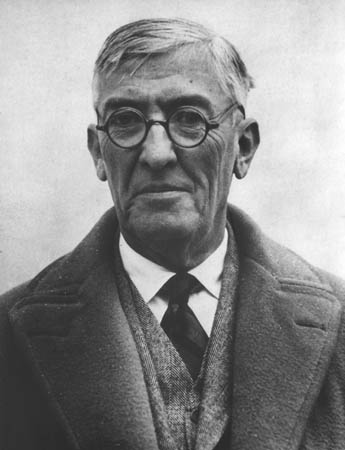 A friend who is near and dear may in time become as useless as a relative.

To insure peace of mind ignore the rules and regulations.

Do unto yourself as your neighbors do unto themselves and look pleasant.

Tags: Pleasant, Themselves, Yourself

One man's poison ivy is another man's spinach.

After being Turned Down by numerous Publishers, he had decided to write for Posterity.

A man never feels more important than when he receives a telegram containing more than ten words.

For parlor use, the vague generality is a life saver.

Tags: Past, Tense, Until

The time to enjoy a European trip is about three weeks after unpacking.

A good jolly is worth what you pay for it.

If it were not for the presents, an elopement would be preferable.

It is not time for mirth and laughter, the cold, gray dawn of the morning after.

Only the more rugged mortals should attempt to keep up with current literature.

She was short on intellect, but long on shape.