See the gallery for quotes by George Woodcock. You can to use those 6 images of quotes as a desktop wallpapers. 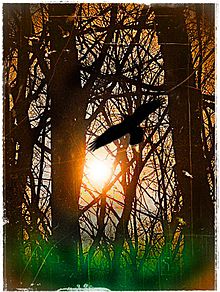 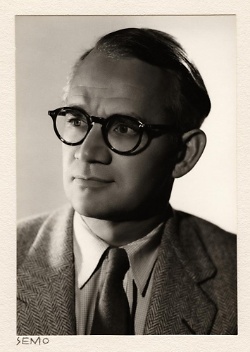 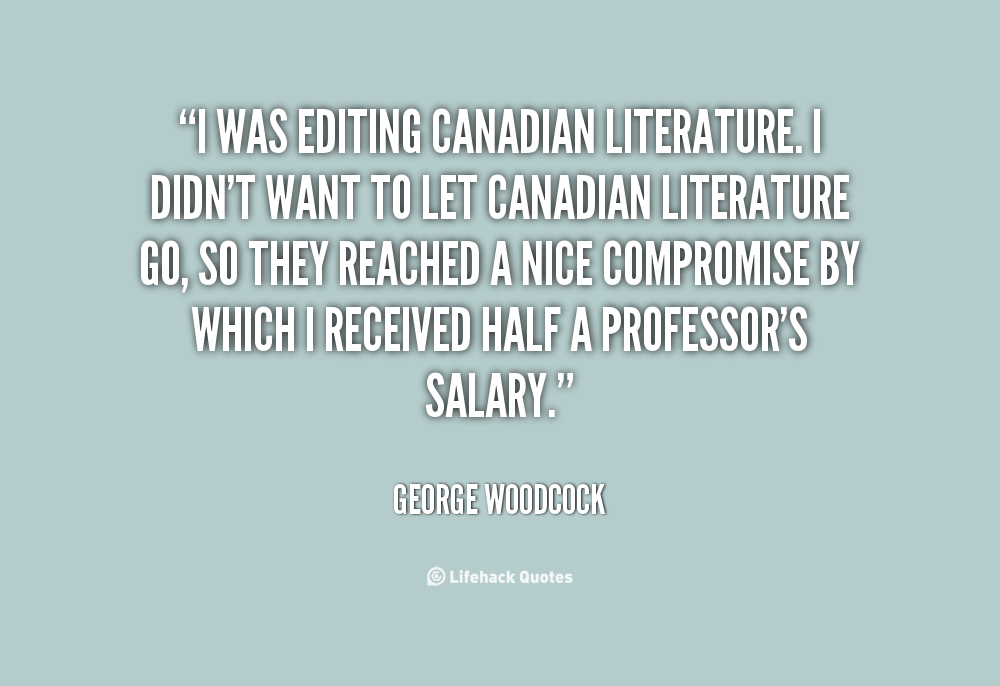 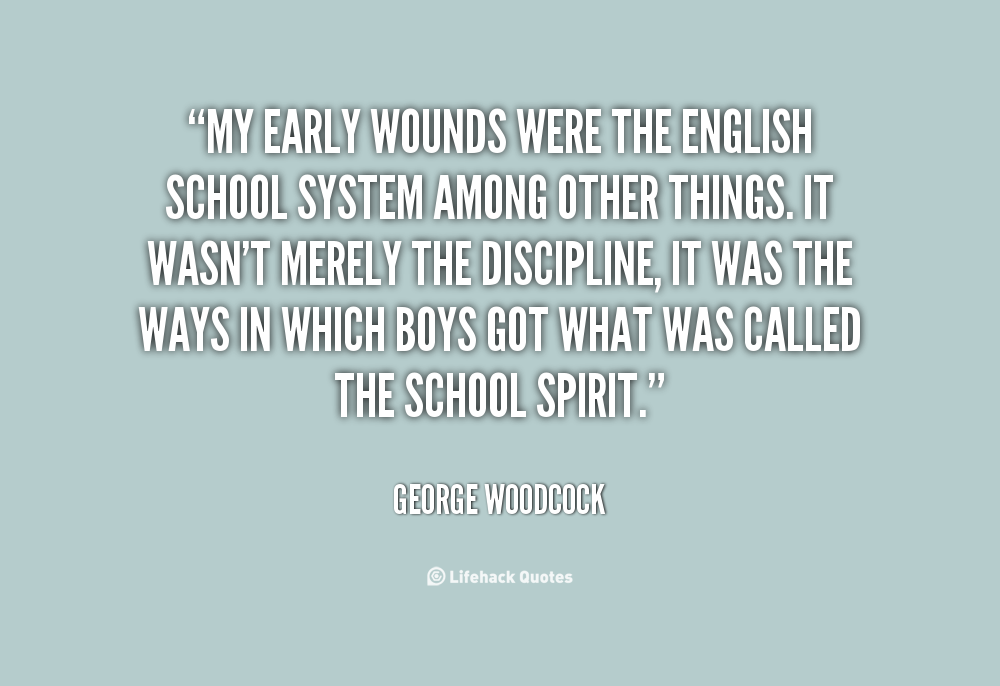 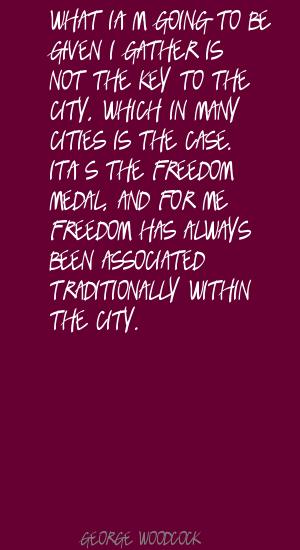 What I'm going to be given I gather is not the key to the city, which in many cities is the case. It's the freedom medal, and for me freedom has always been associated traditionally within the city.

Now I am a writer who can command fairly good payments from magazines with large circulations, I very often refuse to write for them and still write sometimes for small magazines for nothing.

I began even as a boy to realize how wide the world can be for a man of free intelligence.

I believe in that connection between freedom and the city.

I like to move among painters, mathematicians, psychologists, people who can tell me something.

I was allowed to wander where I could. Here is a case in which you search for your independence and allow something creative to come out of that.

It even has the same phraseology as the English orders of knighthood, companions and this sort of thing.

My split with the university was over the fact that I had become involved with helping Tibetans in India.

When you act dramatically in that way it often has a consequence that is very negative.

I don't believe in kicking away ladders. By that, I mean the ladders by which I ascended as a young writer, small magazines that didn't pay anything, and that sort of thing.

I suppose I'm led to do so by the fact of what happened to my contemporaries - people whom I've admired, people who I thought were ten times better than me when I was in my twenties and early thirties. I may have been right.

I was unpopular at school just because I was an intellectual. I always answered all the questions off the top of my head but they nevertheless resented because of that.

It doesn't really mean a great deal of difference to a life. You live as you wish to do and if a job is oppressing, you leave it. I've done it on several occasions.

My early wounds were the English school system among other things. It wasn't merely the discipline, it was the ways in which boys got what was called the school spirit.

Orwell was the sort of man who was full of grievances. He was very loyal. Once he got to know you, he was extremely loyal. He hated passionately and irrationally.

They decided that unpaid leave could only be granted through the decision of a council that consisted almost entirely of scientists who couldn't understand my reasons for wanting to go so. They said no, no unpaid. So I immediately resigned.

You can be bound by physical things, as I am by certain sicknesses, but nevertheless you can still be free to recognize that all initiatives really come from yourself if you don't depend upon structures of government or structures of any kind.