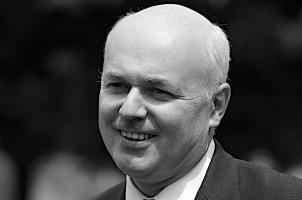 See the gallery for quotes by Iain Duncan Smith. You can to use those 8 images of quotes as a desktop wallpapers. 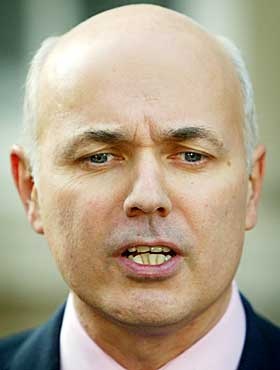 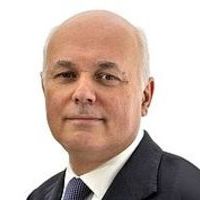 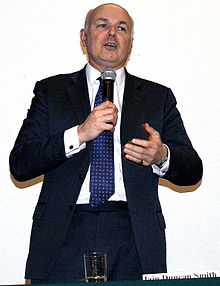 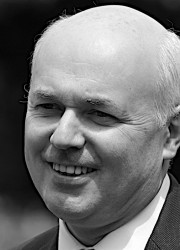 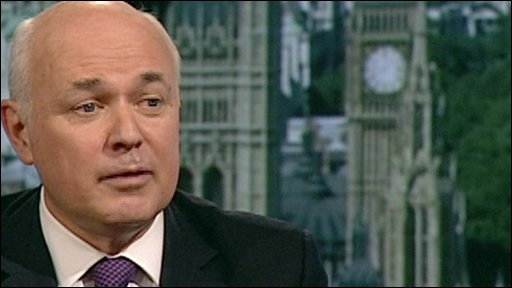 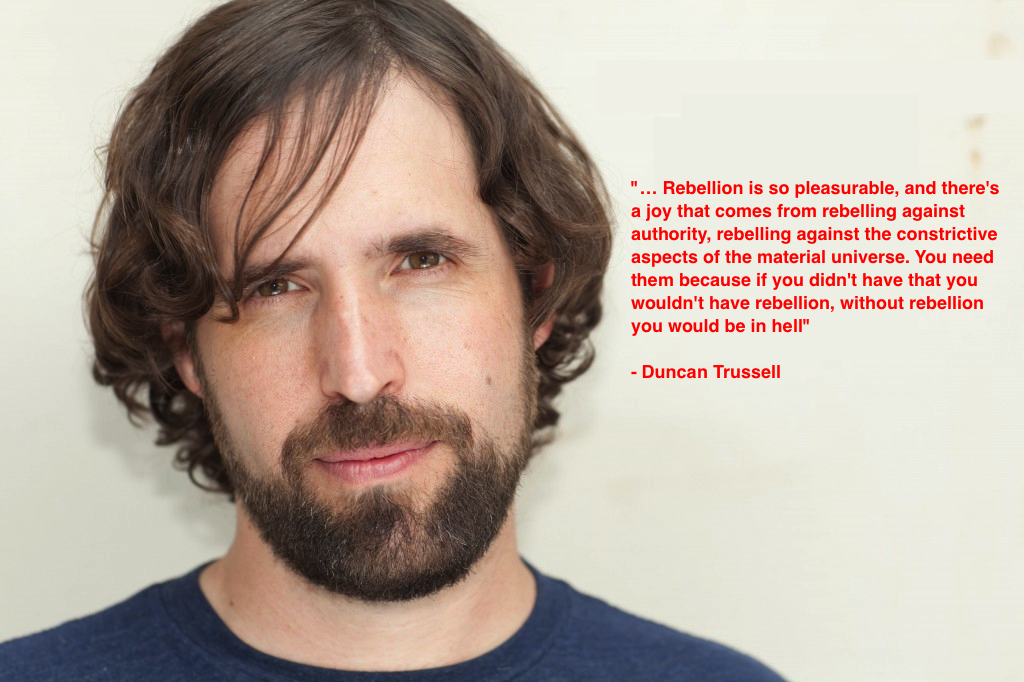 The financial costs of family breakdown are incredibly high.

There are few more powerful tools for promoting stability than the institution of marriage.

There is nothing people can throw at me to say: 'Do this, do that.'

We do a disservice to society if we ignore the evidence which shows that stable families tend to be associated with better outcomes for children.

We do not celebrate people who have made success out of serious hard work.

What happened I think on Sept. 11 was we were given graphic and clear evidence that things had changed.

You know in my own area of Waltham Forest, we've had many murders as a result of the gang violence and often innocent bystanders get caught up in it.

All too often, government's response to social breakdown has been a classic case of 'patching' - a case of handing money out, containing problems and limiting the damage but, in doing so, supporting - even reinforcing - dysfunctional behaviour.

Government cannot do it all. As we work hard to break welfare dependency and get young people ready for the labour market, we need businesses to give them a chance and not just fall back on labour from abroad.

With participation in politics so low at the moment I think Christians should ensure their views are represented at all levels and not leave it to others.

By measuring the proportion of children living with the same parents from birth and whether their parents report a good quality relationship we are driving home the message that social programmes should promote family stability and avert breakdown.

Due to the reliance on the old heavy industries in many parts of the country, it makes perfect sense that we need to spend more money per head of population on welfare support in Scotland.

Even as our economy starts to pick up, and new jobs are created, there is a risk that young people in Britain won't get the chances they deserve because businesses will continue to look elsewhere.

Gang members have invariably grown up in broken, chaotic homes, often experiencing domestic violence; they have truanted from school and many have been formally excluded; and they live in neighbourhoods where worklessness, addiction and crime are rife.

Getting a family into work, supporting strong relationships, getting parents off drugs and out of debt - all this can do more for a child's well-being than any amount of money in out-of-work benefits.

I am an optimist about the UK. We have been involved in trade with our European partners, which we will always be doing whatever this relationship is. We are a member of the EU. That gives us benefits. But we have to figure out where that is going. In the world, we are a global trader already.

I do not believe the picture that some people paint of Scottish towns dependent on welfare. Every time I come here, I meet people who are determined to get into work. Who, with the right help are desperate to get off benefits, support their family and set an example for their children.

I hate this argument that says little Britain or something outside, or Britain is part of a wider Europe. We can both be within our trading relationships within Europe but we can also be a fantastic global trader.

Tags: Both, Hate, Within

I think that the status that you have in life should be reflected in official documents. If you are married, fine, if you are living with someone, fine, if you are single, fine. We don't want to tell people how to live their lives.

If Britain is to have a stable, affordable pension system, people need to work longer, but we will reward their hard work with a decent state pension that will enable them to enjoy quality of life in their retirement.

If you look at the footballers, you look at our celebrity culture, we seem to be saying, 'This is the way you want to be'. We seem to be a society that celebrates all the wrong people.

In Birmingham, Manchester or Liverpool there are white gangs that share the same backgrounds - they come from broken homes, completely dysfunctional, mums for the most part unable to cope, the fathers of these kids completely not in the scene.

In many ways, Scotland will benefit more than other parts of the UK when Universal Credit comes in. A larger percentage of people will see an increase in their income through moving into work or taking on more hours.

It's fairness to say those who work hard, get up in the morning, cut their cloth - in other words 'we can only afford to have one or two children because we don't earn enough'. They pay their taxes and they want to know that the same kind of decision-making is taking place for those on benefits.

Kids are meant to believe that their stepping stone to massive money is 'The X Factor.' Luck is great, but most of life is hard work. We do not celebrate people who have made success out of serious hard work.

Look, I've always said from the word go many years ago that I felt the whole bonus culture, they need to think very carefully about being detached from the rest of the British public.

Much more quotes by Iain Duncan Smith below the page.

My view is pensioners don't have the one option that people of working age have. They can't really increase their income, because they are no longer able to work.

Thankfully, due to the United Kingdom and the commitment of the Westminster government we are able to ensure that money brought in, whether it be from the City of London or from North Sea oil, can be pooled and directed to wherever it is needed most. That is what being in the United Kingdom is all about.

The BBC is locked to the reading of the economy that is run out of Ed Miliband and Ed Balls' office. They think if only you spend and borrow more money you can create growth everywhere.

The fact is that in too many communities in cities in Britain gangs now have become completely rooted into these communities and they destroy them around them.

The future of Conservatism lies in our beliefs and values, not by throwing them away. We need to shed associations that bind us to past failures, but hold faith with those things that make us Conservatives.

We do need to have a little bit more protection and sensibility around pensioners. They are remarkable. They gave so much. We need to make sure we do our best by them.

We have to challenge the whole idea that it's acceptable for a society like Britain to have such a significant number of people who do not work one day of the week and don't have any possibility of improving the quality of their lives.

We have to ensure that our immigration system works in the interests of Britain, enabling us to make a realistic promise to our young school-leavers. It is part of our contract with the British people.

Well obviously the economy is critical to everything we do and we need to get the economy back in shape, the deficit down, the debt paid off, so that the economy can grow again and grow properly.

What we want to do is reform the welfare system in the way that Tony Blair talked about 13 years ago but never achieved - a system that was created for the days after the Second World War. That prize is now I think achievable.

With high underemployment - currently over one million part-time workers in the UK want to work more hours - sanctioning clients who cannot increase their hours seems to be both unworkable and unfair.

Work is transformative. It gives you a greater chance of a greater income. You can affect your life while you're of working age, so you have scope and opportunity. Pensioners do not.

Do not underestimate the determination of a quiet man.

When families are strong and stable, so are children - showing higher levels of wellbeing and more positive outcomes. But when things go wrong - either through family breakdown or a damaged parental relationship - the impact on a child's later life can be devastating.

Well football teams are perhaps easier to control than political parties, I'm sure the Prime Minister would agree with me, but yeah I think every team needs discipline and a sense of self-belief and that's important, that's what leadership's all about.

Too many couples break up without understanding the consequences for their families.

A system that was originally designed to support the poorest in society is now trapping them in the very condition it was supposed to alleviate.

Luck is great, but most of life is hard work.

With the right support, a child growing up in a dysfunctional household, who was destined for a lifetime on benefits could be put on an entirely different track - one which sees them move into fulfilling and sustainable work. In doing so, they will pull themselves out of poverty.

For families across the UK who are income-poor, but more than that, whose lives are blighted by worklessness, educational failure, family breakdown, problem debt and poor health, as well as other problems, giving them an extra pound - say through increased benefits - will not address the reason they find themselves in difficulty in the first place.

For those who are able to work, work has to be seen as the best route out of poverty. For work is not just about more money - it is transformative. It's about taking responsibility for yourself and your family.

No I'm not a great believer in getting back over things and saying if only, or if, or buts because I don't think we actually get anywhere on that.

The public thinks that homelessness is about not having any accommodation to go to.

Every parent wants to know that their children are protected against those who have a particular agenda until they get old enough to make decisions for themselves.

That thing, 'You must stay together for the kids', is out of fashion but is right. It's not arguing parents that children don't like, it is having one parent.

A good proportion of foreign nationals in jobs in the UK are in semi or low-skilled occupations.

After years of piecemeal reform the current welfare system is complex and unfair.

Aspiration, it seems, is in danger of becoming the preserve of the wealthy.

Balance is if you try hard, you work hard then the rewards are in balance with what you put in and what is available.

Can there not be a limit to the fact that really you need to cut your cloth in accordance with what capabilities and finances you have?

I think almost every political leader is always told that the next speech they make is the most crucial one.

I went up to the top of the career ladder and I came down again, I am past all that.

Kids are meant to believe that their stepping stone to massive money is 'The X Factor.'

My personal view is always I'm in favour of anything that gives parliament a greater say. That's after all what we were elected for.

No one out there is interested in who did what to whom in Westminster politics.

Over the years the political establishment has frowned if a mainstream politician mentions marriage.