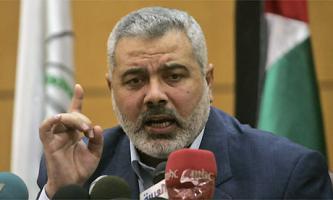 See the gallery for quotes by Ismail Haniyeh. You can to use those 6 images of quotes as a desktop wallpapers. 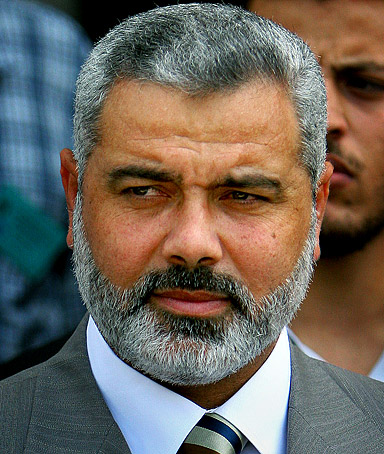 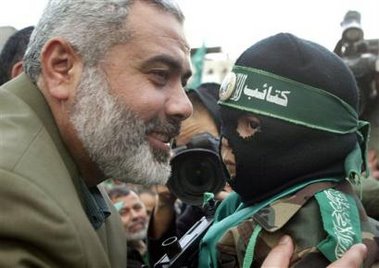 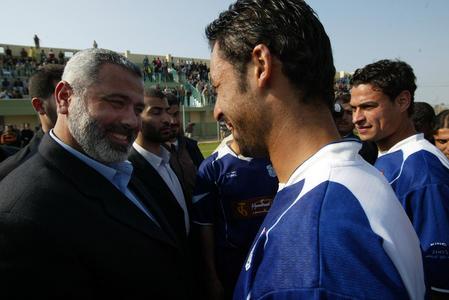 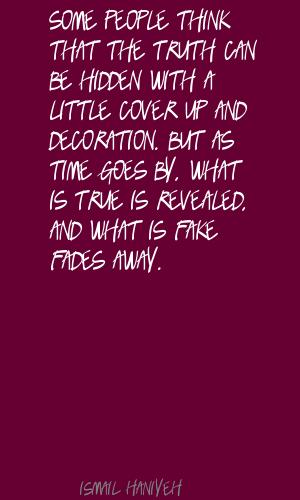 Some people think that the truth can be hidden with a little cover-up and decoration. But as time goes by, what is true is revealed, and what is fake fades away.

Today three-quarters of the Palestinian people are displaced: there are 5 million Palestinian refugees throughout the world.

Tens of thousands have been killed or wounded by the Israeli army since 1967. During 2006, the number of Palestinians killed reached 650. Since the beginning of the Israeli occupation in 1967, more than 650,000 Palestinians have been detained by Israel - about 40% of the male population.

We came to say, the Quran is our constitution, we are committed to God and his holy book. God willing, should they try to carry out their crime against the Quran, God will tear their state apart and they will become God's lesson to anyone who tries to desecrate the holy book.

Anybody who asks for democracy to be introduced should respect the results of democracy.

I know that many in Europe are unhappy with their governments' policies toward the Palestinians.

I salute all the nations of the Arab Spring and I salute the heroic people of Syria who are striving for freedom, democracy and reform.

The increasing mistrust between the Arab-Muslim peoples and the western world is rooted in the conflict in Palestine.

Every Palestinian family feels the effects of the international embargo. But the more the pressure on the government grows, the more support we receive, both from the Palestinian street and from the Arab and Islamic world.

Getting rid of Bin Laden is good for the cause of peace worldwide but what counts is to overcome the discourse and the methods - the violent methods - that were created and encouraged by Bin Laden and others in the world.

I hope that Americans will give careful and well-informed thought to root causes and historical realities, in which case I think they will question why a supposedly 'legitimate' state such as Israel has had to conduct decades of war against a subject refugee population without ever achieving its goals.

In addition to removing our democratically elected government, Israel wants to sow dissent among Palestinians by claiming that there is a serious leadership rivalry among us. I am compelled to dispel this notion definitively.

Israel no longer has allies in Egypt and in Tunisia, we are saying to the Zionist enemies that times have changed and that the time of the Arab Spring, the time of the revolution, of dignity and of pride has arrived.

The Europeans and Americans have said the martyrdom operations are why Hamas has been put on the terrorist list. But now these operations have stopped. Did they then remove Hamas from the list of terrorist organisations? We do not launch wars. We are people resisting occupation.

The liberals and free people of the world will not like to see the Palestinian people living under siege. We have received indications from the international community that they will not stop their aid.

The Palestinian people do not beg the world for a state, and the state can't be created through decisions and initiatives. States liberate their land first and then the political body can be established.

Much more quotes by Ismail Haniyeh below the page.

We are pushing towards the dream of having our independent state with Jerusalem as its capital. If there is a real project that aims to resolve the Palestinian cause on establishing a Palestinian state on 1967 borders, under full Palestinian sovereignty, we will support it.

We don't have a state, neither in Gaza nor in the West Bank. Gaza is under siege and the West Bank is occupied. What we have in the Gaza Strip is not a state, but rather a regime of an elected government. A Palestinian state will not be created at this time except in the territories of 1967.

We repeat today that we are with the establishment of a Palestinian state on any liberated part of Palestinian land that is agreed upon by the Palestinian people, without recognizing Israel or conceding any inch of historical Palestine.

When I said a few weeks ago that our people would eat cooking oil and olives if necessary, I didn't mean that there really would be only oil and olives. What I meant was that our people have the necessary patience to endure the current difficult situation. Palestinians would rather do without certain food items than their national rights.