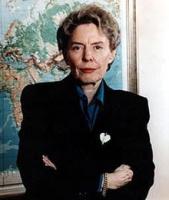 See the gallery for quotes by Jeane Kirkpatrick. You can to use those 8 images of quotes as a desktop wallpapers. 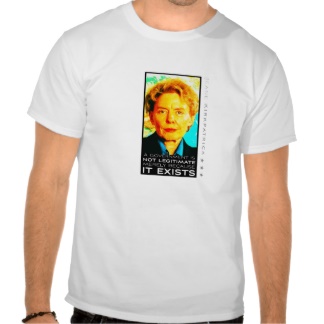 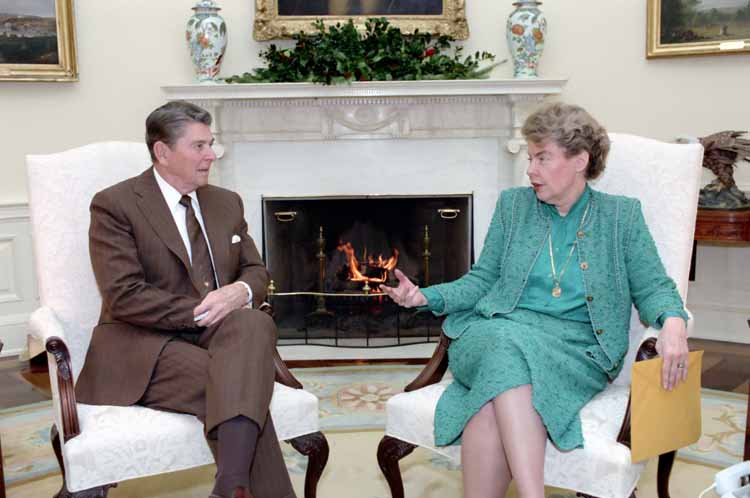 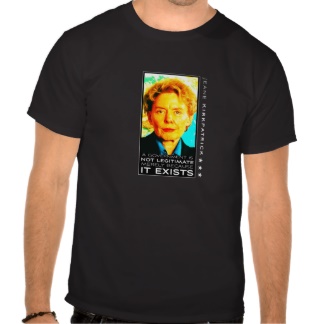 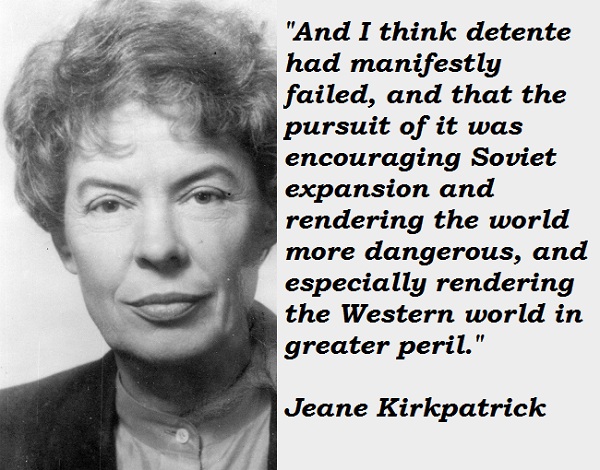 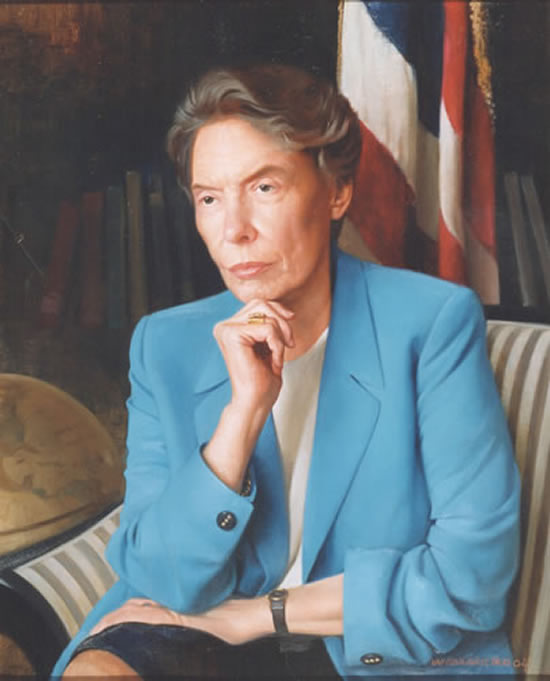 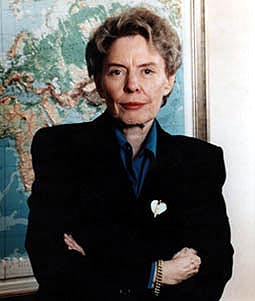 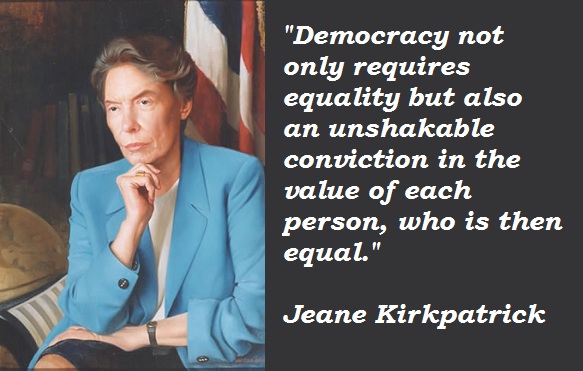 We have war when at least one of the parties to a conflict wants something more than it wants peace.

I was a woman in a man's world. I was a Democrat in a Republican administration. I was an intellectual in a world of bureaucrats. I talked differently. This may have made me a bit like an ink blot.

I'm a political scientist and I study these things, and I know that economic problems, with the rising unemployment and inflation and low productivity and so forth, were a factor in that election, in that defeat of President Carter.

A doctrine of class war seemed to provide a solution to the problem of poverty to people who know nothing about how wealth is created.

Democracy not only requires equality but also an unshakable conviction in the value of each person, who is then equal.

I always assume that democracy is the only good form of government, quite frankly, and democracy is always to be preferred.

A government is not legitimate merely because it exists.

And I have no doubt that the American people generally believe the world is safer, and that we are safer, when we are stronger.

I conclude that it is a fundamental mistake to think that salvation, justice, or virtue come through merely human institutions.

I think that there is absolutely no free market in modern industrial states.

Look, I don't even agree with myself at times.

Solidarity was the movement that turned the direction of history, I think.

There is an absolutely fundamental hostility on the part of totalitarian regimes toward religion.

There is no pure free-market economy.

What takes place in the Security Council more closely resembles a mugging than either a political debate or an effort at problem-solving.

And I think detente had manifestly failed, and that the pursuit of it was encouraging Soviet expansion and rendering the world more dangerous, and especially rendering the Western world in greater peril.

Cross cultural experience teaches us not simply that people have different beliefs, but that people seek meaning and understand themselves in some sense as members of a cosmos ruled by God.

I think that it's always appropriate for Americans and for American foreign policy to make clear why we feel that self-government is most compatible with peace, the well-being of people, and human dignity.

In the years just before... during the Carter years, the Soviets regularly violated, if you will, both the spirit and theletter of arms control agreements, I think, that they had negotiated during the period of detente.

That is simply that Marxism has been tremendously fashionable in our time, so it has infected a very large number of major institutions in many countries of the world. So I suppose that we shouldn't be too surprised that it should infect the church as well.

The real point is that totalitarian regimes have claimed jurisdiction over the whole person, and the whole society, and they don't at all believe that we should give unto Caesar that which is Caesar's and unto God that which is God's.

Truth, which is important to a scholar, has got to be concrete. And there is nothing more concrete than dealing with babies, burps and bottles, frogs and mud.