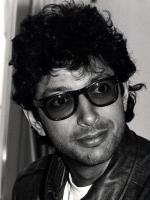 See the gallery for quotes by Jeff Goldblum. You can to use those 6 images of quotes as a desktop wallpapers. 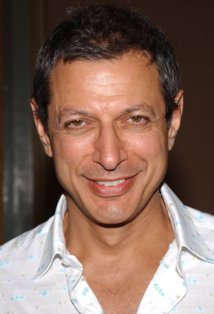 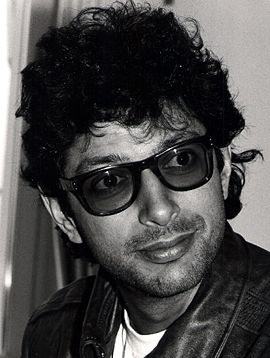 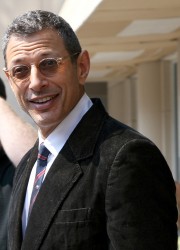 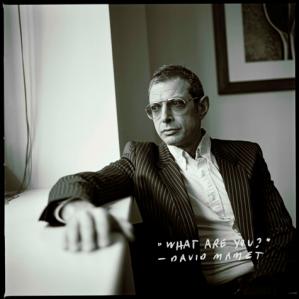 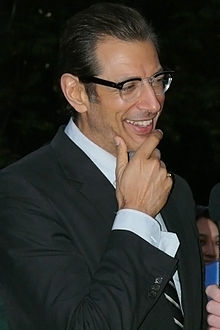 I now, more and more, appreciate when I'm in a group of good people and get to work in good movies and projects. I'm wildly grateful and appreciative.

If any movie people are watching this show, please, for me, have some respect. You wanna sell some tickets, act like you know what you're talking about.

To be able to always have a super sense of who I was and my own real identity and be petty and seem informed and always thinking in thoughts would be great.

Well, Well, Well, its certainly a compelling provocative exciting delicious to think about idea, smart people say the universe is so big there must be something statistically it could be likely there could be something happening on some other world.

It's a delight to trust somebody so completely.

I, uh, don't think I'm, y'know, so different than your average, y'know, average.

The original settlers of Alaska apparently were Russian.

At the end of the movie all of us have this shared redemption.

Hawaii can be heaven and it can be hell.

It's mysterious what attracts you to a person.

The movie feels to me like a real work of lovely art.

Even if I don't have a job, I work on plays and scenes.

How can you say when you're attracted to something? It's not easy to articulate my tastes.

I don't go to these places where there are belly dancers and this and that.

I love the ocean. Boats, not so much.

I love to be directed. They can trust me and go.

I thought, this is a good sign. There's something perfect and right about this.

I travel for work, but recently, friends said I should take major trips.

I've turned my guest house into this little studio, and we have actors come over and do readings.

Much more quotes by Jeff Goldblum below the page.

It's an important fact of life, war.

It's best not to stare at the sun during an eclipse.

It's nice to play a character that has a soulful, dependent, close relationship. It must mean my character is interesting in some way.

It's not charming to go on a show and say, I dunno. It doesn't fool anybody. There's nothing glamorous about it at all.

My friend Ed Begley goes fishing. It's a little smelly to me, I don't like it so much. I like to eat fish, but I don't like to catch them.

No matter how you travel, it's still you going.

No pay, no Goldblum. That's it.

This was one of the places people told me to go, it was one the big trips that you should see: Alaska.

Well, of course I would choose to be the top scientist in my field.

Adversity is like a strong wind. It tears away from us all but the things that cannot be torn, so that we see ourselves as we really are.

Never give up; for even rivers someday wash dams away.

Tags: Away, Give, Someday

Passion can quickly slip to jealousy, or even hatred.

Hopes are like hair ornaments. Girls want to wear too many of them. When they become old women they look silly wearing even one.

We can never flee the misery that is within us.

I don't like things held up before me that I cannot have.

I don't think any of us can speak frankly about pain until we are no longer enduring it.

I worried she might spend an afternoon chatting with me about the sights and then wish me best of luck.

It is confusing, because in this culture we really don't have anything that corresponds to geisha.

What I had to do was keep the story within certain limits of what was, of course, plausible.

What I really wanted to know, though, was what it was like to be a geisha? Where do you sleep? What do you eat? How do you have your hair done?

Geisha because when I was living in Japan, I met a fellow whose mother was a geisha, and I thought that was kind of fascinating and ended up reading about the subject just about the same time I was getting interested in writing fiction.

I studied Japanese language and culture in college and graduate school, and afterward went to work in Tokyo, where I met a young man whose father was a famous businessman and whose mother was a geisha.

This character's entirely invented, and the woman that I interviewed wouldn't recognize herself, or really anything about herself, in this book, which she hasn't read, because she doesn't read English.

This time all the historical details and things were right. But I'd written it again in third person, and people found it dry. I decided to throw that one away.

You know, the men go to tea houses with the expectation that they will have a nice quiet evening and not read about it the next morning in the newspaper.