See the gallery for quotes by Jim Gerlach. You can to use those 7 images of quotes as a desktop wallpapers. 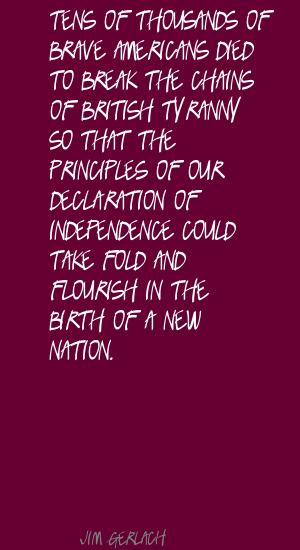 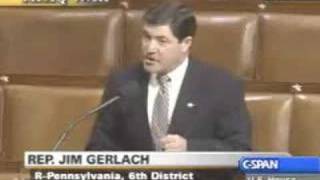 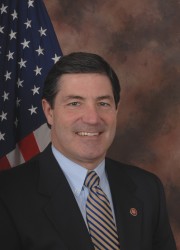 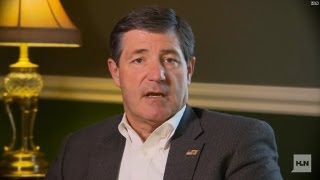 The Hussein regime's support for terrorism, within and outside of its borders, its appetite for the world's most dangerous weapons, and its openly declared hostility to the United States were a combination that was a gathering and growing danger to our country.

The transfer is a monumental occasion as the Iraqi people take control of their government and their future and forge ahead with creating a society governed by the tenets of life, liberty and freedom.

United States and Coalition forces will remain in Iraq and will operate under American command as part of a multinational force authorized by the United Nations.

Yet the march toward freedom is not without its hazards or its casualties and the threats of violence aimed at Iraqis who participate in the election will be dealt with accordingly.

Tens of thousands of brave Americans died to break the chains of British tyranny so that the principles of our Declaration of Independence could take fold and flourish in the birth of a new nation.

Without true medical liability reform, our doctors will continue to leave, and young doctors coming out of medical school $100,000 to $200,000 in debt will not be able to afford such onerous costs.

It is in times of great tragedy when the true spirit of our wonderful country unites as one.

After careful deliberation, I voted today to reauthorize the Patriot Act.

By ending the Hussein regime, the United States has taken away yet another incubator of terrorism.

Tags: Another, Away, United

It is vital that we communicate to seniors their options regarding prescription drug assistance.

Long gone are the days when hospital stays and surgeries made up the bulk of seniors' annual medical expenses.

Not only is Rip Hamilton an outstanding basketball player, he is also known for giving back to his community.

Our employers today face numerous challenges and stiff competition from businesses all over the world.

Up to 80 percent of the fish that we catch spend at least part of their lives in estuaries.

Although many seniors are happy with the generous drug coverage they have from their former employers, the number of companies offering that kind of coverage has decreased by one-third since the mid-1980s.

Further, by acting decisively in Iraq, the United States has sent very strong signals to other nations that have been or could be terrorist sympathizers.

Had the United States not acted in Iraq, Libyan leader Muammar Qadhafi would likely not have declared his weapons programs, submitted to international inspections and voluntarily dismantled its programs.

I'm confident in our resolve to make the decisions necessary to keep our country and our people safe and prosperous and I look forward to representing the citizens of Pennsylvania's 6th Congressional District for the next two years.

In addition, it is very likely that United States action in Iraq caused Iran to open its nuclear facilities for international inspection and suspend its uranium enrichment activities.

Low-income seniors who choose to enroll in a drug discount plan will receive $600 of Federal assistance in 2004 and 2005 to further defray the costs of their medications.

Much more quotes by Jim Gerlach below the page.

On Jan. 30, millions of Iraqis will cast ballots in the country's first fair and free election in decades, marking continued progress in Iraq's transition toward a country built on the pillars of democracy and freedom for all.

Since its enactment in the weeks following the September 11 terrorist attacks, the tools in the Patriot Act have been used by law enforcement to stop more than 400 terrorist threats to our families and communities.

Since the events of September 11, we've rightfully changed our military strategy so we're now taking the fight to those individuals who aim to do us harm, rather than waiting for another atrocious attack to happen.

Since the ousting and capture of Saddam Hussein by U.S. forces, civil rights and personal freedoms have been restored in Iraq, as well as equal rights to all, not just to Saddam's entourage of terrorists.

Silver and gold the Gods have denied them, whether in mercy or in wrath, I am unable to determine.