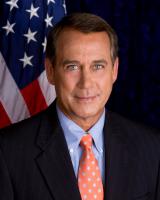 See the gallery for quotes by John Boehner. You can to use those 8 images of quotes as a desktop wallpapers. 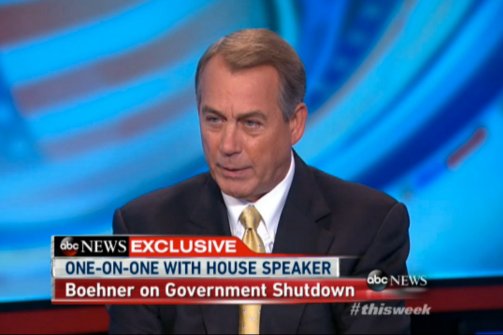 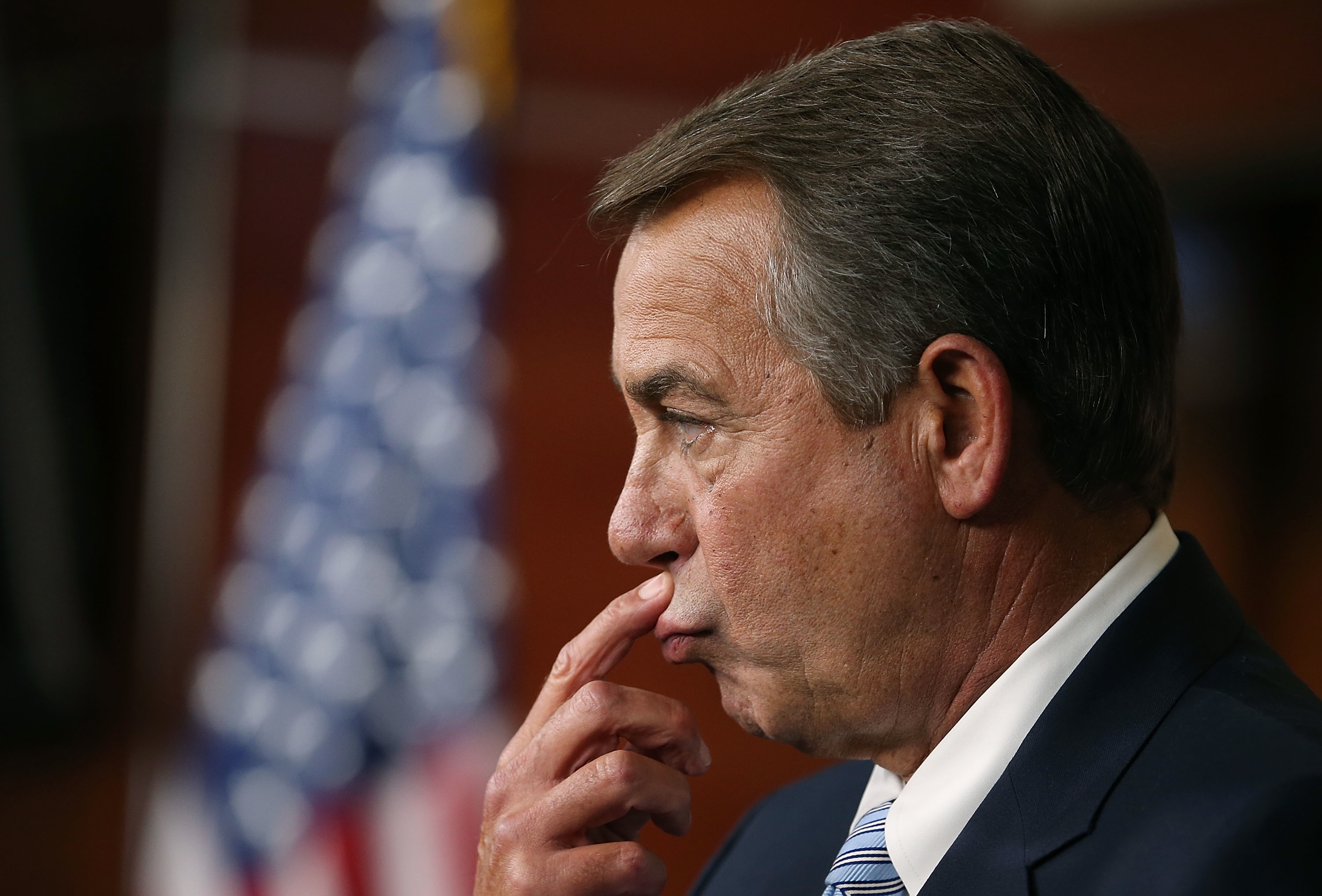 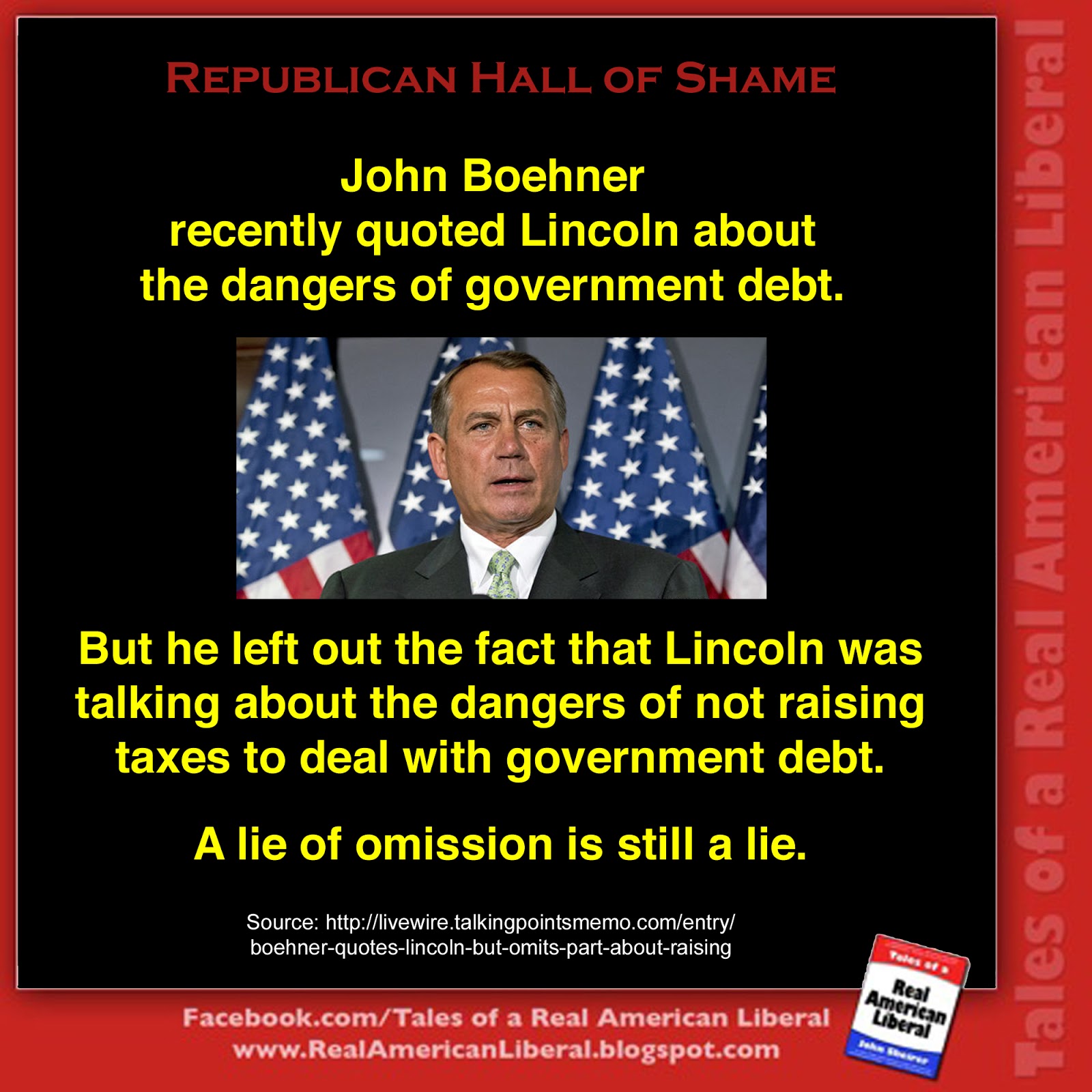 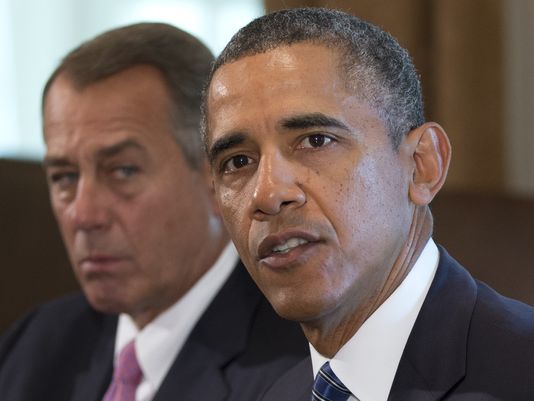 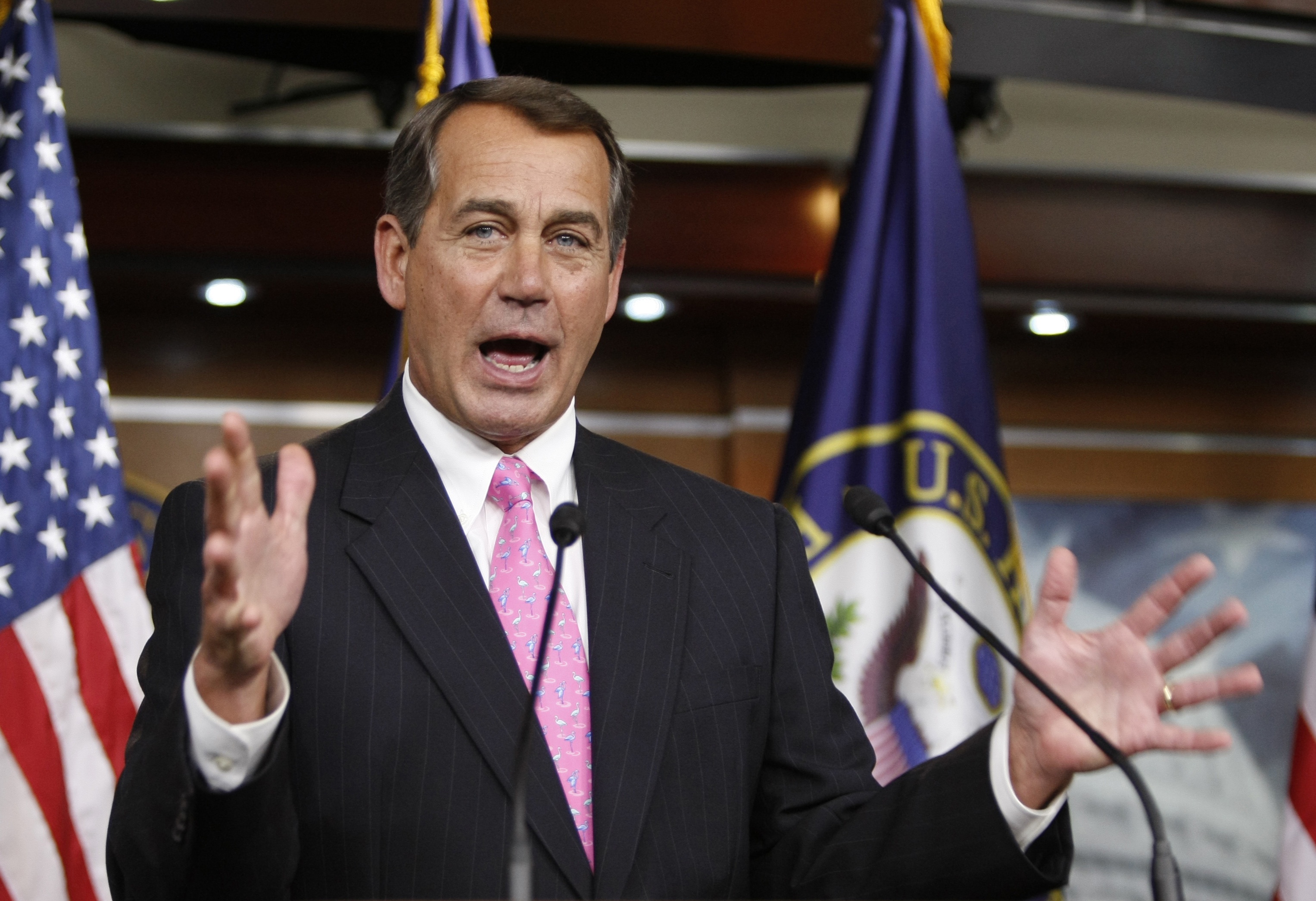 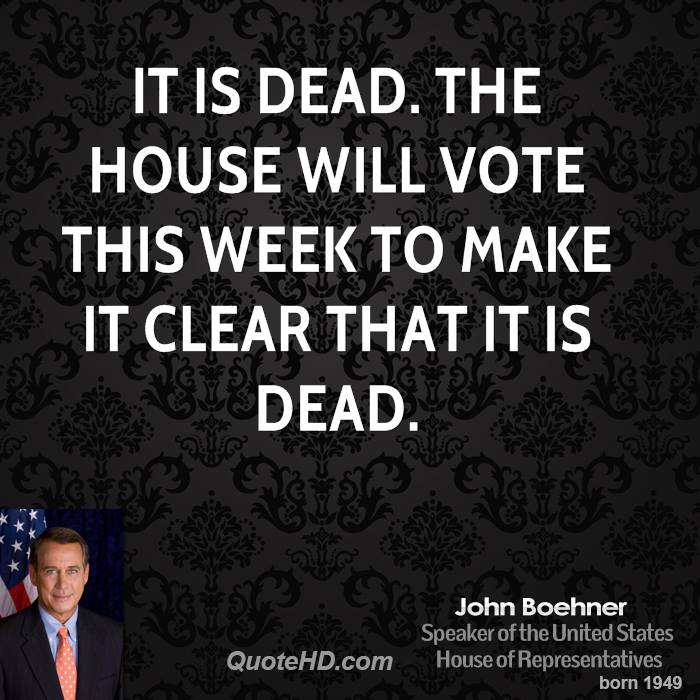 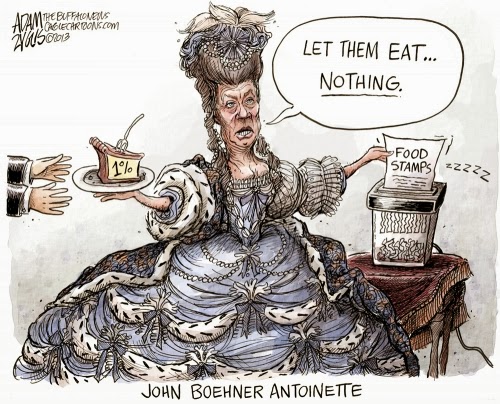 Our manifesto, whatever it will be called, will come from the people who are really in charge of this country, and that's the American people.

Since its first day as a nation, Israel has lived under a cloud of aggression from militant extremists and hostile neighboring governments.

Stem cell research must be carried out in an ethical manner in a way that respects the sanctity of human life.

They have called Operation Iraqi Freedom a war of choice that isn't part of the real war on terror. Someone should tell that to al Qaeda.

We have to deal with two issues. Spending and taxes.

The aggressive, unprovoked acts of violence against Israel by Hezbollah and Hamas are revealing. It is clear they don't want peace, but rather seek the ultimate destruction of Israel.

We can continue to make significant strides in the scientific community by exploring new stem cell research methods that do not include destroying human embryos.

And that is why marriage and family law has emphasized the importance of marriage as the foundation of family, addressing the needs of children in the most positive way.

Before the trip began we mapped out three primary goals: 1) to see and meet with our American troops, and thank them for their bravery and sacrifice; 2) to assess the security situation in Iraq; and 3) to give our support to Iraq's national unity government.

But make no mistake, the President will find in our new majority the voice of the American people as they've expressed it tonight: standing on principle, checking Washington's power and leading the drive for a smaller, less costly, and more accountable government.

Earmarks have become a symbol of a Congress that has broken faith with the people. This earmark ban shows the American people we are listening and we are dead serious about ending business as usual in Washington.

I think the government should do everything they possibly can to, to bring this crisis to an end; and that means going after BP, enforcing the laws that are on the books, and restoring the gulf to its original condition.

Listen, I think what's best for the economy and to create jobs is to extend all of the current tax rates - for all Americans. It - it begins to reduce the uncertainty. And for small businesspeople, they can look up and begin to plan.

Most recently, terrorist forces have captured Israeli soldiers and fired rockets into Israeli cities - both unprovoked. These acts of aggression deserve the rapid and decisive response they received.

No, let's make sure that people understand that this is a very important war that is helping to protect us here at home. And that we have no choice but to win it. As difficult as it is.

The American people think the government in Washington is too big. That it spends too much. And - and that it's totally out of control. They want something done about it.

They know the importance of their mission and of America's commitment to combating and defeating terrorism abroad, and they know that they are making a real difference in bringing freedom to a part of the world that has known only tyranny.

This resolution simply says Israel has the right to defend itself. This includes conducting operations both inside its borders and in the territory of nations that threaten it, which is in accordance with international law.

We hope President Obama will now respect the will of the people, change course, and commit to making the changes they are demanding. To the extent he is willing to do this, we are ready to work with him.

Well, as a former small businessperson - I understand what's going on, I think in the business community. And businesspeople around the country are looking at all the spending and all the debt. They're looking at all the policies coming out of this Congress and this administration the last two years, and they - it's created all this uncertainty.

While 45 of the 50 States have either a State constitutional amendment or a statute that preserves the current definition of marriage, left-wing activist judges and officials at the local levels have struck down State laws protecting marriage.

Much more quotes by John Boehner below the page.

Will we fight or will we retreat? That is the question that is posed to us. Some of my friends on the other side of the aisle often refer to Iraq as a distraction.

Studies show that children best flourish when one mom and one dad are there to raise them.

I started out mopping floors, waiting tables, and tending bar at my dad's tavern. I put myself through school working odd jobs and night shifts. I poured my heart and soul into a small business. And when I saw how out-of-touch Washington had become with the core values of this great nation, I put my name forward and ran for office.

Listen, you only tease the ones you love.

Our freedoms were born in the ideals of the Enlightenment and the musket fires of an historic revolution.

Protecting the institution of marriage safeguards, I believe, the American family.

It's easy to kick somebody when they're down. George W. Bush has dealt with more difficult issues than any president since Franklin Roosevelt. And I've told my colleagues it's time that we go stand up for the president.

The United States and Israel have a unique relationship based on our mutual commitment to democracy, freedom, and peace. Therefore, just as our commitment to these principles must be steadfast, so must our support for Israel.

House Republicans want to pass a strong border security, illegal immigration bill. We want a bill. There is no ifs, ands or buts about it.

The United States did not choose to fight Islamic extremists. These terrorists chose to fight our way of life. They chose to challenge our existence.

The value of the majority lies not in the opportunity to wield great power, but in the chance to use power to do great things.

It's pretty clear that over the last three months the economy has paused. And it's also pretty clear the American people are still demanding and asking the question, 'Where are the jobs?' And the reason we don't have new jobs is because of the job-killing agenda pursued by President Obama and his allies in the Congress.

Mr. President, the buzz saw that your healthcare bill ran into wasn't lobbyists and special interests it was tens of millions of American's who were saying, 'Stop!'

During the 1990s, world leaders looked at the mounting threat of terrorism, looked up, looked away, and hoped the problem would go away.

I am not for raising taxes on the American people in a soft economy.

I'm what you'd call a regular guy with a big job.

I've got 11 brothers and sisters.

Make no mistake, a 'yes' vote on the Democrats' health care bill is a vote for taxpayer-funded abortions.

Mitt Romney comes from a family of builders.

My dad and my uncles owned a bar outside of Cincinnati. I worked there growing up, mopping floors, waiting tables.