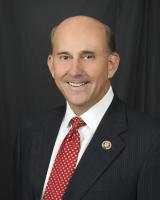 See the gallery for quotes by Louie Gohmert. You can to use those 6 images of quotes as a desktop wallpapers. 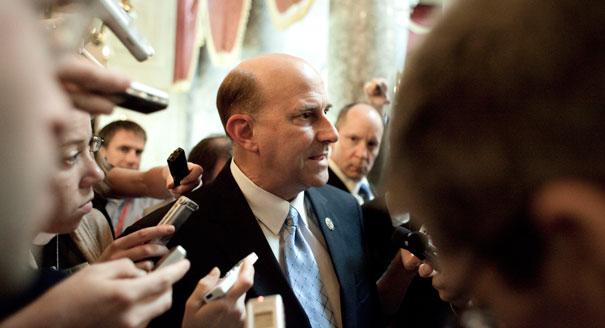 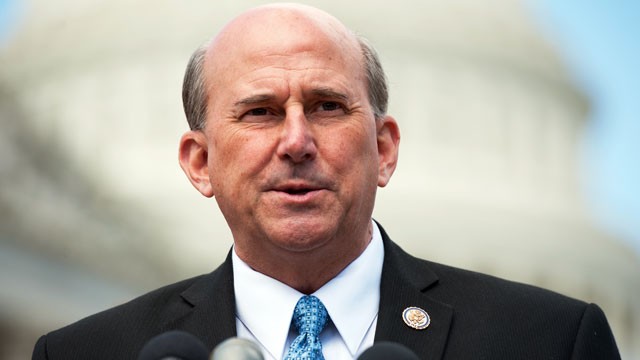 Whether you're president or speaker, if you're wrong, we need to stand up and point it out. That's what Martin Luther King had talked about: being judged by the content of our character and not the color of our skin. So some of us pounded away on some of the ridiculous policies of Pelosi - and lo and behold, over time, the public began to see.

I don't care what gender someone is, or what race they are. Those things don't matter to me.

Anyone who thinks you can pay $3,100 to the federal government and thinks you can get that money back completely in services - like I said - he may go to M-I-T but he is an N-U-T. 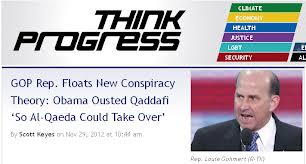 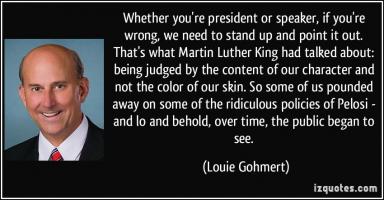 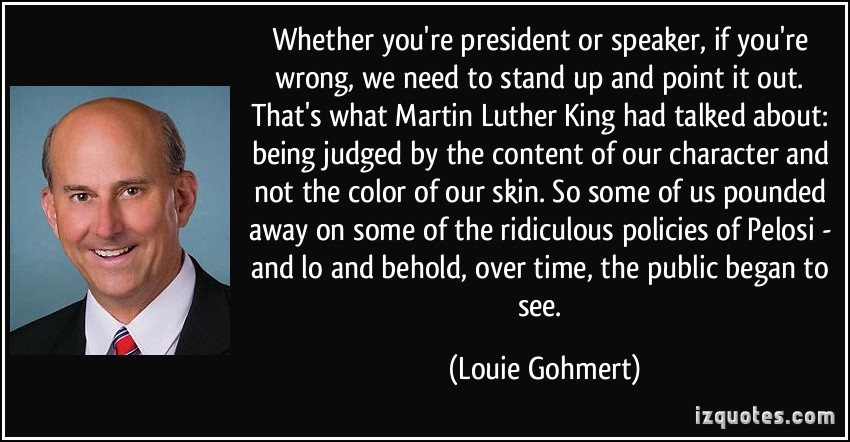 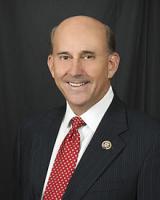 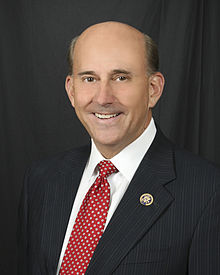 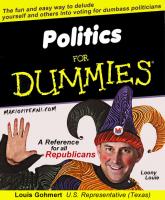 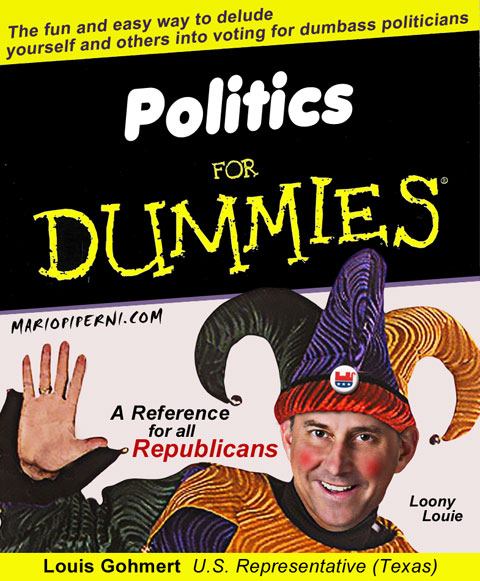