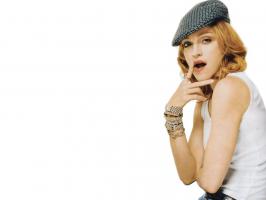 See the gallery for quotes by Madonna Ciccone. You can to use those 7 images of quotes as a desktop wallpapers. 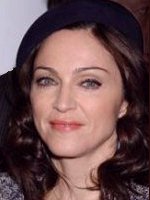 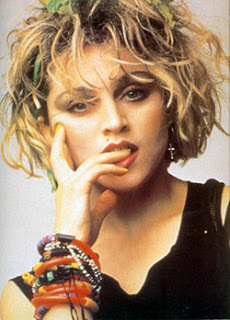 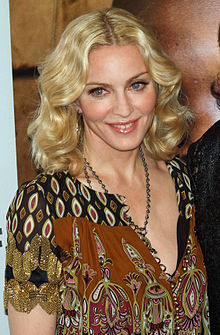 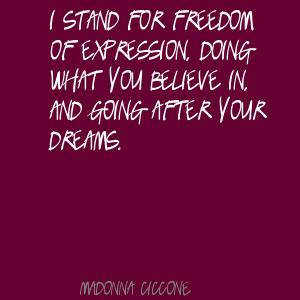 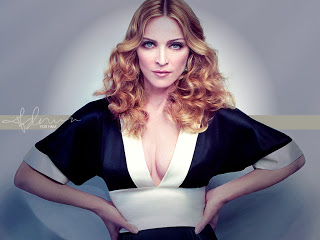 Part of the reason I sort of shot out like a cannon out of Michigan and left home at such an early age is because I had to feel independent.

People hear the soul, black influence in my voice. I grew up listening to CKLW and all the black stations like WLBS.

Prince Charles is very relaxed at the table, throwing his salad around willy-nilly. I didn't find him stiff at all.

Things were a lot simpler in Detroit. I didn't care about anything but boyfriends.

But I love the idea - whether it's in my work or where I live - exploring new frontier, and I like putting myself in strange places and trying to survive and figure things out and gather up an infrastructure. I like knowing that I could figure out a way to live anywhere.

I suppose I sometimes used to act like I wasn't a human being... Sometimes I look back at myself and remember things I used to say, or my hairstyle, and I cringe.

I think the biggest reason I was able to express myself and not be intimidated was by not having a mother. For example, mothers teach you manners. And I absolutely did not learn any of those rules and regulations.

On the one hand, the idea of marriage and the sort of traditional family life repulses me. But on the other hand, I long for it, you know what I mean? I'm constantly in conflict with things. And it is because of my past and my upbringing and the journey that I've been on.

Sometimes you want to go for a walk and you don't want to be watched. You just want to be anonymous and blend in. Especially when I travel, I feel that way, because I can't really go out and see a city the way other people can and I miss out on a lot.

A lot of places I go are dangerous, like Tel Aviv or Rio, but that never stops me from going there and putting on a show. I have good security. I don't worry about that.

Everybody in our family studied a musical instrument. My father was really big on that. Somehow I only took a year or two of piano lessons and I convinced my father to let me take dancing lessons.

I go to Malawi twice a year. It's where two of my children were adopted from, and I have a lot of projects there that I go and check up on and children who I look after. It's sort of a commitment that I've made to this country and the hundreds of thousands of children there who have been orphaned by AIDS.

I guess some people are brilliant enough to be brilliant on their own and never doubt anything and come up with fabulous things. But I think it's good to get into arguments with people and have them say, 'That sucks' or 'You're crazy' or 'That's cheesy' or 'What do you think of this?'

I really saw myself as the quintessential Cinderella. I think that's when I really thought about how I wanted to do something else and get away from all that.

Tags: Away, Else, Thought

I think in the end, when you're famous, people like to narrow you down to a few personality traits. I think I've just become this ambitious, say-whatever's-on-her-mind, intimidating person. And that's part of my personality, but it's certainly not anywhere near the whole thing.

If any of you have seen my shows, you know that I don't skimp on them and the same is true for the gym. We spend what it takes to make a globally first-class gym.

There are moments when I can't believe I'm as old as I am. But I feel better physically than I did 10 years ago. I don't think, Oh God, I'm missing something.

When I first came to New York I was a dancer, and a French record label offered me a recording contract and I had to go to Paris to do it. So I went there and that's how I really got into the music business. But I didn't like what I was doing when I got there, so I left, and I never did a record there.

I stand for freedom of expression, doing what you believe in, and going after your dreams.

I think my biggest flaw is my insecurity. I'm terribly insecure. I'm plagued with insecurities 24/7.

Much more quotes by Madonna Ciccone below the page.

Tags: Another, Poor, Whose

I want to be like Gandhi, and Martin Luther King, and John Lennon... but I want to stay alive.

I always felt like I was a freak when I was growing up and that there was something wrong with me because I couldn't fit in anywhere.

Catholicism is not a soothing religion. It's a painful religion. We're all gluttons for punishment.

I have my work and my faith... If that's boring to some people, I can't tell you how much I don't care.

I like to change. A new lamp, a piece of art, can transform a room.

I always thought I should be treated like a star.

I get strength from my art - all the paintings I own are powerful.

I sometimes think I was born to live up to my name. How could I be anything else but what I am having been named Madonna? I would either have ended up a nun or this.

As an artist myself, I know what it's like to put your heart and soul into something. You can feel the presence of another person.

I am the result of the good choices I've made and the bad choices.

I don't go to the sale rack. But I wouldn't say I am decadent in my spending. I am careful.

I don't like rooms you never use or that are wasted space but I also like a sparseness and a cleanness.

I hate being called a pop star. I hate that.

I have the same goal I've had ever since I was a girl: I want to rule the world.

I wouldn't live in Chicago cause it's too conservative, aside for the fact that Oprah Winfrey lives there.

I'm ambitious. But if I weren't as talented as I am ambitious, I would be a gross monstrosity.

I'm not interested in being Wonder Woman in the delivery room. Give me drugs.

I'm tough, ambitious, and I know exactly what I want.

Avoid any specific discussion of public policy at public meetings.