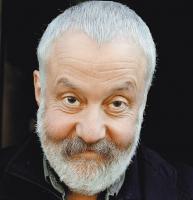 See the gallery for quotes by Mike Leigh. You can to use those 7 images of quotes as a desktop wallpapers. 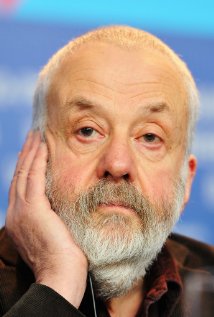 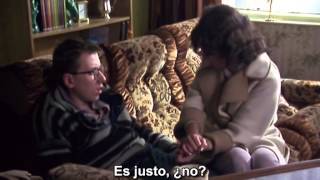 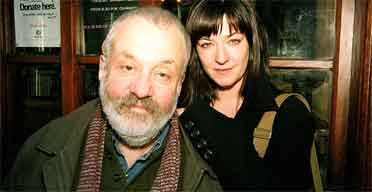 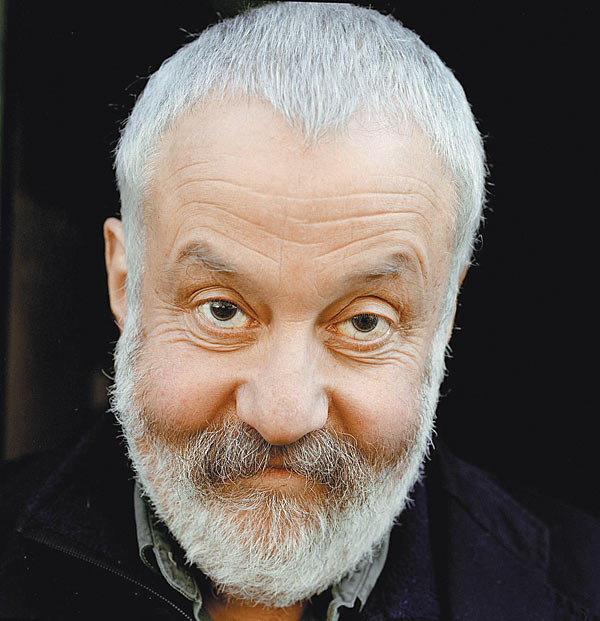 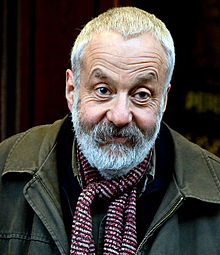 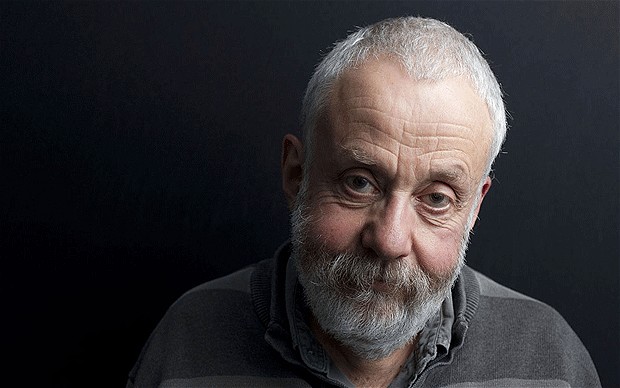 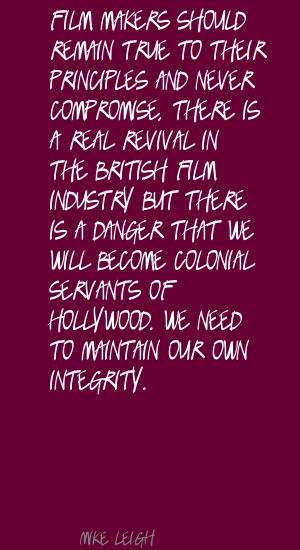 Film-makers should remain true to their principles and never compromise, there is a real revival in the British film industry but there is a danger that we will become colonial servants of Hollywood. We need to maintain our own integrity.

I'm old enough to have friends and contemporaries who have long since retired, and that's their prerogative - enough is enough; it doesn't mean a thing to me. But I haven't got any money, so, you know, I just keep on working.

But actually I make films that I think are extremely sophisticated and cinematic.

But films should be voyeuristic. What else is a film if you're not snooping into somebody else's lives?

Given the choice of Hollywood or poking steel pins in my eyes, I'd prefer steel pins.

I feel very much ideologically, politically if you like, and emotionally part of the European cinema.

I think Michael Caine is a perfectly good actor but it's obvious he's not going to be in one of my films.

I try and create for the audience something that relates to real-life experience.

I'm developing the stuff all the time. There's a film in my head. I'm imagining a film.

It creeps up on you and becomes an obsession. It comes out of watching a million movies.

It's an unhealthy habit to say that life is what you make of it, and if you want to be happy, then you can be happy. That's just rubbish, basically.

My work is about life as you and I experience it. You're either lucky or you're not lucky; either your relationship works or it doesn't.

There's a constant drip and trickle of life that goes into one's awareness really and consciousness of things.

I mean, artistic processes are all about making choices all the time, and the very act of making a choice is the distilling down and the getting to the core of what it is that you care about and what you want to say, really.

I think it's important that nobody forgets that although Hollywood commercially dominates the world cinema, in fact what comes out of the filmmaking here is only a tiny slice out of the massive amount of operation that goes on around the world.

I've long since stopped worrying about how I'm portrayed in the press because ultimately it's not that important. Everyone who knows me knows I do what I do with the greatest integrity.

Life is about luck and it's about circumstances and socioeconomic conditions and all the rest of it, but you know, you can also make choices. It's about spirit and generosity and all the other things, too.

My work requires acting at its most committed - it demands actors of enormous resilience, but also intelligence and wit. It doesn't work for narcissistic or selfish actors.

The good thing from my perspective is that nobody puts any pressure on me to say what it's going to be. The backers accept that they don't know what they are going to get.

The whole thing about making films in an organic film on location is that it's not all about characters, relationships and themes, it's also about place and the poetry of place. It's about the spirit of what you find, the accidents of what you stumble across.

Much more quotes by Mike Leigh below the page.

You will find hardly any improvising on camera anywhere in my films. It's very structured, but it's all worked out from elaborate improvisations over a long period, as you know.

If this whole acting thing doesn't work out, I'll just get a talk show.

They're not poodles, they're art.