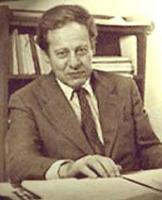 See the gallery for quotes by Paul de Man. You can to use those 7 images of quotes as a desktop wallpapers. 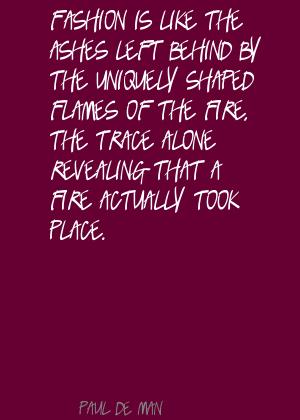 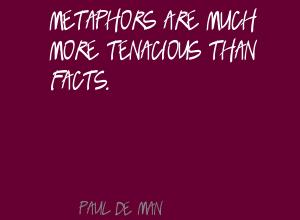 Fashion is like the ashes left behind by the uniquely shaped flames of the fire, the trace alone revealing that a fire actually took place.

Metaphors are much more tenacious than facts.

Curiously enough, it seems to be only in describing a mode of language which does not mean what it says that one can actually say what one means.

Death is a displaced name for a linguistic predicament.

Literature exists at the same time in the modes of error and truth; it both betrays and obeys its own mode of being.

The critical method which denies literary modernity would appear - and even, in certain respects, would be - the most modern of critical movements.

The writer's language is to some degree the product of his own action; he is both the historian and the agent of his own language.

Modernity exists in the form of a desire to wipe out whatever came earlier, in the hope of reaching at least a point that could be called a true present, a point of origin that marks a new departure.

The ambivalence of writing is such that it can be considered both an act and an interpretive process that follows after an act with which it cannot coincide. As such, it both affirms and denies its own nature. 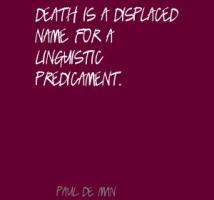 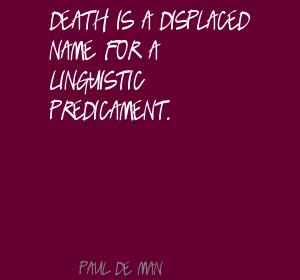 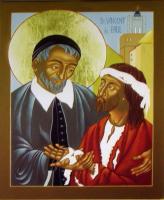 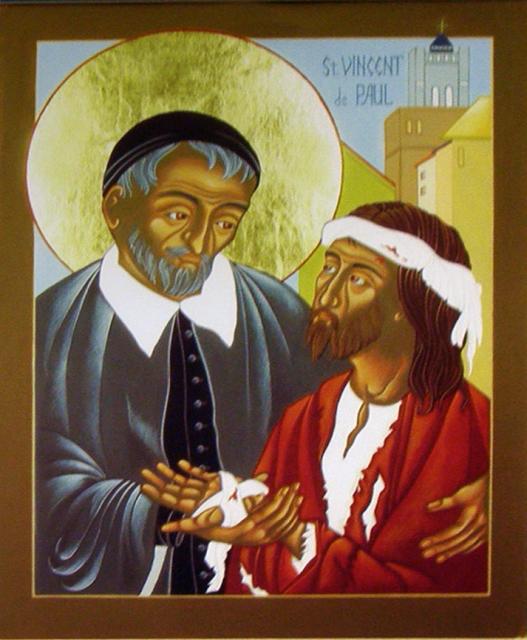