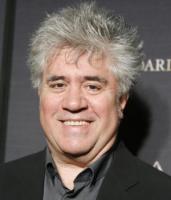 See the gallery for quotes by Pedro Almodovar. You can to use those 7 images of quotes as a desktop wallpapers. 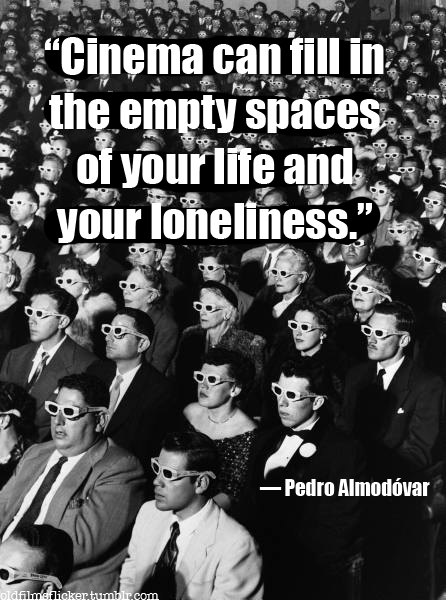 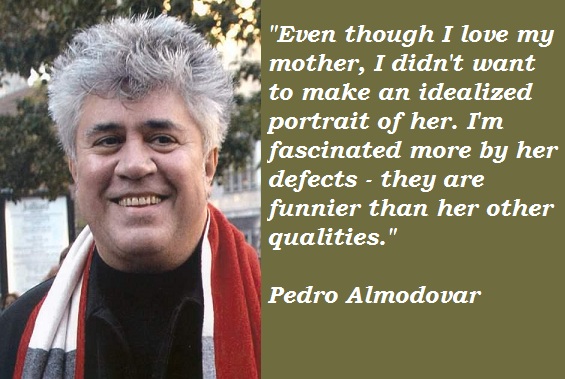 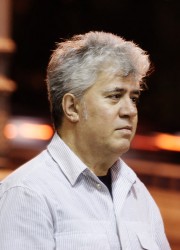 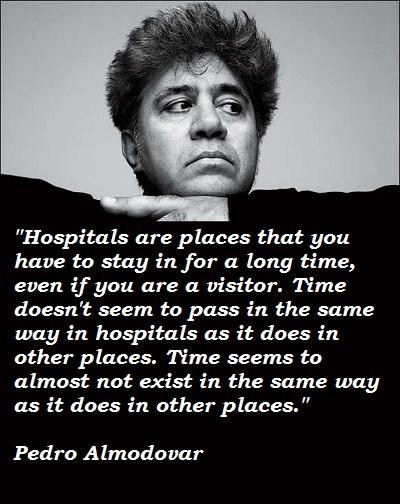 I don't want to imitate life in movies; I want to represent it. And in that representation, you use the colors you feel, and sometimes they are fake colors. But always it's to show one emotion.

Yes, women are stronger than us. They face more directly the problems that confront them, and for that reason they are much more spectacular to talk about. I don't know why I am more interested in women, because I don't go to any psychiatrists, and I don't want to know why.

I think that the consciousness of passion makes you act very differently.

I also wanted to express the strength of cinema to hide reality, while being entertaining. Cinema can fill in the empty spaces of your life and your loneliness.

All my movies are difficult to classify because they are very eclectic in mixing genres.

Cukor is one of my favorite directors. He was a master at directing women.

I used this line to demonstrate how important colors are in movies: It's not a caprice.

I was born at a bad time for Spain, but a really good one for cinema.

The Flower of My Secret is definitely more based in true emotions. I also wanted to make something more realistic, but not naturalistic or simple.

After the enormous success of All About my Mother, all the awards and everything, I wanted to start a movie in exactly the same place that I used to be before. I wanted to show that all of the success had not changed my perception.

Even though I love my mother, I didn't want to make an idealized portrait of her. I'm fascinated more by her defects - they are funnier than her other qualities.

I think decor says a lot about someone's social position, their taste, their sensibility, their work - and also about the aesthetic way I have chosen to tell their story.

I think it's a change that I did not intend at the time but it is clear that, from The Flower of My Secret on, there is a change in my films. A lot of the journalists have very generously attributed this to my growing maturity.

In fact, it was the women in our house who were in the saddle. If men are the gods, women are not only the presidents but all the ministers of the government.

It's a pity that I can never really enjoy my movies because, after the mixing, your capacity as a spectator just disappears. I have to think about what I felt just before the mixing.

The challenge to me as a director was for the audience to see the film as going on in a straight line, so that they did not sense all of these break-ups. I did not want a film to be a collage of all these images.

Whenever I arrive on a real location, I have to move around and work out what the best angles are going to be. When I was moving around with the lens, I discovered things that the naked eye would not have.

With this silent film, I wanted to hide what was going on in the clinic. I wanted to cover it up in the best cinematic way and in an entertaining manner.