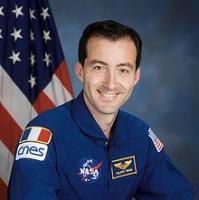 See the gallery for quotes by Philippe Perrin. You can to use those 6 images of quotes as a desktop wallpapers. 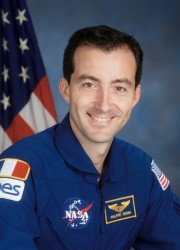 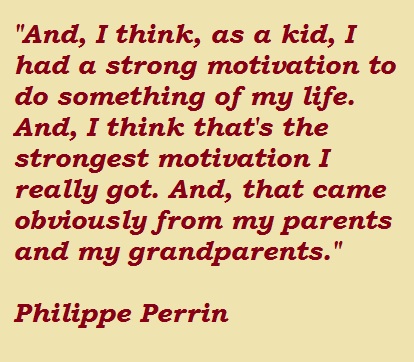 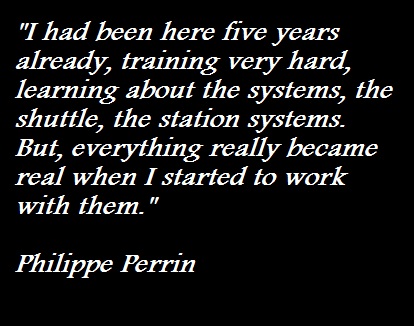 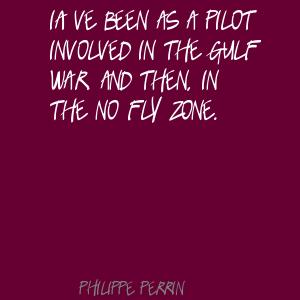 I think that witnessing ecological problems visible from space is one of the new and essential roles of astronauts.

I've been as a pilot involved in the Gulf War. And then, in the No-Fly Zone.

It's only when you're flying above it that you realize how incredible the Earth really is.

Polytechnique is a school whose multidisciplinary, very high scientific level curriculum is invaluable.

So it's, I think it's quite, quite unique to fly with somebody with so much experience.

The last thing, and the only one that you cannot physically train for, is the psychological preparation.

This mission was the project of a decade's work.

And everything stopped quite rapidly because I knew that nobody in Europe was able to go to space. It was the privilege of being either American or Russian.

And, I think, as a kid, I had a strong motivation to do something of my life. And, I think that's the strongest motivation I really got. And, that came obviously from my parents and my grandparents.

And, you run also video because to fly this arm, you're relying mostly on some external camera views that may be coming from the arm itself or from the station.

Especially when I first really started to work with Kenneth and Franklin, who had been in space already. And so, they were able to talk about space and tell me a few things about how things would really happen.

I had been here five years already, training very hard, learning about the systems, the shuttle, the station systems. But, everything really became real when I started to work with them.

Shortly afterwards, I did a third one to repair the robotic arm of the station. This arm plays a very important role in the ongoing expansion of the station as well as in the deployment of solar panels.

Since there always has to be a certain number of astronauts manning the station at all times, one of the main aspects of the mission was to transport a new team to the station and bring back some members of the previous team back to Earth.

So, it takes a lot of chance and luck. I mean I was lucky enough to get in the program where people with the same skills never made it to the program. So keep trying.

The student develops an analytical as well as finely blended character. He is able to choose from a wide variety of job fields from which to embrace a career, without having to be a specialist in one particular discipline.

We also had to bring with us some desired scientific equipment over to the station as well as assemble new machines. For that, I had to conduct two space walks.

Much more quotes by Philippe Perrin below the page.

Yes, I see the Mobile Base System really is the shoulder of the arm. The arm is right there, like a human arm. It's really funny to look at the similarities between a human arm and the Canadian robotics arm.