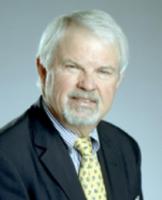 See the gallery for quotes by Richard Lamm. You can to use those 7 images of quotes as a desktop wallpapers. 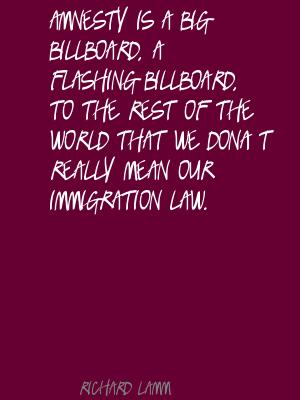 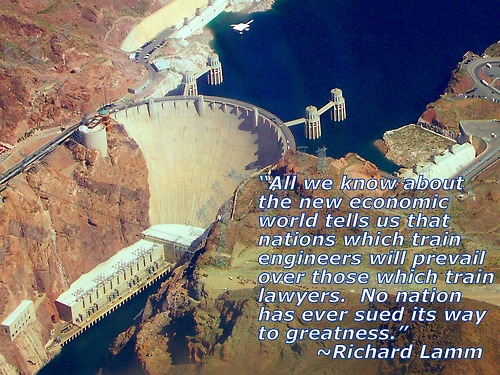 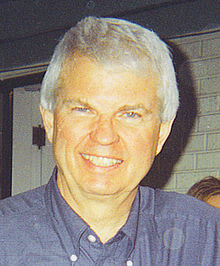 Many seniors understand that Social Security is social insurance as opposed to a program where we put money aside for our own retirement. But most elderly individuals think they're getting their money back. So it isn't selfishness as much as a misunderstanding.

Right out of the University of California I had passed the bar, but Colorado was one of those places where anybody could come and nobody would ask what your background was or how long you had been here. So I took to the place with a liking.

Roads are necessary, but the fact that we don't fully recognize that when you build a road you're doing more than building a road - you're building the future development of your city. And, that's what's never dawned on people. It still doesn't, in a way.

We've got a duty to die and get out of the way with all of our machines and artificial hearts and everything else like that and let the other society, our kids, build a reasonable life.

Amnesty is a big billboard, a flashing billboard, to the rest of the world that we don't really mean our immigration law.

Politics, like theater, is one of those things where you've got to be wise enough to know when to leave.

A nation can't get strong on political pablum.

A nation has its first obligation to its own workers and its own poor.

America has to ask itself not what it wants, but what it can afford.

Employers love cheap labor, but a country should train its own people.

He didn't work for money. He worked because he loved kids and education.

I believe we all must face the fact of death. It is both gift and curse.

Politics is a love-hate relationship. I sure know that.

Sprawl is the American ideal way to develop.

The New Deal, in my mind, has become a raw deal for my children.

The U.S. needs to do more than change presidents. It needs to change its political culture.

To me, the failure of liberalism - the tradition I come from - was not recognizing there has to be justice across the generations.

We have been maintaining a standard of living by putting things on the debt of the next generation.

You know, 600,000 millionaires get a Social Security check every month. I think there's enough waste and inefficiency.

Much more quotes by Richard Lamm below the page.

America does not need another political campaign based on denial and avoidance of some of our real problems. It needs a crusade to reform and renew our country, its institutions and political system.

I had a group of Hispanic Americans come into my office in 1976 who worked in a Denver packing plant. They had just been fired by their employer who turned around and hired illegal aliens for a lot less money. That had a big impact on me.

I think modern societies have to ask a very basic question: What strategies buy the most health for people? Doctors can do so many marvelous things now. They can keep a corpse alive, almost.

I think that retiring the baby boomers is going to be one of the great challenges in America, that you cannot make fiscal sense out of the future of our children without taking on entitlements.

I think we're rapidly approaching the day where medical science can keep people alive in hospitals, hooked up to tubes and things, far beyond when any kind of quality of life is left at all.

The architecture of our future is not only unfinished; the scaffolding has hardly gone up.