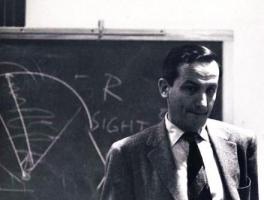 See the gallery for quotes by Rudolf Arnheim. You can to use those 8 images of quotes as a desktop wallpapers. 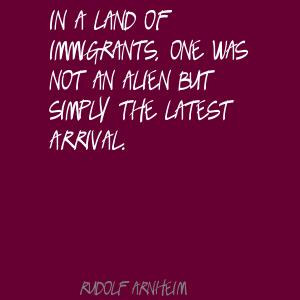 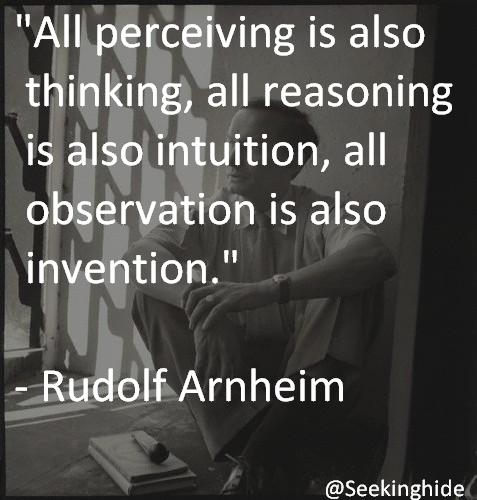 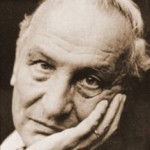 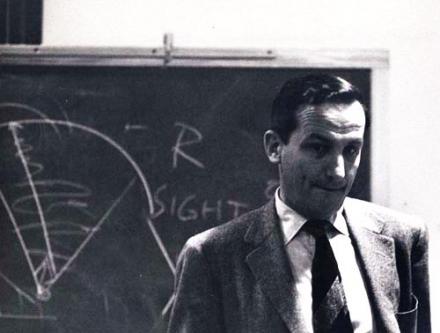 In a land of immigrants, one was not an alien but simply the latest arrival.

The least touchable object in the world is the eye.

The clarification of visual forms and their organization in integrated patterns as well as the attribution of such forms to suitable objects is one of the most effective training grounds of the young mind.

Good art theory must smell of the studio, although its language should differ from the household talk of painters and sculptors.

In many instances, order is apprehended first of all by the senses.

Order is a necessary condition for anything the human mind is to understand.

As one gets older, it happens that in the morning one fails to remember the airplane trip to be taken in a few hours or the lecture scheduled for the afternoon.

Entropy theory is indeed a first attempt to deal with global form; but it has not been dealing with structure. All it says is that a large sum of elements may have properties not found in a smaller sample of them.

Entropy theory, on the other hand, is not concerned with the probability of succession in a series of items but with the overall distribution of kinds of items in a given arrangement.

Furthermore, order is a necessary condition for making a structure function. A physical mechanism, be it a team of laborers, the body of an animal, or a machine, can work only if it is in physical order.

Man's striving for order, of which art is but one manifestation, derives from a similar universal tendency throughout the organic world; it is also paralleled by, and perhaps derived from, the striving towards the state of simplest structure in physical systems.

Modem science, then, maintains on the one hand that nature, both organic and inorganic, strives towards a state of order and that man's actions are governed by the same tendency.

Rather than be asked to abandon one's own heritage and to adapt to the mores of the new country, one was expected to possess a treasure of foreign skills and customs that would enrich the resources of American living.

The arts, as a reflection of human existence at its highest, have always and spontaneously lived up to this demand of plenitude. No mature style of art in any culture has ever been simple.

The foreign accent was a promise, and indeed, all over the country, European imports added spice to the sciences, the arts, and other areas. What one had to give was not considered inferior to what one received.

The line that describes the beautiful is elliptical. It has simplicity and constant change. It cannot be described by a compass, and it changes direction at every one of its points.

The rehabilitation of order as a universal principle, however, suggested at the same time that orderliness by itself is not sufficient to account for the nature of organized systems in general or for those created by man in particular.

Today we no longer regard the universe as the cause of our own undeserved troubles but perhaps, on the contrary, as the last refuge from the mismanagement of our earthly affairs.

When a system is considered in two different states, the difference in volume or in any other property, between the two states, depends solely upon those states themselves and not upon the manner in which the system may pass from one state to the other.

Tags: Between, May, Themselves