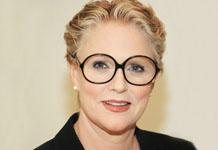 See the gallery for quotes by Sharon Gless. You can to use those 8 images of quotes as a desktop wallpapers. 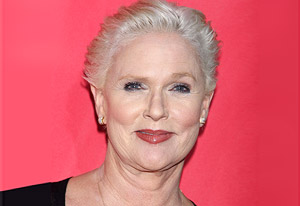 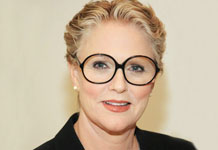 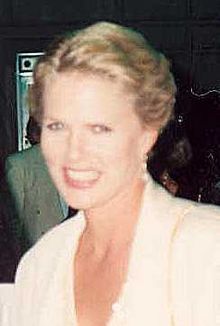 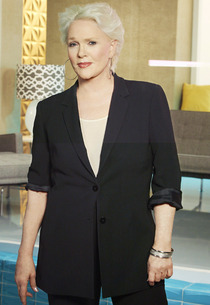 Yeah, even a black comedy. Where it's a little eerie. I'd love to do that. But there are about three really fabulous ones on the air now and I don't know if I can do any better than that. I'd like to sort of forge new ground.

Yeah, I've always been accused of having a sense of mischief and I'm very flattered that you say you can see it in the roles I play, because I think that's important, even if I do play intense characters, like especially Christine Cagney.

All men are difficult.

But I've always believed that Christine Cagney shouldn't be played past a certain age.

But it took me awhile to figure out Christine at this age, you know.

I don't believe there is any character that one can play for that long and not bring a piece of you to it.

I kind of resent this attitude of men that we somehow must always look good.

I think Shakespeare had a lot to contribute with his understanding of the human condition.

I think there are some people in life who are not marriage material and Chris is one of them.

I think, on the whole, men are much more shallow than women.

I'm not here to put down men, God love them and I'm married to one, but I do think they are more shallow.

I've come to learn that there is a real difference between men and women. It's genetic.

Network heads don't seemed to be turned off by the men who get older.

Something just happens when you read a part. You know, if you'd like to do it or if you don't believe it.

The whole tone now of TV is under 35 and directed toward males.

There are only about three really, really good sitcoms on the air.

There's no praise or acknowledgment paid to women who raise the babies.

They say that Madison Avenue will only pay high dollars in advertising if they get the 18-35 age range.

Well what do you do with a character like Christine Cagney and you tell her she can't have things?

Women and minorities have excelled beautifully in comedy, but very few women are the lead in a drama.

But Angela had at least 30% more viewers on the same night at the same time. I mean, she wiped everybody out. But the sponsors don't care when she had the most people. They only care about if there was only a handful of young viewers on the other one.

In fact I have nightmares about having children. I want to carry a baby and feel the life within me and in my dream, I do. But every time after it's born, there's this incredible fear, this pounding pulse of fear. It's a real bad nightmare.

In my early days I was a contract player at Universal and I had a wonderful mentor named Monique James, who was head of talent there, and she used to drag me on sets to do parts.

Studios were just run differently. There really was a head of a studio. There were people who loved their studios. Who worked for their studios and were loaned out to other people and everybody sort of got a piece. Well now there's a handful now.

Much more quotes by Sharon Gless below the page.

The way they were writing Christine as this older woman who got married, which she shouldn't have. Obviously got divorced right away. Reached the glass ceiling in the police precinct. So there is a part of her that died because she knows she couldn't go any farther.