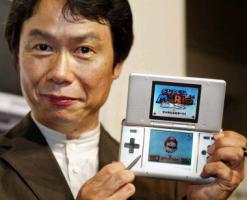 See the gallery for quotes by Shigeru Miyamoto. You can to use those 8 images of quotes as a desktop wallpapers. 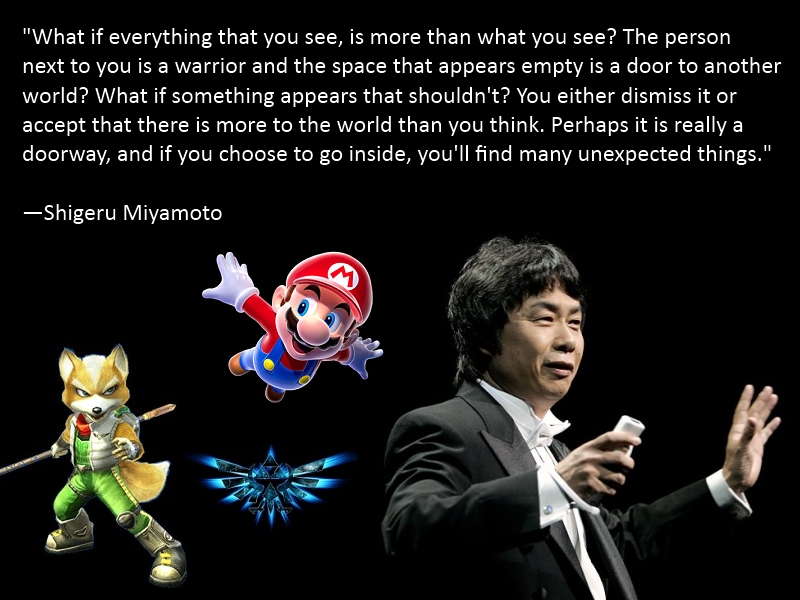 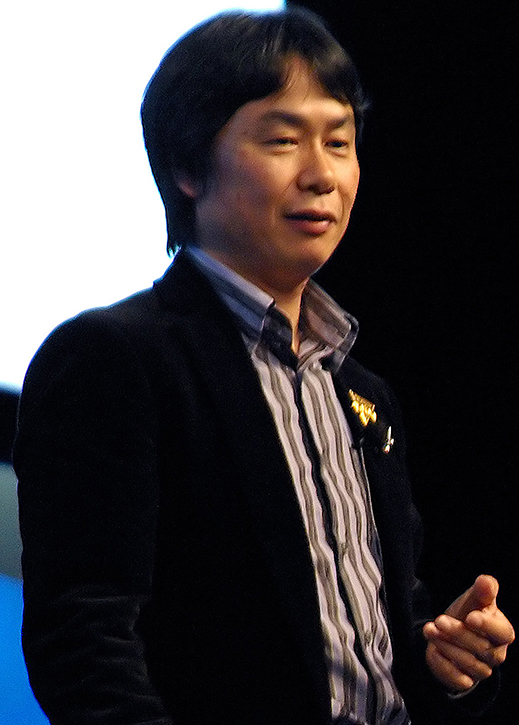 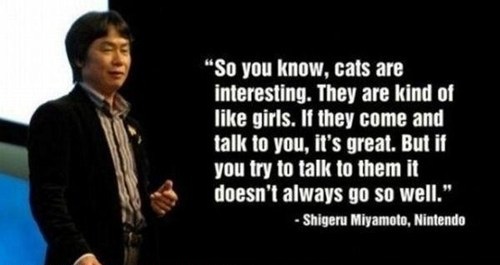 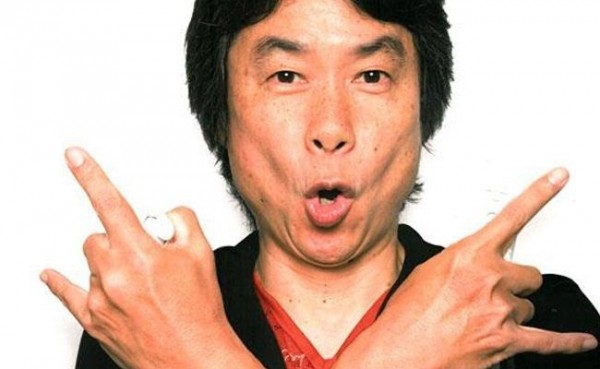 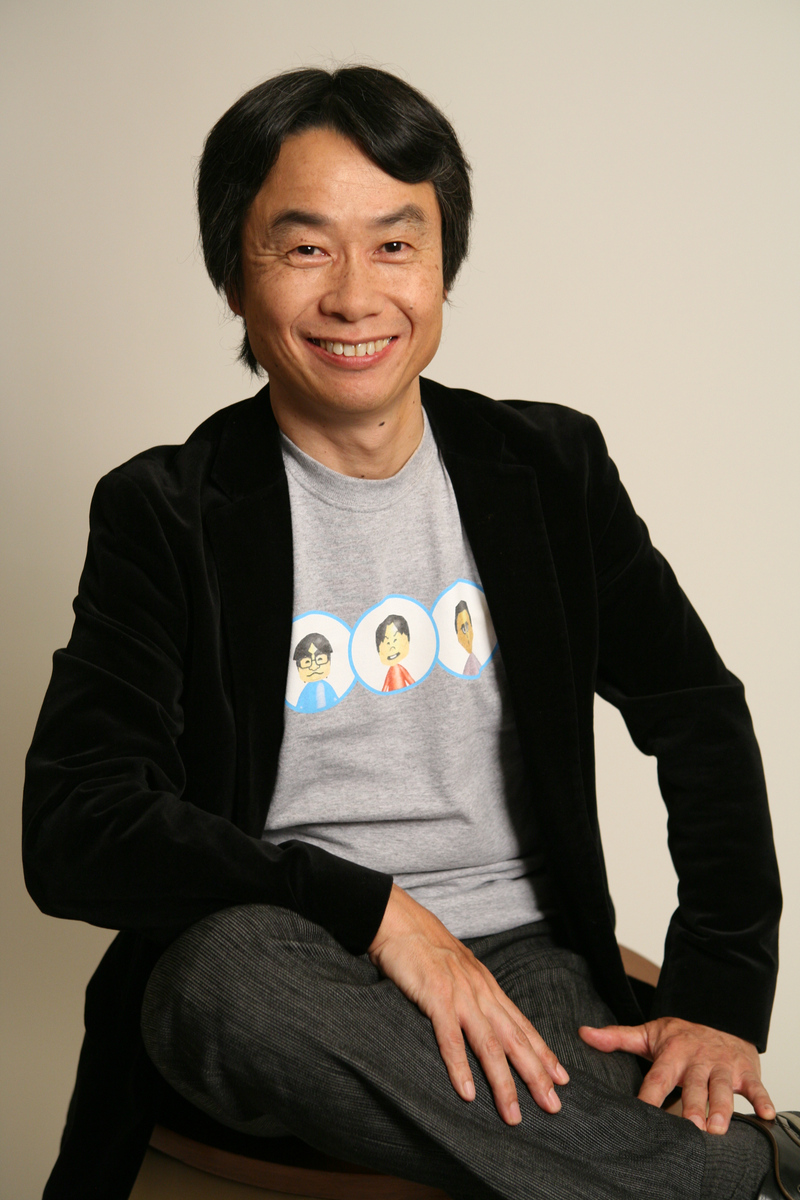 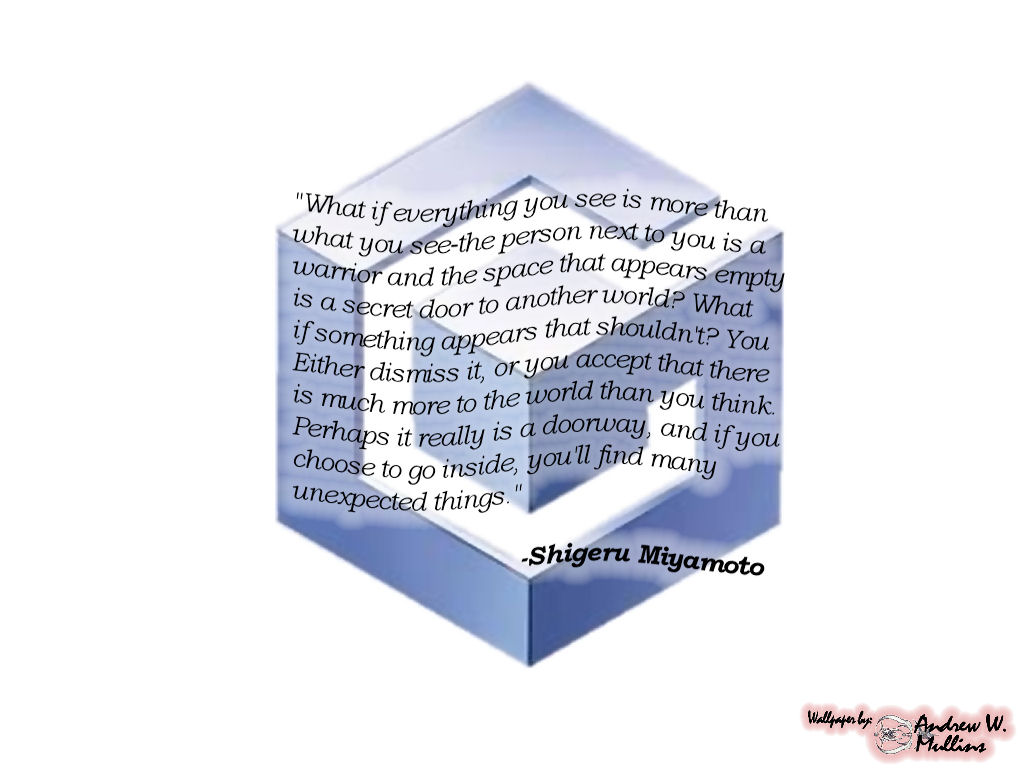 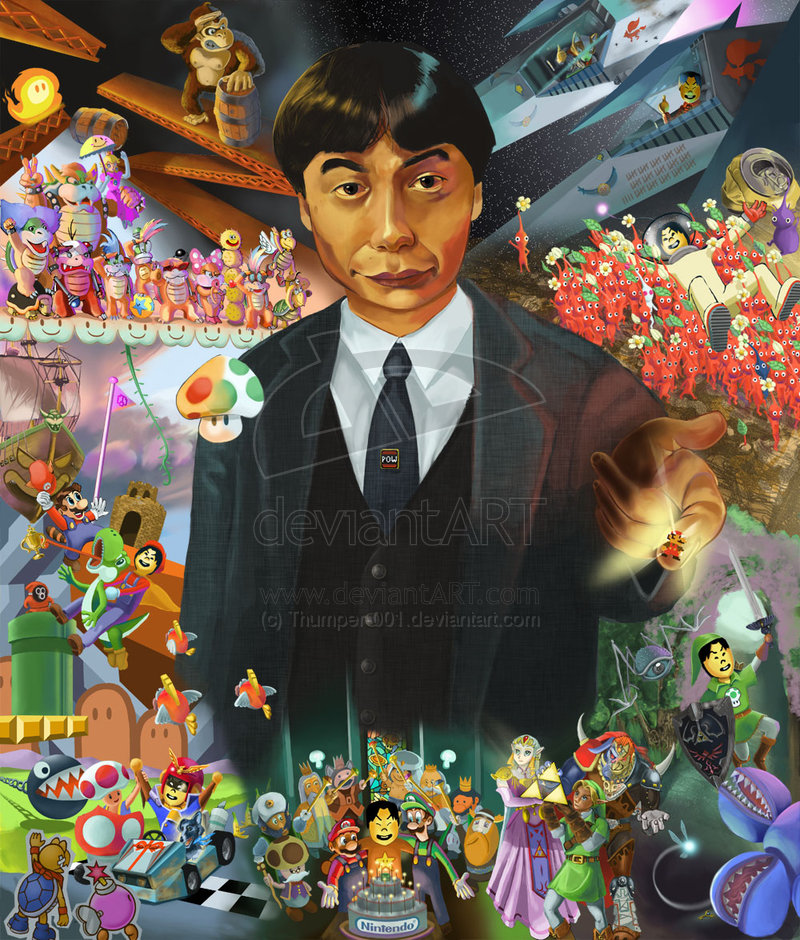 Game music has a purpose and it does incorporate sound effects.

I always try and come up with a clear theme when I'm making a videogame.

I don't really think of things in terms of legacy or where I stand in the history of Nintendo or anything like that.

I enjoy thinking about ways to create something that other people have not even thought about, something no one has managed to achieve.

I never really participated in specific sports or anything, but once I hit 40, I started to get a little bit more active and began swimming more.

I think everyone can enjoy games.

I think I can make an entirely new game experience, and if I can't do it, some other game designer will.

I'm not saying that I'm going to retire from game development altogether.

My days all follow much the same pattern. They are structured and typical.

Nowadays I think it's really important that designers are really unique and individual.

Of course, I have my own limits as to how much game software I can take care of at any one time.

Providing new means of entertainment is the important thing.

There's definitely space for uniqueness in a home console.

Today, there are many, many ways to entertain people in one single videogame. And the Internet has made it so easy for people to ask for clues.

What I found is that just in the lifestyle today, people have fewer and fewer opportunities to get exercise.

When I create a game, I try to focus more on the emotions that the player experiences during the game play.

I'm very impressed that there are so many fans - not just in Japan, but here in America - that are fond of the work that I've done. I'm actually kind of embarrassed by it all.

Games have grown and developed from this limited in-the-box experience to something that's everywhere now. Interactive content is all around us, networked, ready. This is something I've been hoping for throughout my career.

I know as a child, I was really interested in becoming a manga artist, to create my own stories and illustrate them and present something that people would be interested in reading and looking at as well.

I think that the entertainment industry itself has a history of chasing success. Any time a hit product comes out, all the other companies start chasing after that success and trying to recreate it by putting out similar products.

Of course, when it comes to Japanese role-playing games, in any role-playing game in Japan you're supposed to collect a huge number of items, and magic, and you've got to actually combine different items together to make something really different.

Our job as the game creators or developers - the programmers, artists, and whatnot - is that we have to kind of put ourselves in the user's shoes. We try to see what they're seeing, and then make it, and support what we think they might think.

Much more quotes by Shigeru Miyamoto below the page.

Well, for over a year now at my desk, a prototype program of Luigi and Mario has been running on my monitor. We've been thinking about the game, and it may be something that could work on a completely new game system.

When I'm making video games today, I want people to be entertained. I am always thinking, How are people going to enjoy playing the games we are making today? And as long as I can enjoy something other people can enjoy it, too.

I think that inside every adult is the heart of a child. We just gradually convince ourselves that we have to act more like adults.

Video games are bad for you? That's what they said about rock-n-roll.

I made some games, but I'm pretending like I didn't because they all turned out weird.

I think when you talk about competing against others, the problem is that you refer to something that's been done already and try to beat it.

Nintendo's philosophy is never to go the easy path; it's always to challenge ourselves and try to do something new.

To create a new standard, you have to be up for that challenge and really enjoy it.

I don't want to criticize any other designers, but I have to say that many of the people involved in this industry - directors and producers - are trying to make their games more like movies. They are longing to make movies rather than making videogames.

This is the entertainment industry, so game designers have to have a creative mind and also have to be able to stand up against the marketing people at their company - otherwise they cannot be creative. There are not that many people who fit that description.

A delayed game is eventually good, but a rushed game is forever bad.

It would be a joy for me if someone who was working with me became a big success.

I think what's really the most ideal thing is for the player themselves, within their own imagination, to carve out what they view as being the essence of the character.

Tags: Character, Themselves, Within

There are some ghost stories in Japan where - when you are sitting in the bathroom in the traditional style of the Japanese toilet - a hand is actually starting to grab you from beneath. It's a very scary story.

Up until now, the biggest question in society about video games has been what to do about violent games. But it's almost like society in general considers video games to be something of a nuisance, that they want to toss into the garbage can.

I'd like to be known as the person who saw things from a different point of view to others.

Players are artists who create their own reality within the game.

The obvious objective of video games is to entertain people by surprising them with new experiences.

What I really want to do is be in the forefront of game development once again myself.

You can use a lot of different technologies to create something that doesn't really have a lot of value.

Actually, 3D is really the most normal thing because it's how those of us with two eyes usually see the world. TVs are the unusual things in 2D!

As a kid, I was a big comic fan and I liked foreign comics as well.

Japan actually is an aging population, and so as the population has aged, they have had a lot more problems with health.

Japanese people have a funny habit of abbreviating names.

What comes next? Super Mario 128? Actually, that's what I want to do.

Anything that is impractical can be play. It's doing something other than what is necessary to continue living as an animal.