See the gallery for quotes by Steve Wilkos. You can to use those 7 images of quotes as a desktop wallpapers. 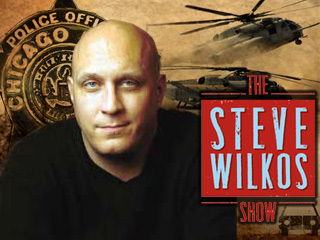 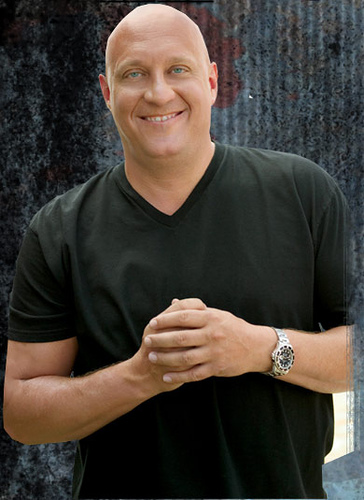 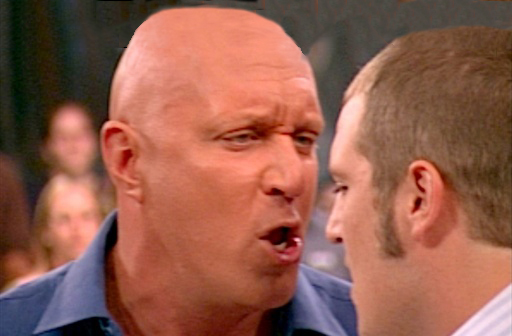 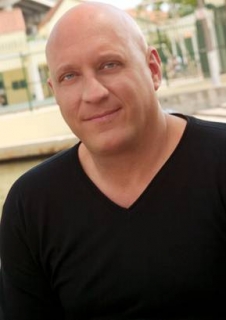 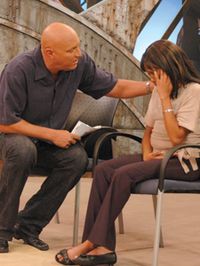 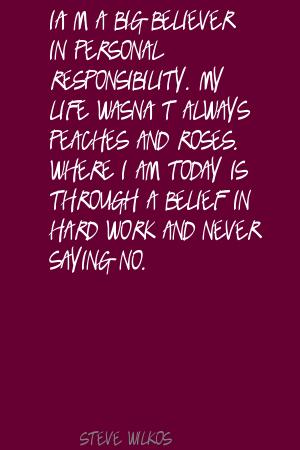 I'm a big believer in personal responsibility. My life wasn't always peaches and roses. Where I am today is through a belief in hard work and never saying no.

I'd take a bullet for just about anyone! If someone pulled out a gun, I'd step in front of you even though I've never met you.

Tags: Anyone, Gun, Someone

My show is not just a cop hosting a talk show - the two are completely different. My show is about helping people stand up to the bad guy.

My wife gets asked all the time, 'Ugh, how can you be married to that guy?' She's like, 'Hey, he's not yelling and screaming at me!'

I couldn't do my show without spending 12 years on the streets of Humboldt Park. It made me a better interrogator. Still, if they had taken me out of my squad car and gave me a show, I would've been terrible. But on 'Springer,' the spotlight was on Jerry and I got to grow up within the show.

I went home one night and told my dad that an older kid was picking on me. My Dad, a Korean War vet and a Chicago cop for 30 years, told me, 'You better pick up a brick and hit him in the head.' That's when I thought, 'Wow, I'm going to have to start dealing with things in a different way.'

I'd like to be the next Oprah financially, but I'm not a TV actor. I'm not someone with an entertainment background, I'm a cop. And I'm not afraid to go anywhere and get down and dirty.

Tags: Afraid, Next, Someone

I've been watching 'Pawn Stars' every week for the last year. I like learning about the history behind the items that people bring into the pawnshop. I actually pawned a ring once that a woman sent to me while I was on 'Jerry Springer.' It was really gaudy.

It's basically taking a 911 call, bringing them on stage and dealing with it just like when I was a Chicago policeman for 12 years. I personally become involved. Where Jerry lets people tell their story and lets everything happen on stage, I kind of go after the bad guy and protect the little guy.

It's hard to describe yourself as a hero - I just like to think of myself as a policeman. People can look to you like that, as a good guy who can help people.

When I walk down the street, it's not like people feel like they're seeing some big star. It's like someone they've known for a long time, someone that they feel comfortable with.

Today more Americans are imprisoned for drug offenses than for property crimes.

Well, you know, the definition of second marriage is the triumph of hope over experience.

A society that thinks the choice between ways of living is just a choice between equally eligible 'lifestyles' turns universities into academic cafeterias offering junk food for the mind.

I suppose there's a melancholy tone at the back of the American mind, a sense of something lost. And it's the lost world of Thomas Jefferson. It is the lost sense of innocence that we could live with a very minimal state, with a vast sense of space in which to work out freedom.

Government has the role of suiting people for freedom. People aren't made for freedom spontaneously. There's sort of a 19-year race between when people are born and when they become adults. And government has a role in making them, at the end of 19 years, suited to be upright, trustworthy repositories of popular sovereignty.

Look, three love affairs in history, are Abelard and Eloise, Romeo and Juliet and the American media and this President at the moment. But this doesn't matter over time. Reality will impinge. If his programs work, he's fine. If it doesn't work, all of the adulation of journalists in the world won't matter.

The nice part about being a pessimist is that you are constantly being either proven right or pleasantly surprised.

Baseball, it is said, is only a game. True. And the Grand Canyon is only a hole in Arizona. Not all holes, or games, are created equal.

Football combines the two worst things about America: it is violence punctuated by committee meetings.

Politicians fascinate because they constitute such a paradox; they are an elite that accomplishes mediocrity for the public good.

Much more quotes by Steve Wilkos below the page.

Conservatives define themselves in terms of what they oppose.

Leadership is, among other things, the ability to inflict pain and get away with it - short-term pain for long-term gain.

If you seek Hamilton's monument, look around. You are living in it. We honor Jefferson, but live in Hamilton's country, a mighty industrial nation with a strong central government.

Childhood is frequently a solemn business for those inside it.

The future has a way of arriving unannounced.

All politicians are to some extent salesmen.

Americans are overreaching; overreaching is the most admirable and most American of the many American excesses.

If your job is to leaven ordinary lives with elevating spectacle, be elevating or be gone.

Pessimism is as American as apple pie - frozen apple pie with a slice of processed cheese.

Politics should share one purpose with religion: the steady emancipation of the individual through the education of his passions.

The strongest continuous thread in America's political tradition is skepticism about government.

There may be more poetry than justice in poetic justice.