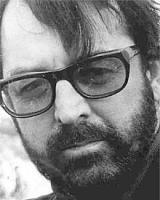 See the gallery for quotes by Terry Southern. You can to use those 6 images of quotes as a desktop wallpapers. 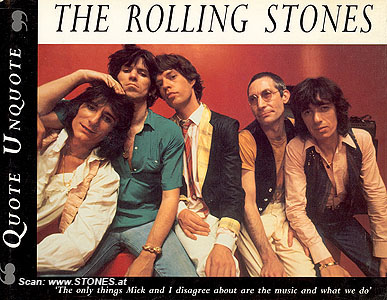 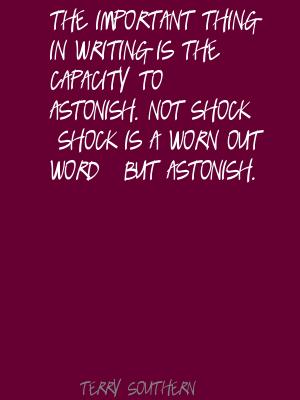 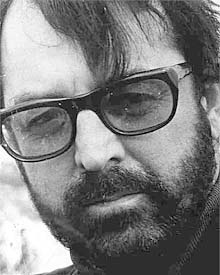 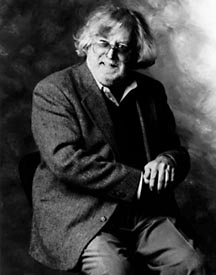 The important thing in writing is the capacity to astonish. Not shock - shock is a worn-out word - but astonish.

An angel has no memory.

You can't do the end of the world in a conventionally dramatic way or Boy Meets Girl way.

After Strangelove I also started work on an adaptation of The Collector.

For a director and a producer to be named on the writing credits is practically unheard of.

Grossing Out dealt with the western nations selling arms to the Third World and exploiting these countries.

I met Claxton on the set of The Cincinnati Kid.

In that sense, film is superior, but the difficulty is your lack of control as a writer.

In the case of The Loved One, I was hired to collaborate on an updated version of the book.

It was a good experience working with Roger Vadim and Jane Fonda.

It's frustrating not to have more control over your material.

Peter Beard is one of those people I've known a long time. We have an affinity. We share certain values.

Sometimes we would be staked out in the middle of the river, several barges tied together. So we could party.

The Loved One has been the most underrated film I've worked on.

When I finally made it to the set, I spent a lot of time doing damage control on The Magic Christian.

When Kubrick decided to go the black comedy route with his movie, he thought of me to give it that flavor.

Writing on a contract for a major studio you get the very best.

Much more quotes by Terry Southern below the page.

David Burnett was the son of Martha Foley, who edited the Best American Short Stories series. She hired me to work with David and her to read stories for the anthology.

It's often the case with directors that they don't like to share credit, which is the case of Stanley. He would prefer just A Film By Stanley Kubrick including music and everything.

Someone wrote a piece about Henry Green in The Partisan Review that was so intriguing that I got one of his novels, Loving, I believe, which was the first that came to attention in the United States.