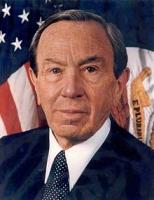 See the gallery for quotes by Warren Christopher. You can to use those 8 images of quotes as a desktop wallpapers. 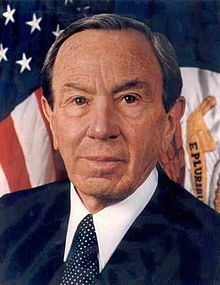 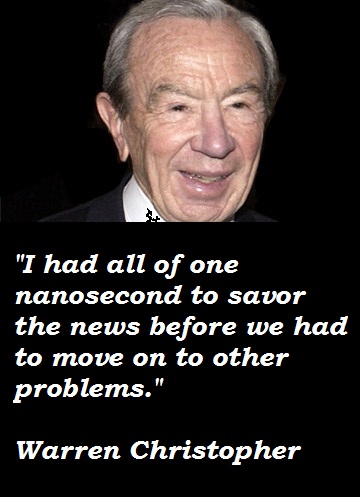 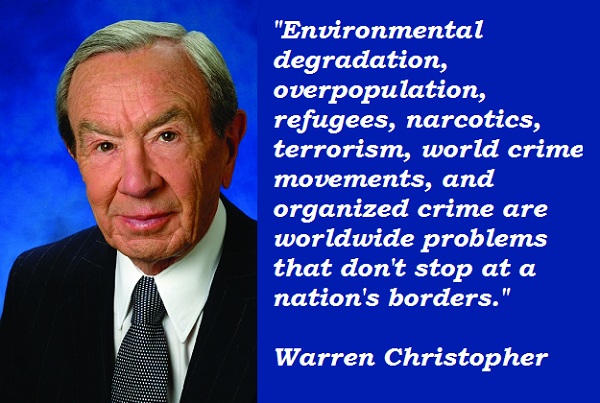 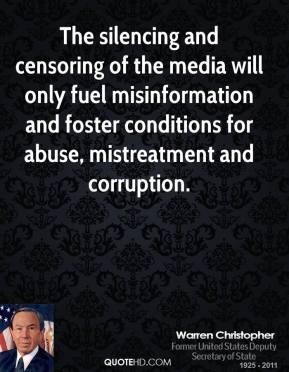 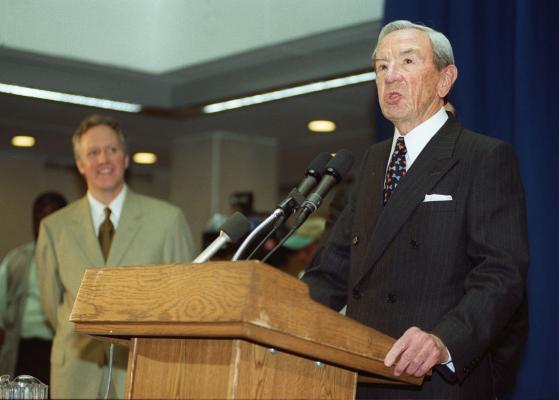 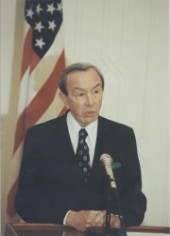 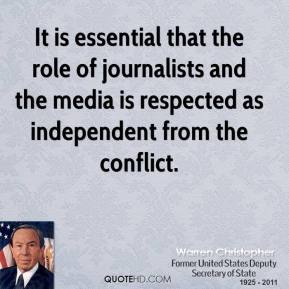 Probably the most useful thing I can do as secretary of state is to assist the president in adapting and renewing the transnational institutions that were created after World War II.

The monitors indicated that it was a credible election, I think, in an overall sense, it apparently is a free and fair election, so it's a real milestone and one of the things we can take some little confidence in.

The stakes are very high for us in Haiti. We have many important interests there. Perhaps the most important to me is our interest in the promotion of democracy in this hemisphere.

The United States has done more for the war crimes tribunal than any other country in the world. We're turning over all the information we have, including intelligence information.

We have a human rights interest. Then there is the immigration problem. The human-rights violations have caused people to take to boats and flood not only the United States, but other countries in the region, creating great instability.

We see considerable strain in Russia, and that's obviously a matter of concern to us. It's in the very strong self-interest of Russia to continue on the reform path.

We've had it very clear to the Bosnians that our obligation to equip and train their forces is completely conditional on the foreign forces being gone.

We've worked with President Yeltsin. He is the President of the country. He's been a reformer. We've been able to accomplish a number of things together.

You know, it's been President Clinton's dream that we'll have finally a fully integrated Europe; and the steps that NATO will take to expand to the East, that's a commitment.

I had all of one nanosecond to savor the news before we had to move on to other problems.

I'm very skeptical about the good intentions of Milosevic.

I've got many close friends, but there's an awful lot about friendship that is not demonstrative in my case.

It's been President Clinton's dream that we'll have finally a fully integrated Europe.

It's very important not to lose your temper in a courtroom, or in anything else you're doing.

It's very important to always put things in their historical contexts. It teaches important lessons about the country in question.

One always wonders about roads not taken.

The Palestinian election is something that was really a turning point. It's a mandate for peace.

When I was a very young lawyer, I had a senior partner who advised me never to get mad, except on purpose.

Both sides were supposed to release all their prisoners, those were unconditional. There was some prisoner release that took place but it's not been satisfactory.

Much more quotes by Warren Christopher below the page.

Tags: Between, Give, Good

I was born in a very small town in North Dakota, a town of only about 350 people. I lived there until I was 13. It was a marvelous advantage to grow up in a small town where you knew everybody.

Tags: Everybody, Small, Until

I'm very much in favor of focused responsibility, and so in the main areas that I'm worried about, I try to have a single person who is basically the key person in that area.

It was helpful to have the American troops there in great strength. They knew there'd be consequences if they didn't move back. Now, there has been some removal of the foreign forces.

It will be undertaken, of course, in the June or July summit, and then to bring NATO closer to Russia or vice versa is a way to move toward integration - toward the integration of Europe.

Let's see if we can't get this war behind us now. Certainly, the man in the street, the common person there, wants to have this war behind him. I think a lot of the soldiers are very war-weary too.

My clerkship with Justice Douglas was tremendously important. He told me, Christopher, get out into the stream of history and see what happens. I've tried to follow that advice.

My father was a small-town banker. He became very ill when I was 10 years old, and we went to California three years later in an attempt to recover his health, which never happened.

Only two countries in this hemisphere are not democratic, but many countries in both Central and South America, and in the Caribbean, are really fragile democracies.