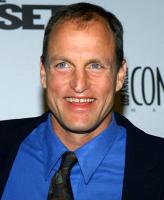 See the gallery for quotes by Woody Harrelson. You can to use those 8 images of quotes as a desktop wallpapers. 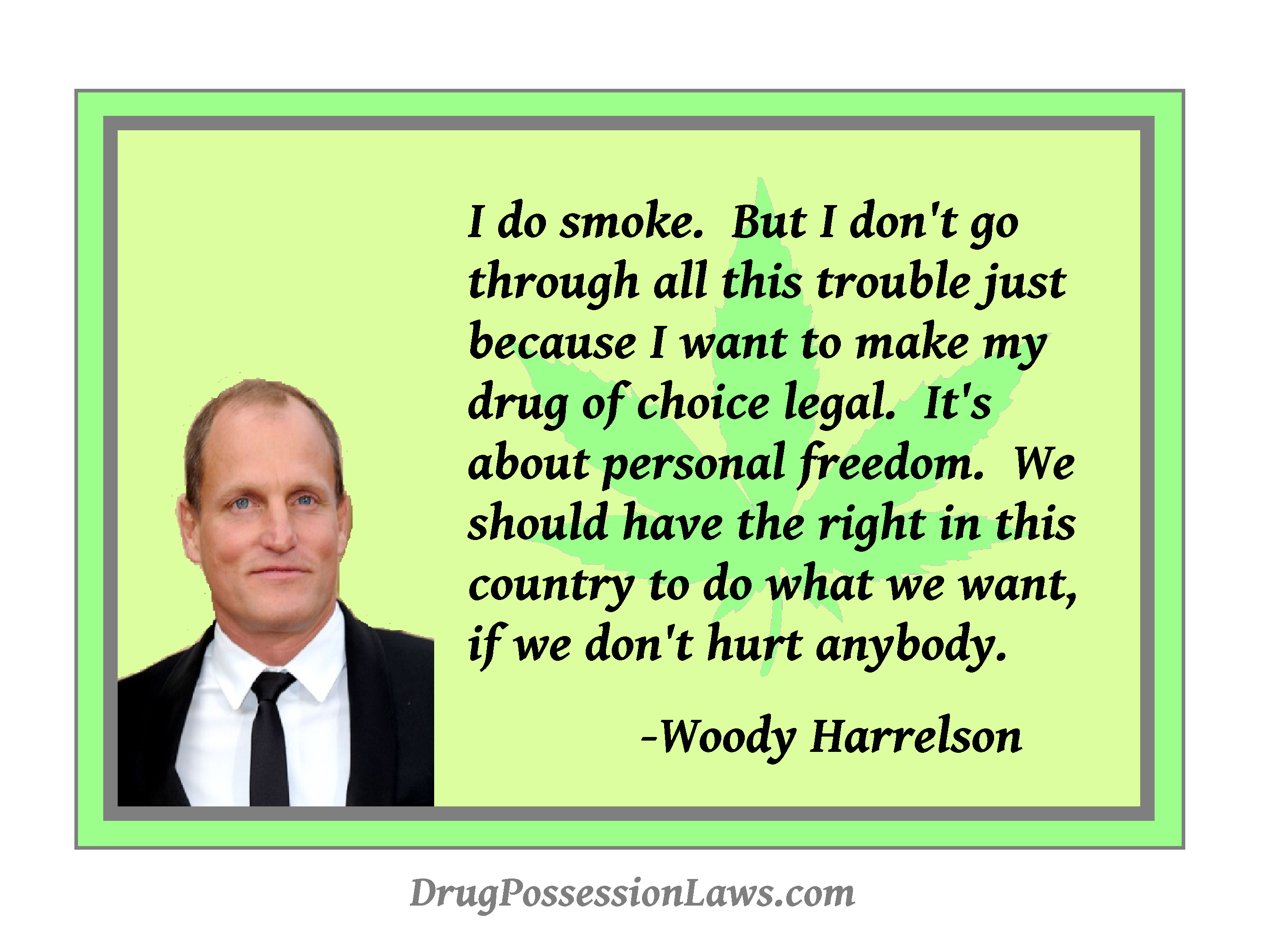 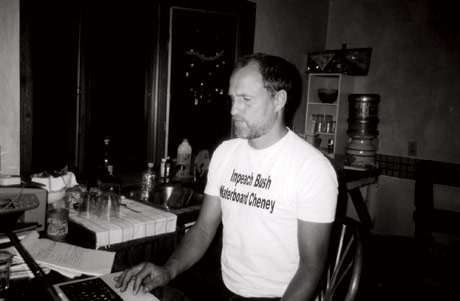 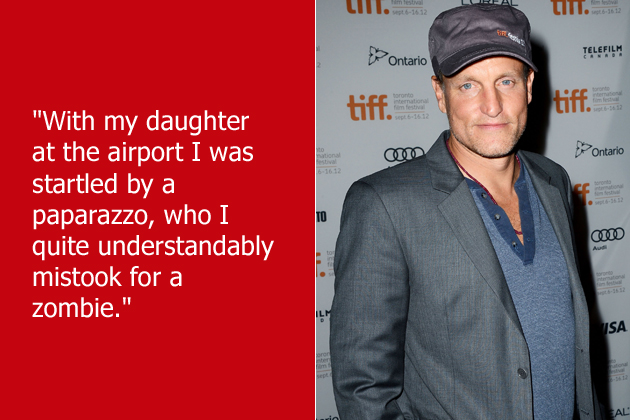 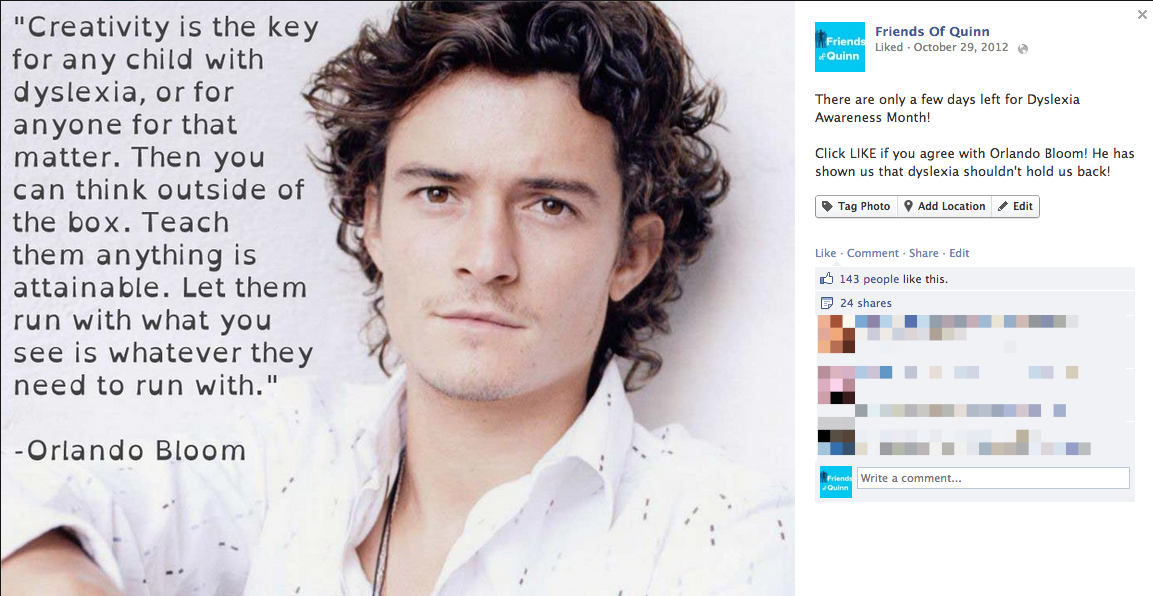 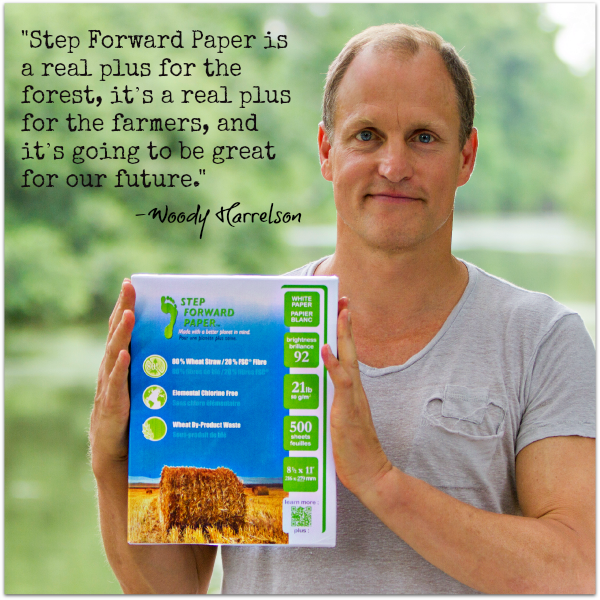 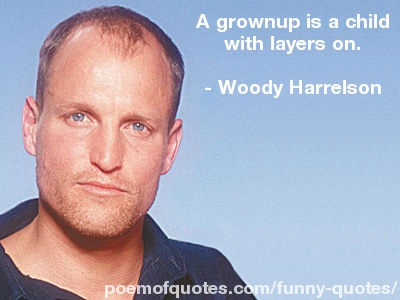 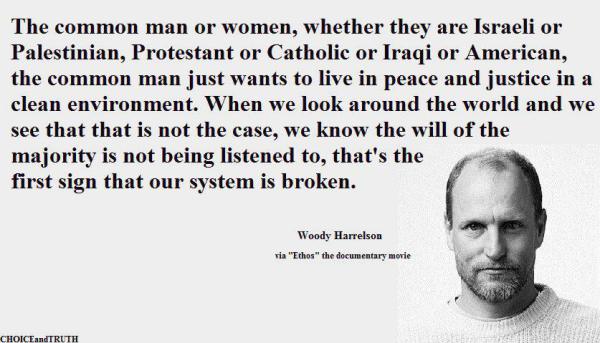 A grownup is a child with layers on.

Even though there's an entertainment value to the film, I think it's very important because you can't really separate the impact of that political message from it. It's rare that you get films like that I think; that really have an important message and are also entertaining.

My main hope for myself is to be where I am.

And Garrison Keillor I think is a fascinating guy and really entertaining.

I never was disillusioned with acting because I love acting.

Salma is just one of the great goddesses ever put on this Earth.

Some people make a great film and then they can't follow up.

There's just something extraordinary about that Selma Hayek.

Violence was almost an aphrodisiac for me.

We've killed a million Iraqis since the start of the Gulf war - mostly by blocking humanitarian aid.

But I just felt at one point that I was on a hamster wheel, you know? Just doing movie after movie and thinking so much about career related things and I think missing out on hanging with my friends and family as much I needed to.

I had a hard time with that hockey. I hadn't grown up skating, so that was my biggest challenge. We worked on it and worked on it. But then when we first shot it, it was so hard for me.

I related to his disillusionment. Thinking that he was going for this big dream. Then he kind of saw through it all at one point and went back home. Then he started a bender, which I can relate to of course.

I think my best skill in this whole deal is as a conduit to try to bring people together, because I think it's in our unity that we'll have the greatest strength.

Right now there should be a moratorium on the cutting down of old growth in this country. That is a small thing to ask at this point. There is only four percent of old growth left. Ninety-six percent of it has been cut down.

So I just took some time off. I was maybe going to do two or three years and it turned into five years. But certainly, I'd say it was the best thing I ever did. And now I come back to this whole thing really energized about it.

When I was in the seventh grade I did a report about the environment and the loss of species. It was supposed to be only a few pages, but ended up being nearly 50.

People need loving the most when they deserve it the least.

Happiness held is the seed; Happiness shared is the flower.