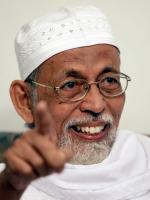 See the gallery for quotes by Abu Bakar Bashir. You can to use those 7 images of quotes as a desktop wallpapers. 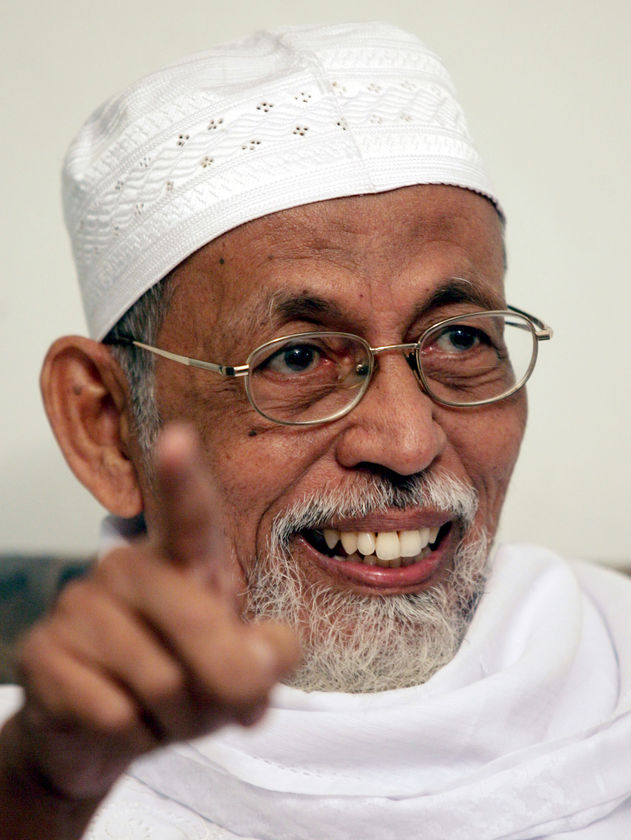 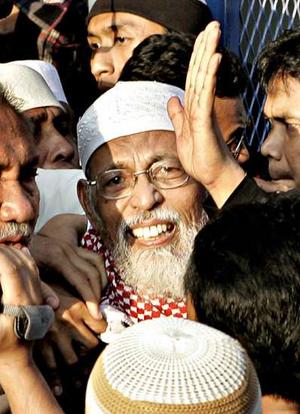 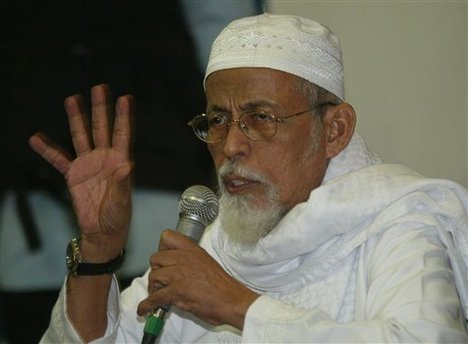 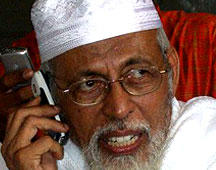 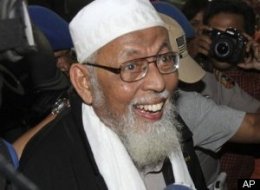 What use is revelation or religion if it doesnt change anything?

Why should we use the Dollar even when we trade among ourselves?

Tags: Among, Ourselves, Why

Our Prophet was a radical too- he fought against the injustices of his community and challenged the feudal order of his society, so they called him a radical. So what? We should be proud of that!

They are scared that the BBC or CNN may call them radicals, so they remain soft instead. The problem lies there, with the Muslim leaders, not the Muslim masses.

We have shown that Islam can rule the world perfectly for 14 centuries, and during this time of Muslim power we did not borrow ideas like democracy from others, so why do we need to learn democracy from them now?

But the West is trying to weaken Islam from outside and inside. They attack our people and invade our countries from outside, and they weaken us from within with ideas like secularism, liberalism and democracy. This is all designed to contaminate our pure Islam.

We should be proud that our Prophet came into the world with the message of Islam to change it for the better, and not for the worse, or to keep things as they are.

Look at the Afghans, during the time of the Soviet invasion. They were among the poorest Muslims in the world, yet they were sustained by their faith in God, and God alone.

Muslims must believe that all power, success and victory comes from God alone.

Arab leaders worry more about making money from the profits they get from oil and gas that they turn the other way when Lebanon is being destroyed right next to them. Their neighbours are being murdered, but they only make calculations for their own benefit.

There is not a single Muslim leader today who has the courage and commitment to defend Islam and Muslims, they are all in awe of the United States and other Western powers, and are indebted to them.

So we want an Islamic state where Islamic law is not just in the books but enforced, and enforced with determination. There is no space and no room for democratic consultation. The Shariah is set and fixed, so why do we need to discuss it anymore? Just implement it!

Because Islam in its original form was tough and hard, not weak and pliable.

This is why I have always said that it would be better if Muslims were poor.

What honour have we got left, when nobody is listening to us?

The Muslim leaders swallow the advice of the Western powers and bodies like the IMF and World Bank, even when it is bad for their countries and they know this.

You are right, but the weakness does not come from the millions of Muslims in the world. They do not mind being radical, they have no fear to speak out and to protest and to jihad.

As long as Muslims were confident they could not be defeated, but now we are just puppets.

But the leaders of the OIC could not even accept Mahathir's proposal, yet they talk about respect and honour.

But the weakness comes from these Westernised co-opted Muslim leaders who just want to look good in the eyes of the West and Western media.

Much more quotes by Abu Bakar Bashir below the page.

If my children do not behave according to Islam, if they do not pray for instance, I will punish them.

Islam is fixed, stable, ordered and disciplined, and so are Muslims.

Islam is perfect, there is nothing to be added or changed.

Oil wealth has been a curse on us, made us weak and docile.

The Afghans did not have sophisticated weapons like the Soviets did, but with their faith they defeated a superpower.

The Prophet defeated the enemies of Islam even when he and his followers were small in number.

Today the Western powers and media want to domesticate us like sheep, to keep us tame and domesticated.