See the gallery for quotes by Albert Brooks. You can to use those 8 images of quotes as a desktop wallpapers. 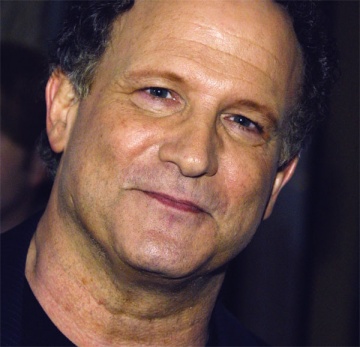 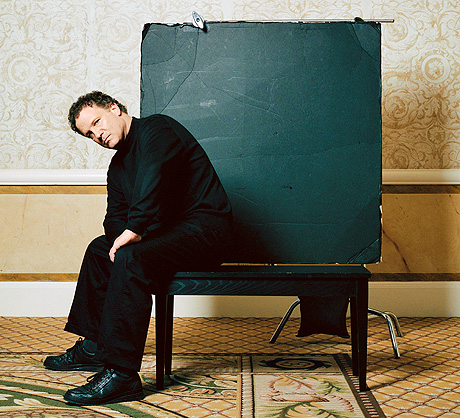 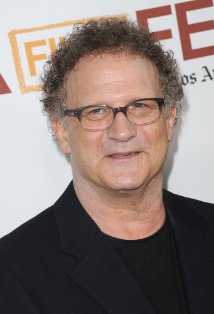 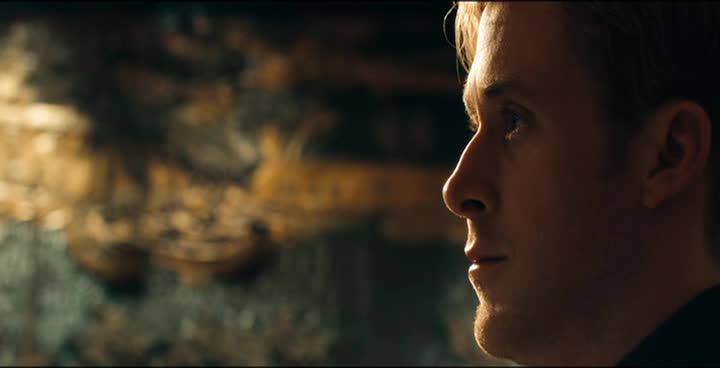 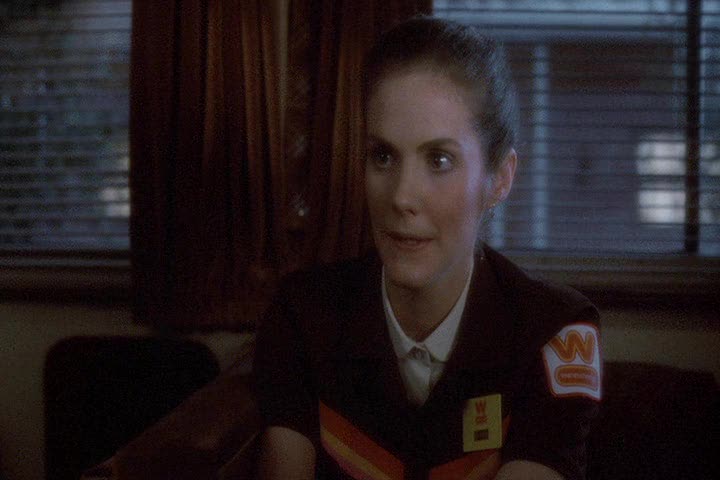 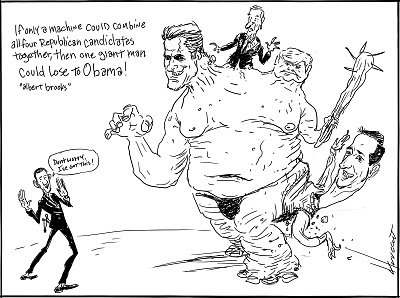 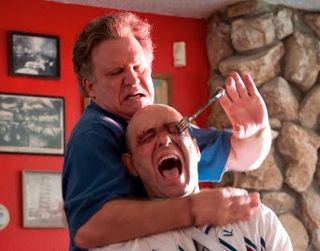 If I'm going to act in someone's movie, I want the movie to be interesting and be able to get a couple of solid doubles.

If you paint, write, do mosaics, knit - if it's solving that part of your brain saying, 'I need to do this,' you've won.

If you want to be a writer, just write. There's no magic to it.

If you're going to act and do this for a living, you want to play something that the audience didn't expect.

In my screenplays - from the very beginning I've always used tape. I talk my screenplays. And then have somebody transcribe them.

Most entertainment is trying to get you. It's tested, like toothpaste.

Movies are an expensive business.

Twitter, to me, works if you're funny. Twitter doesn't work as a promotional tool unless you do it very, very, very occasionally.

You know, I became a director out of necessity. I was writing comedies, and I couldn't find anybody to deliver it correctly.

You know, when cameras are rolling, improvisation doesn't feel natural. The pressure is too great. You're on a time schedule. You've got 60 crewmen.

As an actor, if you're just sitting and staring and you don't know who you are in your own mind, it's vacant. And sometimes the camera is an X-ray machine, it can pick it up.

By the way, movies are like sporting events in that you're as good as the movie you're in. You can sit in a room for 20 years and go do a movie and you can just kill in it and you move to the head of the line again. By the same token, you can do five movies a year and if they're dreck, it's nothing.

'Drive' came to me because the casting director knew my manager and called and said, 'You've always talked to me about Albert wanting to play the heavy. I think he should read this.' My ears just perked up.

Even if you didn't see the movie, you'd see two words you'd never seen put together before - comedy and Muslim. Comedy is friendly - it's the least offensive word in our language.

I guess 'The Player' was a pretty good L.A. movie. And 'Chinatown.' Was there ever a better L.A. movie about a certain period in L.A.? That was terrific.

I had a very wise person tell me that he thinks marriage, when you're younger, you keep thinking you can fix things. That's what people do. And you can't really fix anything. It shouldn't be a massive difficult thing every day. Life's difficult enough.

I'd still like to see 'Survivor' minus the planned show-biz parts. That would be the purest form of show business - I want to see someone so hungry that they eat somebody else's foot.

Tags: Business, Else, Someone

I've always liked to think ahead. Not stupid-far ahead. A hundred years doesn't interest me. But 20 years interests me, and more for what happens to humans as opposed to things.

If you look at the best-seller list for American fiction, they're all sequels to detective stories or stories about hunting serial killers. That's what's called American fiction these days.

Listen, there are some movies that are set in stone and the writer or the director does not want to change, but I've never worked on a movie, including my own, that didn't take advantage of a rehearsal process.

Much more quotes by Albert Brooks below the page.

My friend Harry Nilsson used to say the definition of an artist was someone who rode way ahead of the herd and was sort of the lookout. Now you don't have to be that, to be an artist. You can be right smack-dab in the middle of the herd. If you are, you'll be the richest.

My mom was a professional. My dad and mom met each other in a movie called 'New Faces of 1937.' My mom went under the name Thelma Leeds, and she did a few movies, and she was really a great singer, and when she married my dad and started to have a family, she sang at parties.

One of the things I like about a character: I always think it's fascinating when a character can turn on a dime and go from one emotion to another. I like watching that.

Steven Spielberg seems to have wanted to be a director from 13. He put his dog in a certain position and made him eat at four o'clock. He liked to direct it. But, to me, directing is tedious. Especially if you're acting in it. And I'm inherently lazy.

There's always the standard six people you can hire that have played all these villains in Hollywood. Instinctively, when they come on screen, you know what's going to happen. You don't know the story, but you know what they do.

Well, you know, with every character, if you're going to expose yourself, you've got to figure out every detail that you're going to play. So there's no character that you can just go put on his shirt and be fully prepared.

What's interesting about books that take place in the future, even twenty years in the future, is that many of them are black or white: It's either a utopia or it's misery. The real truth is that there's going to be both things in any future, just like there is now.

When I audition, I understand what it takes and the insecurities that come with it. If I do anything, I put actors at ease. I used to tell directors who weren't actors, the best thing they could do was take an acting class for a couple of months. Just to understand.

When I was younger, I wasn't concentrating on good days. I was managing a career and trying to have a good year. It would always 'lead' to something, which never leads to anything except death, where everything leads to. And then as I got older, and then I had my kids and everything, I began to appreciate a great Wednesday.

When I went to acting school, the kids that got the best grades were the kids that could cry on cue. But it didn't really translate into careers for any of them, because the external is the easy part.

You know what it is, the reason so many 18-year-olds, 19-year-olds are saying 'Drive' is their favorite movie is that 'Drive' is a 90-minute trip into what a lot of seventies filmmaking was. It encapsulates the best of a certain kind of style, and a style that a lot of people haven't seen before, with the music and the way it's edited.

You never do a movie and not want it to work. You accept whatever it is. You have to, but nobody in their right mind would not want the movie to be getting talked about at the end of the year.

If we had 3 million exhibitionists and only one voyeur, nobody could make any money.

When I die, if the word 'thong' appears in the first or second sentence of my obituary, I've screwed up.

Be generous and you can be the best person who ever lived.

Even though my father was a radio comedian, it wasn't cool to say, at a young age, 'I want to be a comedian.'

I can't not put humor in a book.

I cast unusual people in my movies.

I come from the place where I am thinking 'I have put my blood on the pages.'

I don't want to be the one to break it to you, but the future ain't that funny.

I just like making people laugh, and buried in that I like to bring up topics and start discussions.

I never wanted to be a director.

I take anything other than 'you big pig!' as a compliment.

I think anger and laughter are very close to each other, when you think about it.

I was in Kashmir last weekend. Went to visit one of my sweaters.

I'm a member of the Academy, but I don't know who all the other Academy members are. It's not like a politician who knows who is in the Iowa caucus.

I'm not a big fan of the post-Armageddon stories, where Denzel Washington is walking around in a torn coat.

I'm not Elvis. I don't get chased by paparazzi.

I'm not interesting enough on my own that you'd want to see a film about me.

I've always been in the middle of making my own movies, so taking acting jobs that take me away from that has been impossible.

I've been to many funerals of funny people, and they're some of the funniest days you'll ever have, because the emotions run high.

I, sort of, got into comedy accidentally, and it got bigger than I wanted it to.