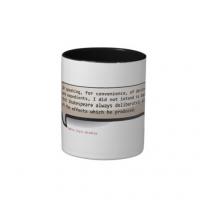 See the gallery for quotes by Andrew Coyle Bradley. You can to use those 8 images of quotes as a desktop wallpapers. 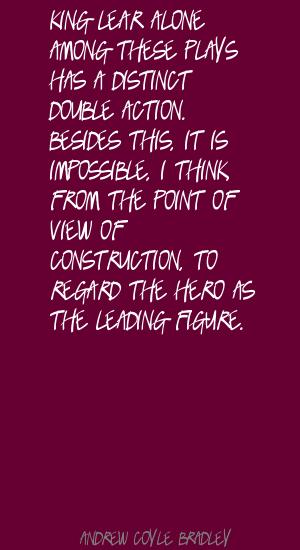 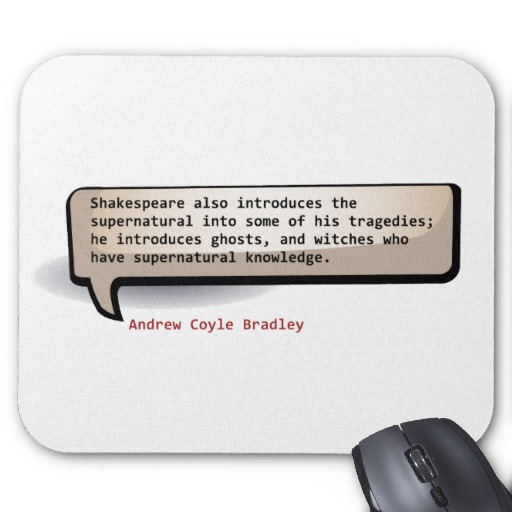 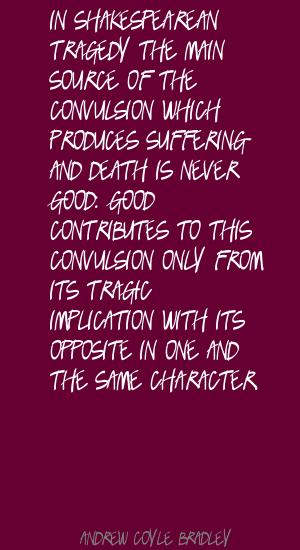 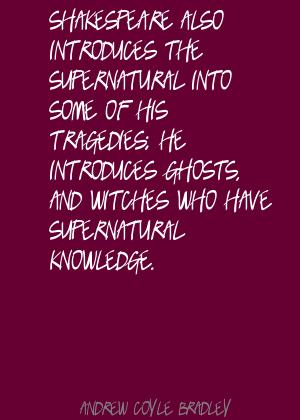 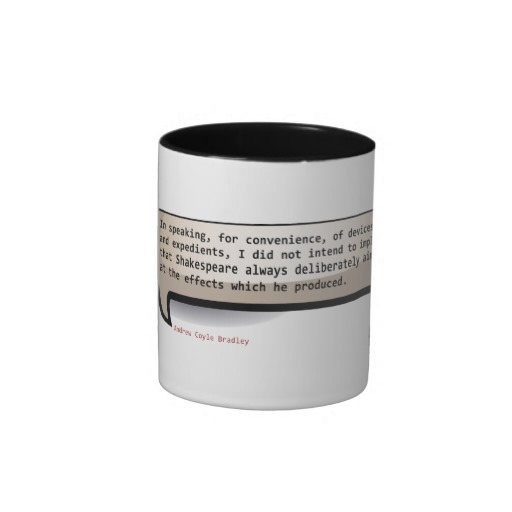 A Shakespearean tragedy as so far considered may be called a story of exceptional calamity leading to the death of a man in high estate. But it is clearly much more than this, and we have now to regard it from another side.

Tags: Another, Death, May

When Shakespeare begins his exposition thus he generally at first makes people talk about the hero, but keeps the hero himself for some time out of sight, so that we await his entrance with curiosity, and sometimes with anxiety.

Both Brutus and Hamlet are highly intellectual by nature and reflective by habit. Both may even be called, in a popular sense, philosophic; Brutus may be called so in a stricter sense.

But, in addition, there is, all through the tragedy, a constant alternation of rises and falls in this tension or in the emotional pitch of the work, a regular sequence of more exciting and less exciting sections.

In approaching our subject it will be best, without attempting to shorten the path by referring to famous theories of the drama, to start directly from the facts, and to collect from them gradually an idea of Shakespearean Tragedy.

In Shakespearean tragedy the main source of the convulsion which produces suffering and death is never good: good contributes to this convulsion only from its tragic implication with its opposite in one and the same character.

In speaking, for convenience, of devices and expedients, I did not intend to imply that Shakespeare always deliberately aimed at the effects which he produced.

In the first place, it must be remembered that our point of view in examining the construction of a play will not always coincide with that which we occupy in thinking of its whole dramatic effect.

Job was the greatest of all the children of the east, and his afflictions were well-nigh more than he could bear; but even if we imagined them wearing him to death, that would not make his story tragic.

King Lear alone among these plays has a distinct double action. Besides this, it is impossible, I think, from the point of view of construction, to regard the hero as the leading figure.

Most people, even among those who know Shakespeare well and come into real contact with his mind, are inclined to isolate and exaggerate some one aspect of the tragic fact.

Nor does the idea of a moral order asserting itself against attack or want of conformity answer in full to our feelings regarding the tragic character.

Shakespeare very rarely makes the least attempt to surprise by his catastrophes. They are felt to be inevitable, though the precise way in which they will be brought about is not, of course, foreseen.

Shakespeare's idea of the tragic fact is larger than this idea and goes beyond it; but it includes it, and it is worth while to observe the identity of the two in a certain point which is often ignored.

We cannot arrive at Shakespeare's whole dramatic way of looking at the world from his tragedies alone, as we can arrive at Milton's way of regarding things, or at Wordsworth's or at Shelley's, by examining almost any one of their important works.

We might not object to the statement that Lear deserved to suffer for his folly, selfishness and tyranny; but to assert that he deserved to suffer what he did suffer is to do violence not merely to language but to any healthy moral sense.