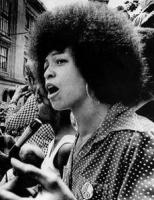 See the gallery for quotes by Angela Davis. You can to use those 8 images of quotes as a desktop wallpapers. 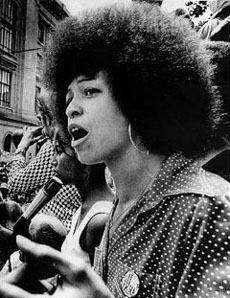 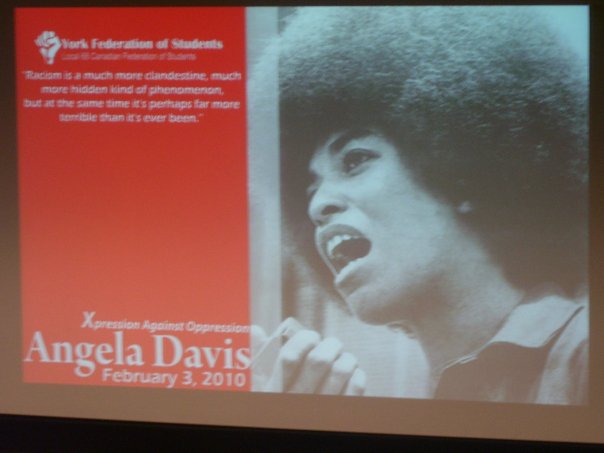 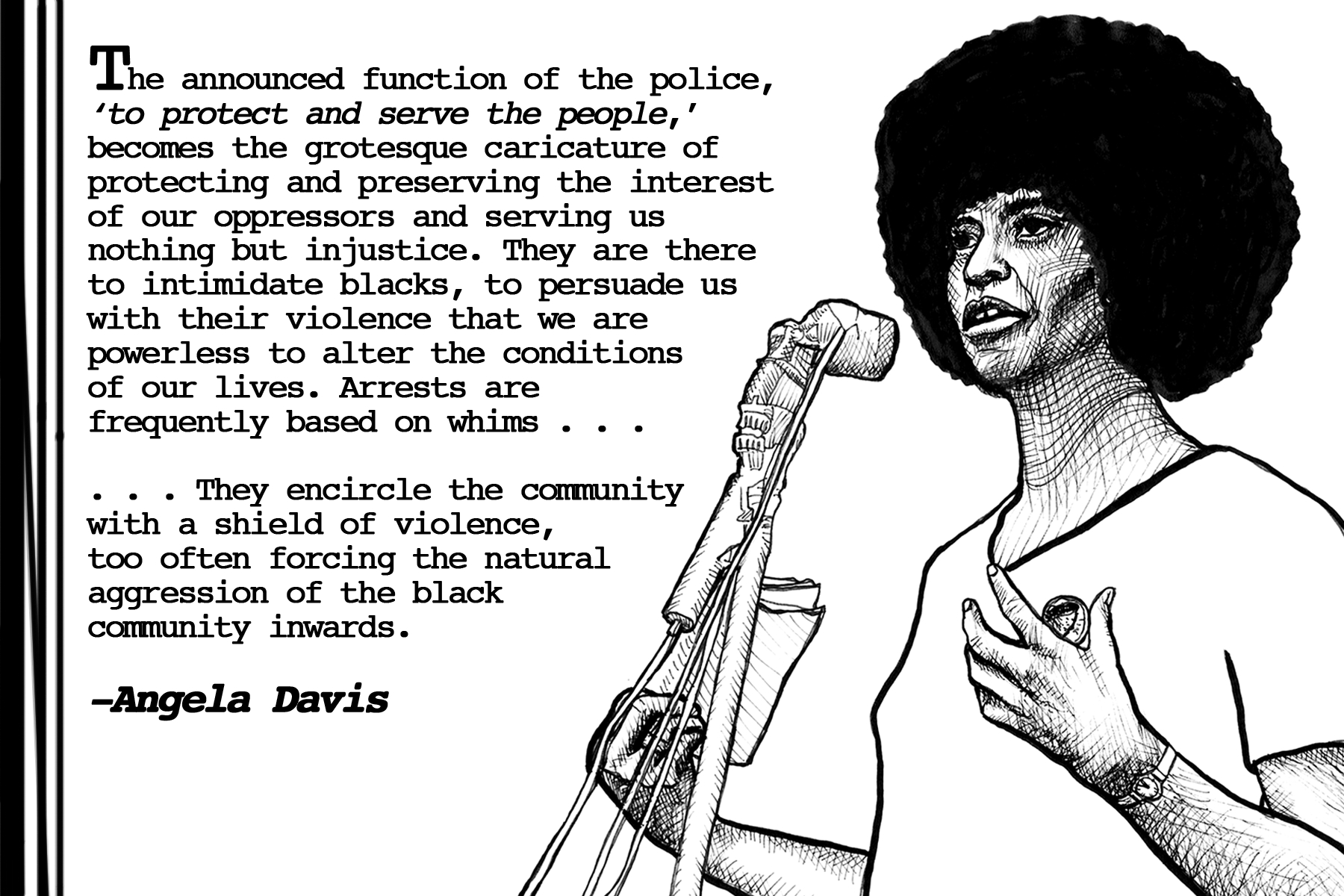 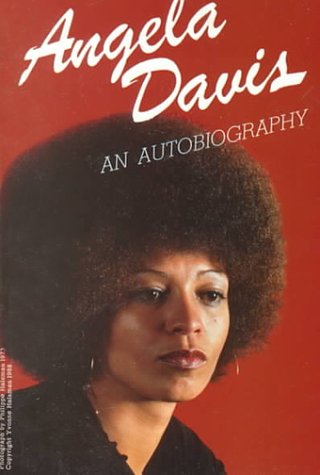 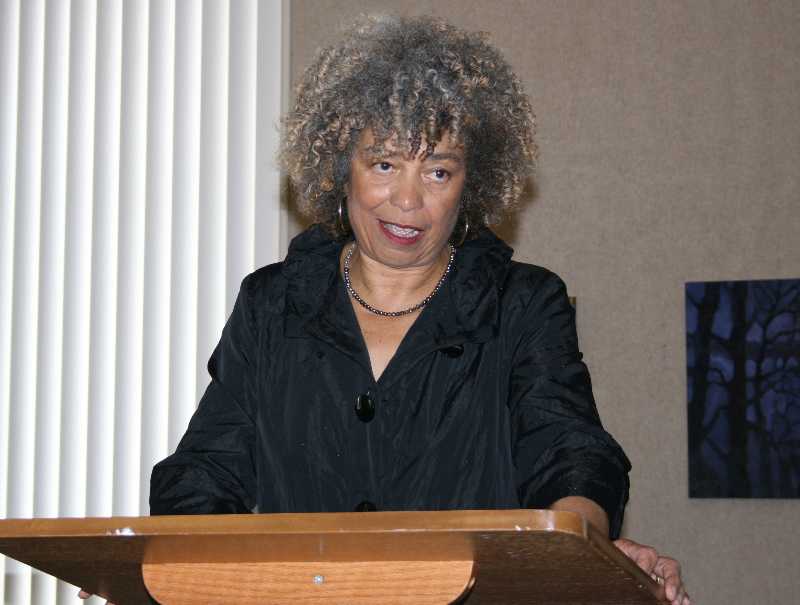 You can never stop and as older people, we have to learn how to take leadership from the youth and I guess I would say that this is what I'm attempting to do right now.

First of all, I didn't suggest that we should simply get rid of all prisons.

Well of course I get depressed sometimes, yes I do.

As soon as my trial was over, we tried to use the energy that had developed around my case to create another organization, which we called the National Alliance against Racist and Political Repression.

I grew up in the southern United States in a city which at that time during the late '40's and early '50's was the most segregated city in the country, and in a sense learning how to oppose the status quo was a question of survival.

Well I teach in the History of Consciousness Department at the University of California, Santa Cruz. So that's my primary work. I lecture on various campuses and in various communities across the country and other parts of the world.

What I think is different today is the lack of political connection between the black middle class and the increasing numbers of black people who are more impoverished than ever before.

Yes, I think it's really important to acknowledge that Dr. King, precisely at the moment of his assassination, was re-conceptualizing the civil rights movement and moving toward a sort of coalitional relationship with the trade union movement.

What this country needs is more unemployed politicians.

Racism, in the first place, is a weapon used by the wealthy to increase the profits they bring in by paying Black workers less for their work.

Racism is a much more clandestine, much more hidden kind of phenomenon, but at the same time it's perhaps far more terrible than it's ever been.

We have to talk about liberating minds as well as liberating society.

I think the importance of doing activist work is precisely because it allows you to give back and to consider yourself not as a single individual who may have achieved whatever but to be a part of an ongoing historical movement.

As a black woman, my politics and political affiliation are bound up with and flow from participation in my people's struggle for liberation, and with the fight of oppressed people all over the world against American imperialism.

To understand how any society functions you must understand the relationship between the men and the women.

We know the road to freedom has always been stalked by death.

Much more quotes by Angela Davis below the page.

And I guess what I would say is that we can't think narrowly about movements for black liberation and we can't necessarily see this class division as simply a product or a certain strategy that black movements have developed for liberation.

I think that has to do with my awareness that in a sense we all have a certain measure of responsibility to those who have made it possible for us to take advantage of the opportunities.

I'm suggesting that we abolish the social function of prisons.

The work of the political activist inevitably involves a certain tension between the requirement that position be taken on current issues as they arise and the desire that one's contributions will somehow survive the ravages of time.

But at the same time you can't assume that making a difference 20 years ago is going to allow you to sort of live on the laurels of those victories for the rest of your life.

In a sense the quest for the emancipation of black people in the U.S. has always been a quest for economic liberation which means to a certain extent that the rise of black middle class would be inevitable.

I never saw myself as an individual who had any particular leadership powers.

My name became known because I was, one might say accidentally the target of state repression and because so many people throughout the country and other parts of the world organized around the demand for my freedom.

Well of course there's been a great deal of progress over the last 40 years. We don't have laws that segregate black people within the society any longer.