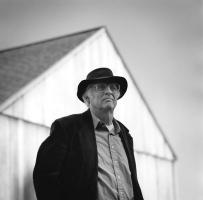 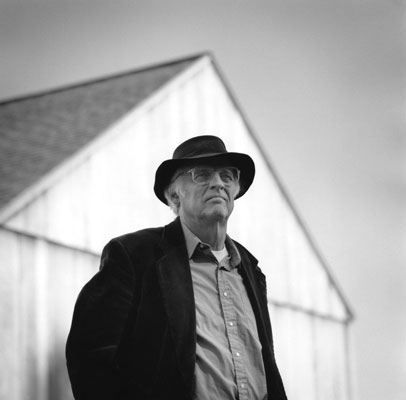 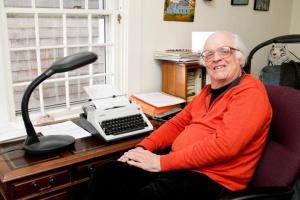 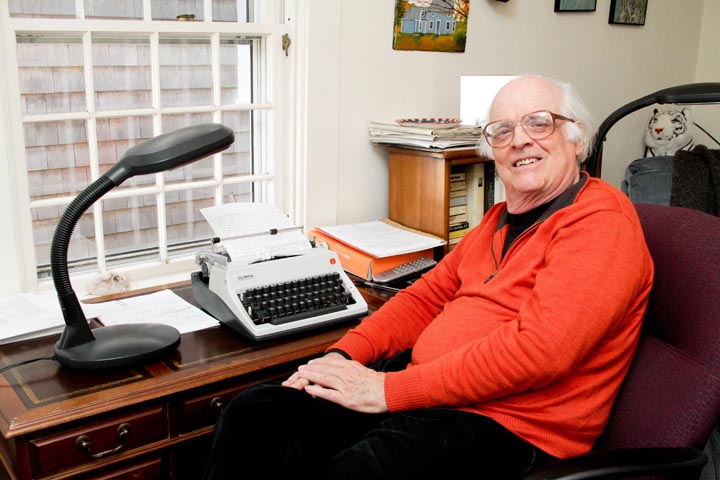 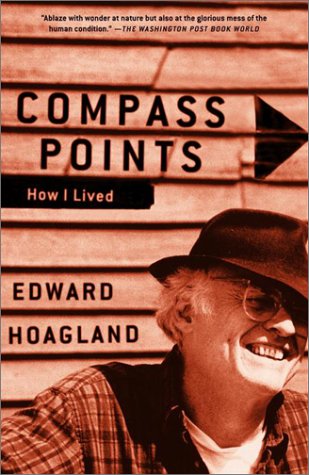 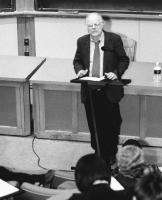 In order to really enjoy a dog, one doesn't merely try to train him to be semi-human. The point of it is to open oneself to the possibility of becoming partly a dog.

Like a kick in the butt, the force of events wakes slumberous talents.

Many people have believed that they were Chosen, but none more baldly than the Texans.

Country people do not behave as if they think life is short; they live on the principle that it is long, and savor variations of the kind best appreciated if most days are the same.

A writer's work is to witness things.

Animals are stylized characters in a kind of old saga - stylized because even the most acute of them have little leeway as they play out their parts.

Men greet each other with a sock on the arm, women with a hug, and the hug wears better in the long run.

Once I climbed into a mountain lion's cage and she bounded at me and put her paw on my face, but she kept her claws withdrawn.

Tags: Her, Once, Put

There were periods during my childhood when I stammered so badly I couldn't talk at all.

Black bears, though, are not fearsome. I encountered one on the road to my house in Vermont, alone at night. I picked up two stones just in case, but I wasn't afraid of him. I felt a hunter's exhilaration and a brotherly feeling.

City people try to buy time as a rule, when they can, whereas country people are prepared to kill time, although both try to cherish in their mind's eye the notion of a better life ahead.

Land of opportunity, land for the huddled masses where would the opportunity have been without the genocide of those Old Guard, bristling Indian tribes?

The question of whether it's God's green earth is not at center stage, except in the sense that if so, one is reminded with some regularity that He may be dying.

When I was 18 I worked with the Ringling Brothers circus, taking care of menagerie animals. I used to rather deliberately risk my life with the big cats.