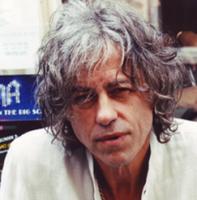 See the gallery for quotes by Bob Geldof. You can to use those 6 images of quotes as a desktop wallpapers. 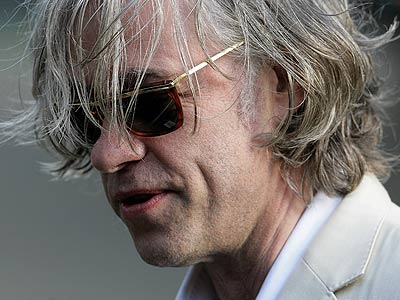 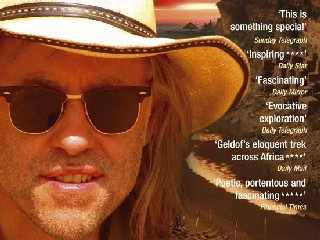 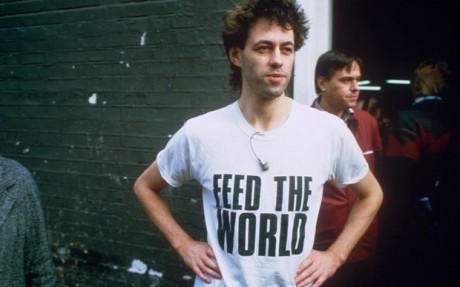 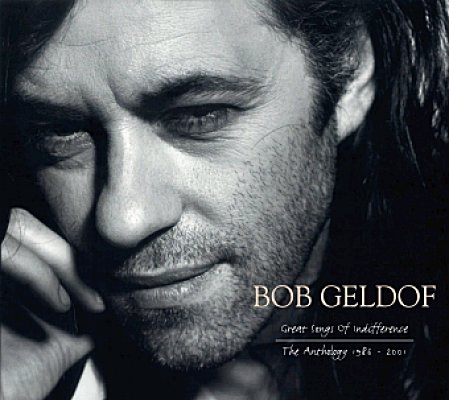 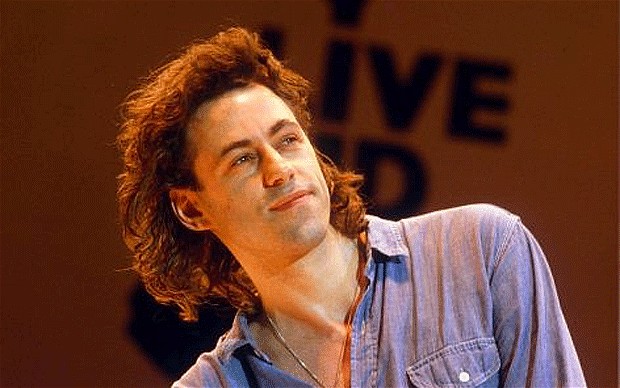 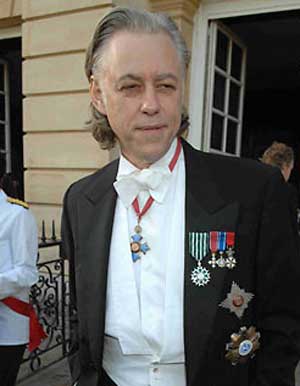 Actually, today I had to defend the Bush Administration in France again. They refuse to accept, because of their political ideology, that he has actually done more than any American President for Africa. But it's empirically so.

Everything that's rock n roll is ever meant to be is happening now. I need to get over the shock that that thing is actually happening and that thousands of millions of people around the world are watching.

I'd always thought the Rats were good fun, but one of the very nice things about being of Saga age is that I can actually look back and think, When I was younger I was in a great band. It was always a collective thing.

It's like you asked me about the depression thing: you grope towards an understanding of whatever it is your going through, and it's not personal, there are forces in play around you, and you seek to understand them and that way you can go on.

Men who are not given any voice in this because of the secret nature of the courts, what they're left with is dressing up ridiculously, but at least using humour to try and draw attention to their kids.

But if somebody dies, if something happens to you, there is a normal process of depression, it is part of being human, and some people view it as a learning experience etc.

It's really very simple, Governor. When people are hungry they die. So spare me your politics and tell me what you need and how you're going to get it to these people.

Certainly, I think being depressed is absolutely part of the human condition, it has to be, if there's joy there's its opposite, and it's something you ride if you possibly can.

Physically I'm tired at the end of the day and quite glad to be reading in bed by midnight.

And part of that is, what is the point of having children if you don't have the privilege of bringing them up?

And whereas women had to fight to find their way into the workforce, men are now fighting to reclaim their place in the family structure.

Mankind at its most desperate is often at its best.

90% of the divorces are initiated by women. That is really odd. Why? What's going on? What's the great discontent at the heart of it?

But I think Prozac is a lethal drug, I've several friends just haven't made it by taking Prozac.

Much more quotes by Bob Geldof below the page.

Divorce is a by-product of the fact that maybe the nuclear unit is gone.

I was really lucky that I came to puberty at a time when music and politics were completely intertwined.

I'm sure I'm very difficult to live with because of my make-up and personality.

If you were a pretty boy pop singer, it would wreck you, growing older.

Music is still above all else the thing that does it for me.

Tags: Above, Else, Music

Music is what I must do, business is what I need to do and politics is what I have to do.

Playing live if the thing I love doing best.

There is not a single extant study that supports all the arguments against men being with their children. It's absolute bollocks.