See the gallery for quotes by Christopher Hampton. You can to use those 8 images of quotes as a desktop wallpapers. 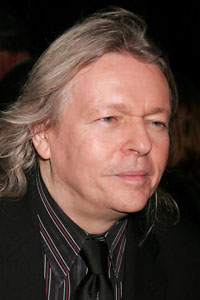 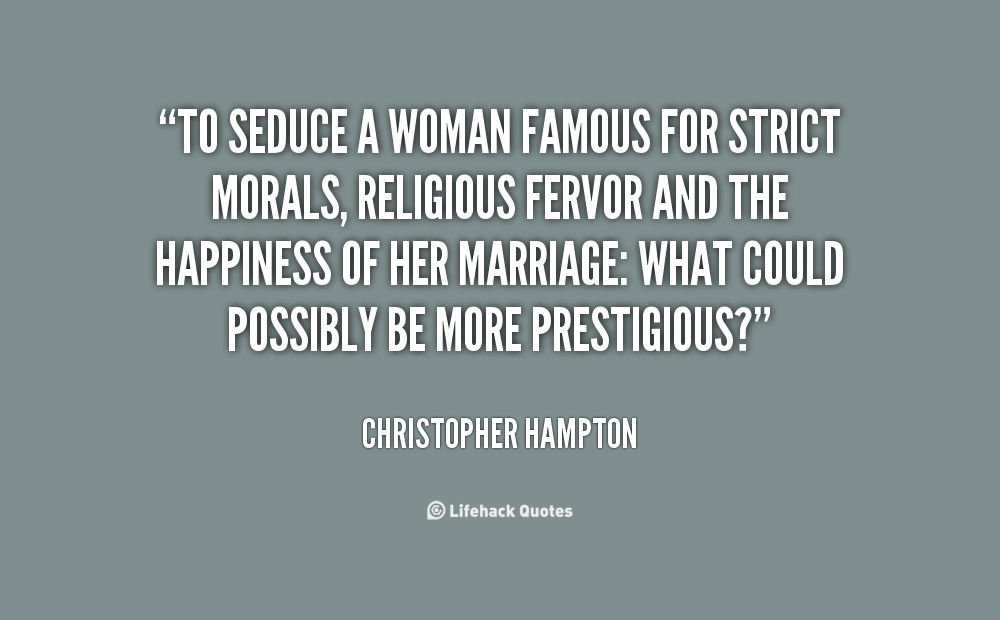 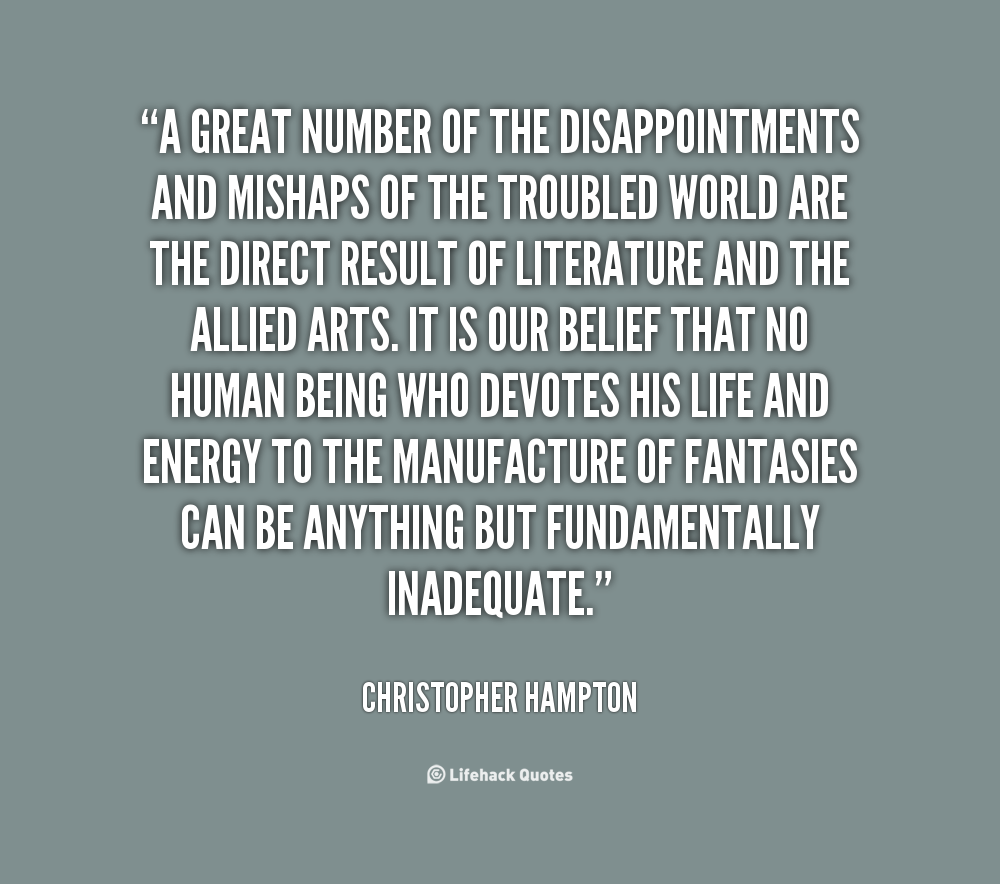 A great number of the disappointments and mishaps of the troubled world are the direct result of literature and the allied arts. It is our belief that no human being who devotes his life and energy to the manufacture of fantasies can be anything but fundamentally inadequate.

I have always thought of sophistication as rather a feeble substitute for decadence.

Asking a working writer what he thinks about critics is like asking a lamp-post what it feels about dogs.

I find I have to give myself a day when I just shut myself off and do nothing but read.

Tags: Give, Off, Read

I love films. If I'd known how to get into or do it from the word go, I would have done that.

I think there's something degrading about having a husband for a rival. It's humiliating if you fail and commonplace if you succeed.

I'm ashamed to say the first play I saw at the Royal Court was mine.

If I had to give a definition of capitalism I would say: the process whereby American girls turn into American women.

It's great to get out of the study and work with real living and breathing people.

There is a sort of theory that you should adapt bad books because they always make more successful films.

There was a moment in the early '80s when I wanted to work on films and wanted to live in L.A.

To seduce a woman famous for strict morals, religious fervor and the happiness of her marriage: what could possibly be more prestigious?

Often I think the novels I read won't make very good movies - I better not say which I'm looking at for potential films! - but it's nice to have an excuse to just sit and read for a whole day.

Since my adaptation of Ian McEwan's 'Atonement,' I get sent a lot of novels that people think will work as movies. So every now and then I make a point of sitting down and reading a couple of them.