See the gallery for quotes by Daniel Ellsberg. You can to use those 8 images of quotes as a desktop wallpapers. 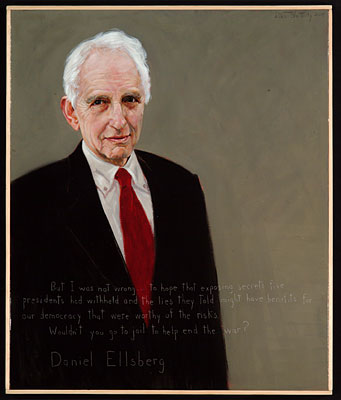 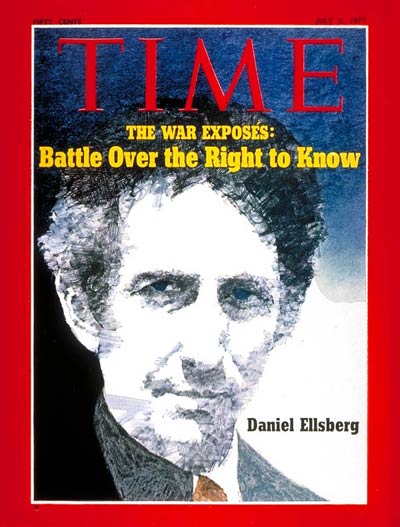 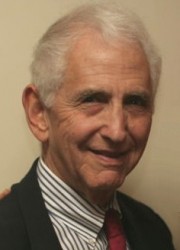 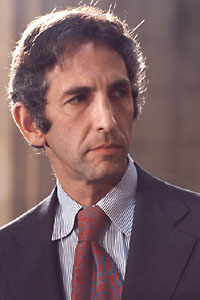 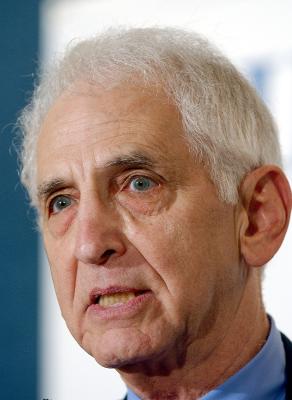 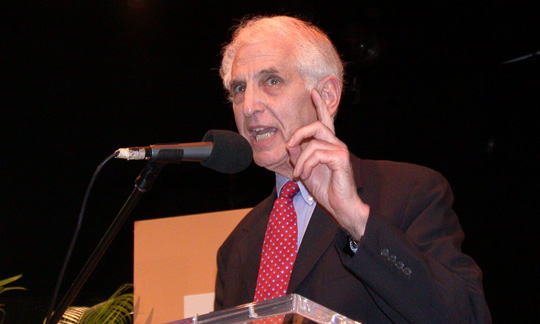 There are two types of courage involved with what I did. When it comes to picking up a rifle, millions of people are capable of doing that, as we see in Iraq or Vietnam. But when it comes to risking their careers, or risking being invited to lunch by the establishment, it turns out that's remarkably rare.

There should be at least one leak like the Pentagon Papers every year.

Look, all administrations, all governments lie, all officials lie and nothing they say is to be believed. That's a pretty good rule.

If there's another 9/11 or a major war in the Middle-East involving a U.S. attack on Iran, I have no doubt that there will be, the day after or within days an equivalent of a Reichstag fire decree that will involve massive detentions in this country.

Obama is making a choice now that will lead to the deaths of many thousands of civilians in Afghanistan by American hands. By ordinary standards of presidents, he is a decent man. But those standards aren't good enough. He's in a position either to kill or not to kill, and he's made the decision to kill.

The fact is that when it comes to judgment as to what should be secret and what should not be secret, Julian Assange's judgment has been pretty good so far.

I agree that there are things that should be kept secret.

Nixon did have a secret plan, and I knew that it involved making threats of nuclear war to North Vietnam.

We were young, we were foolish, we were arrogant, but we were right.

It was a good 15 or 20 years before anyone at Rand would be in the same room with me. They didn't want the question raised, 'What's your relationship with Daniel Ellsberg?' And not one of them wrote me a letter because they didn't want a letter of theirs to show up in my trash - which the FBI had been going through.

My feelings of revulsion and foreboding about nuclear weapons had not changed an iota since 1945, and they have never left me. Since I was 14, the overriding objective of my life has been to prevent the occurrence of nuclear war.

Only we, the public, can force our representatives to reverse their abdication of the war powers that the Constitution gives exclusively to the Congress.

President Johnson put destroyers in harm's way in the Tonkin Gulf not only once, but several times, with the, with a lot of his people hoping that it would lead to a confrontation and claiming that it had. And could have resulted in the lost of many lives in the course of it. 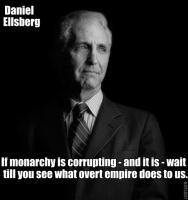 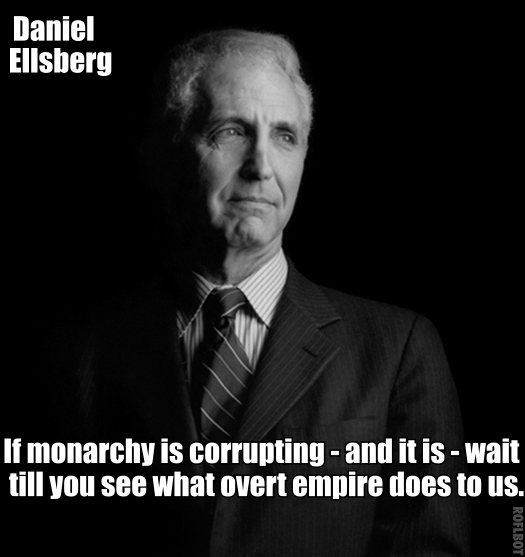