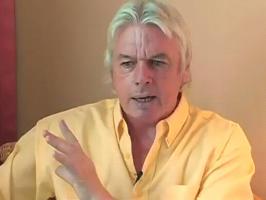 See the gallery for quotes by David Icke. You can to use those 8 images of quotes as a desktop wallpapers. 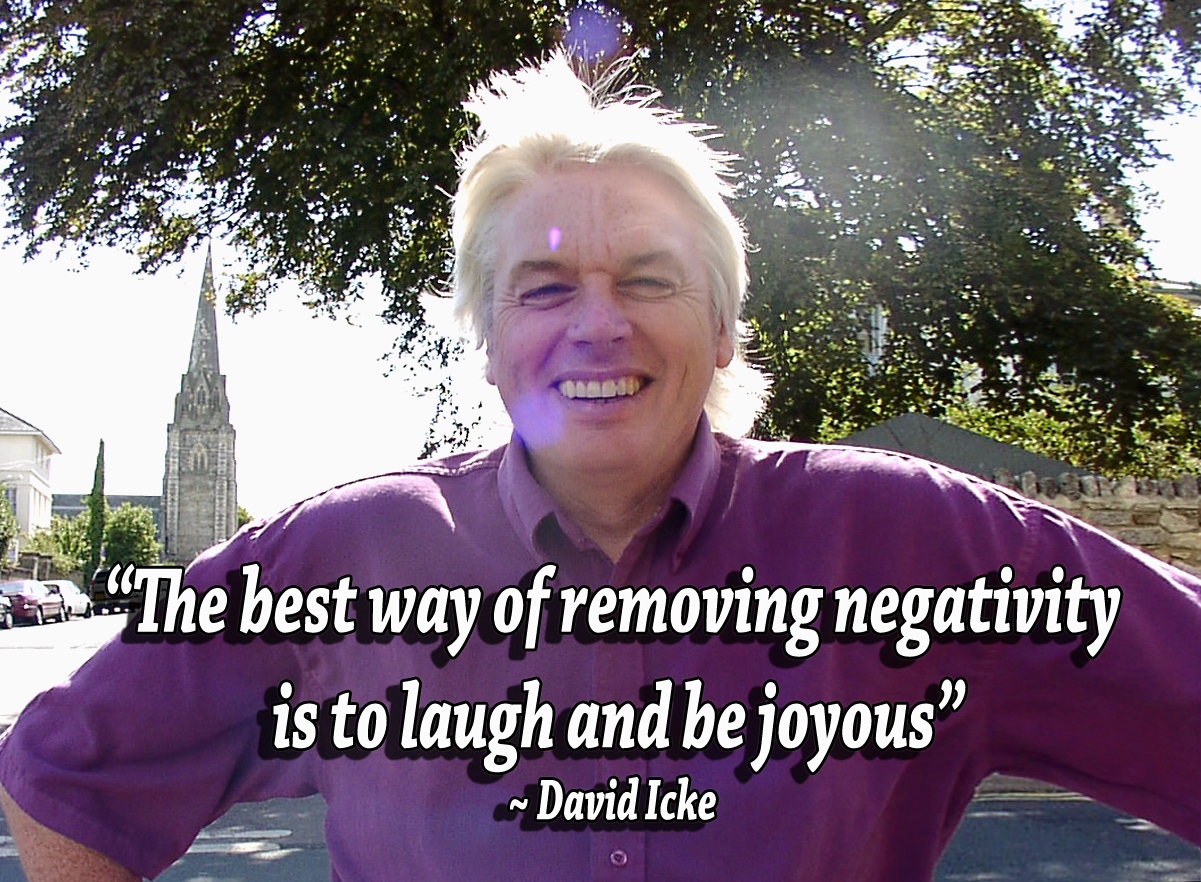 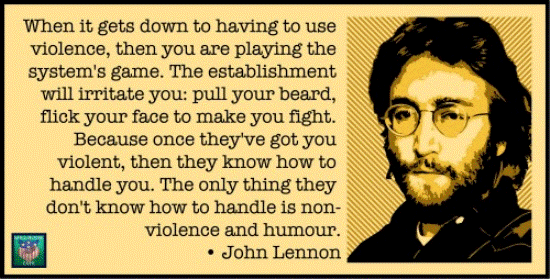 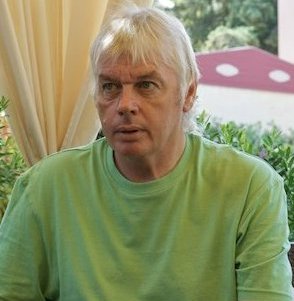 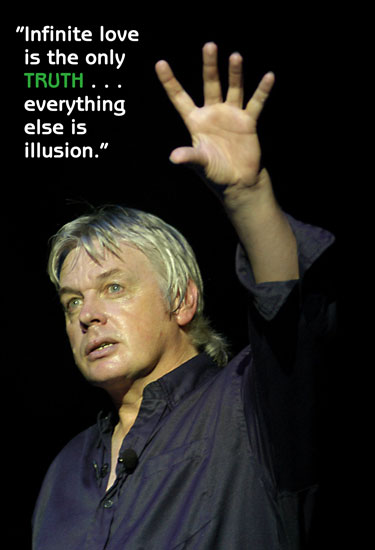 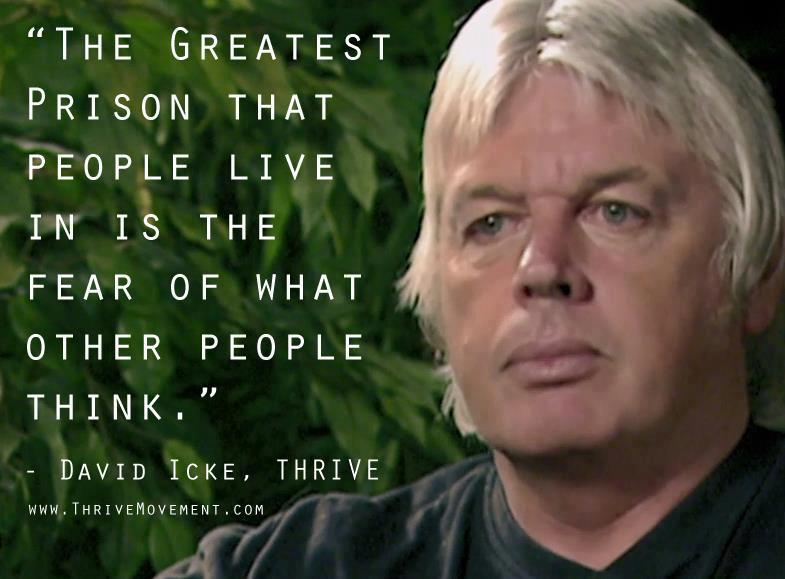 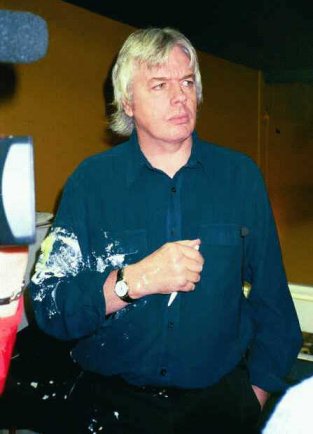 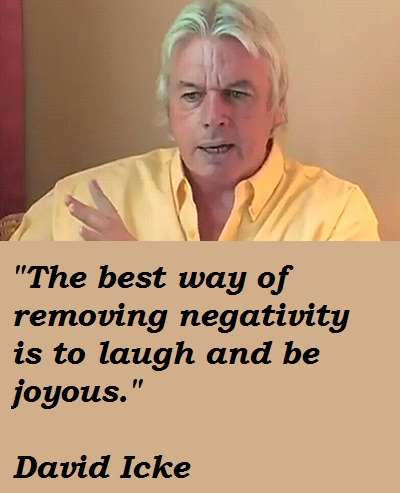 The years after the millennium will see gathering conflict all over the world to the point where the United Nations will be overwhelmed.

I prefer to speak of 'interdimensionals' rather than 'extraterrestrials' because the latter has connotations of 'little green men' and all the other cliche responses. Nor does it tell the full story.

A friend at school was always being laughed at because his father emptied dustbins for a living. But those who laughed worshipped famous footballers. This is an example of our topsy-turvy view of 'success.' Who would we miss most if they did not work for a month, the footballer or the garbage collector?

Humanity is actually under the control of dinosaur-like alien reptiles called the Babylon Brotherhood who must consume human blood to maintain their human appearance.

I am always loath to use the world 'evil,' but if 'evil' is the reverse of 'live,' Guy de Rothschild is thoroughly evil. He stands for the opposite of life.

I couldn't walk down any street in Britain without being laughed at. It was a nightmare. My children were devastated because their dad was a figure of ridicule.

I once had an extraordinary experience with former prime minister Ted Heath. Both of his eyes, including the whites, turned jet black, and I seemed to be looking into two black holes.

In terms of the way people see me, it breaks down into two very clear and distinct groups: those who think they know me from reading the papers and those who really know me by reading my books.

Many Jews are not Zionists and many non-Jews are. Zionism is a political movement, not a race. To say Zionism is the Jewish people is like saying the Democratic Party is the American people. Jewish people who oppose Zionism, however, have been given a very hard time.

Official history is merely a veil to hide the truth of what really happened. When the veil is lifted, again and again we see that not only is the official version not true, it is often 100% wrong.

One of my very greatest fears as a child was being ridiculed in public. And there it was coming true. As a television presenter, I'd been respected. People come up to you in the street and shake your hand and talk to you in a respectful way.

One of the most important secret societies of the 20th century is called the Round Table. It is based in Britain with branches across the world. It is the Round Table that ultimately orchestrates the network of the Bilderberg Group, Council on Foreign Relations, Trilateral Commission and the Royal Institute of International Affairs.

People think I'm some kind of prophet, but I'm not someone who gets my information from the ether. I've been given the coordinates about how things work.

The BBC sports department when I was there was seriously to the right of Ghengis Khan, and if people think I am strange, they should have met some of the production staff I worked with. Margaret Thatcher and the Queen were the pin up girls for many of them.

The Christian Bible is a symbolic book, not a literal one. The one Christians know as Jesus was actually a symbol for the sun. Ancient sun worshippers believed the sun died at the end of the winter solstice and then three days later it would be reborn at the start of its cycle - December 25.

The families in positions of great financial power obsessively interbreed with each other. But I'm not talking about one Earth race, Jewish or non-Jewish. I'm talking about a genetic network that operates through all races, this bloodline being a fusion of human and reptilian genes.

The human race is a herd. Here we are, unique, eternal aspects of consciousness with an infinity of potential, and we have allowed ourselves to become an unthinking, unquestioning blob of conformity and uniformity. A herd. Once we concede to the herd mentality, we can be controlled and directed by a tiny few. And we are.

When you look in the mirror, what do you see? Do you see the real you, or what you have been conditioned to believe is you? The two are so, so different. One is an infinite consciousness capable of being and creating whatever it chooses, the other is an illusion imprisoned by its own perceived and programmed limitations.

The best way of removing negativity is to laugh and be joyous.

Infinite love is the only truth. Everything else is illusion.

I believe that the human race has developed a form of collective schizophrenia in which we are not only the slaves to this imposed thought behavior, but we are also the police force of it.

Much more quotes by David Icke below the page.

I know that you are part of me and I am part of you because we are all aspects of the same infinite consciousness that we call God and Creation.

Have you ever wondered what your subconscious mind looks like? Well today, I can show you.

So reports of my madness, as they say, were greatly exaggerated. Not that I give a bugger either way.

Tags: Either, Give, Madness

We are reflections of one another, therefore I know that you are part of me and I am part of you because we are all projections of the universal principles of creation/destruction polarities of the same infinite consciousness that we call God.

And why do we, who say we oppose tyranny and demand freedom of speech, allow people to go to prison and be vilified, and magazines to be closed down on the spot, for suggesting another version of history.

A gift of truth is the gift of love.

Any society where it's a crime or a hassle to be different is a society based on psychological fascism.

Everyone is a son or daughter of god.

God save us from religion.

Humanity is mind-controlled and only slightly more conscious than your average zombie.

I am a channel for the Christ spirit. The title was given to me very recently by the Godhead.

I am not an anti-Semite! I have a great respect for the Jewish people.

I love sport as long as it's kept as an entertainment - not a meaning of life.

If you have a pre-conceived idea of the world, you edit information. When it leads you down a certain road, you don't challenge your own beliefs.