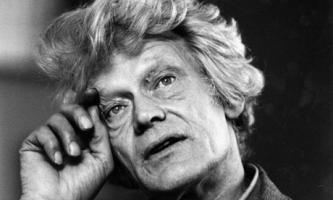 See the gallery for quotes by E. P. Thompson. You can to use those 8 images of quotes as a desktop wallpapers. 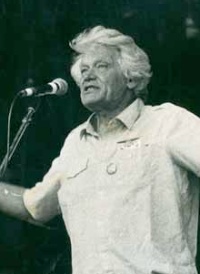 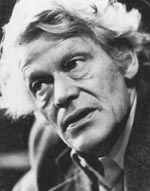 The missiles come first, and the justifications come second.

I think that the U.S. does have this very much more open attitude, and I admire it very much and I think it's very important to the world. But the information and the discussion sometimes come too late, after the effective decision has been made.

For two decades the state has been taking liberties, and these liberties were once ours.

I am convinced that we are in a terminal process.

I don't care tuppence whether I'm forced into a leadership position or not. I'd much sooner not.

I will hear no talk that there are no intermediate-range weapons on the NATO side.

The talk about balance, nuclear balance, seems to me to be metaphysical and doesn't seem to be real at all.

Could I interrupt here, because there is an alternative explanation, which you are particularly well placed to examine. You know the argument that it is the alchemists in the laboratories who invent the sweet new kits.

I have become a prisoner of the peace movement. But you can't say that the termination is coming and then say that you are going back to your own garden to dig.

The readings of Soviet society are as many as the experts you speak to. In my view, it's a society that is overdue for measures of democratization and organization.

You know as a scientist that both were developed completely independently of each other in the laboratories. And only afterward were the political situations contrived out of which they could be justified. 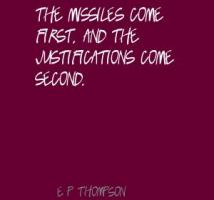 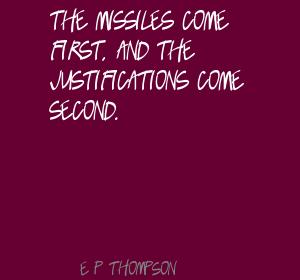 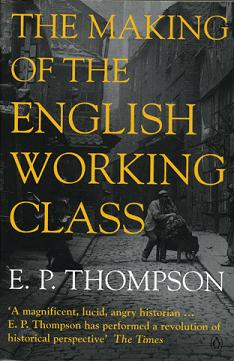