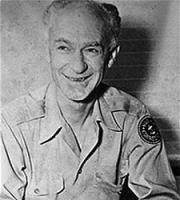 See the gallery for quotes by Ernie Pyle. You can to use those 8 images of quotes as a desktop wallpapers. 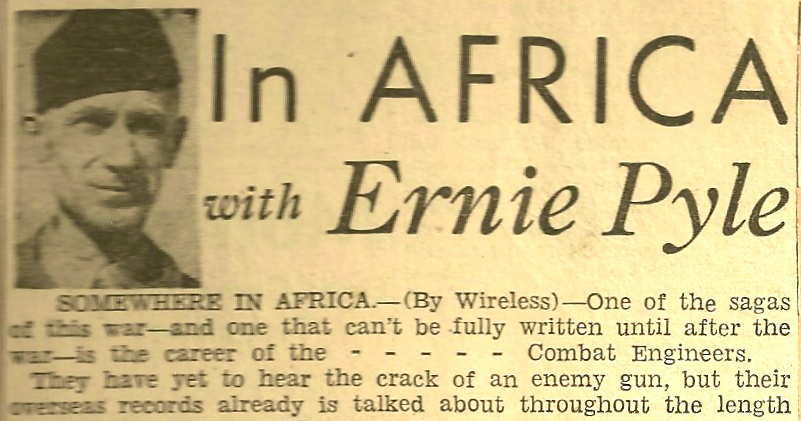 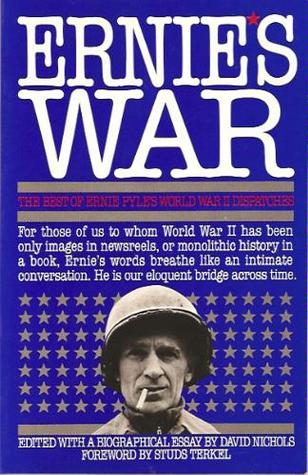 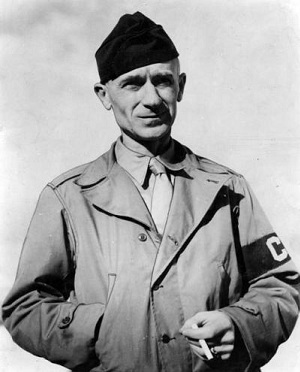 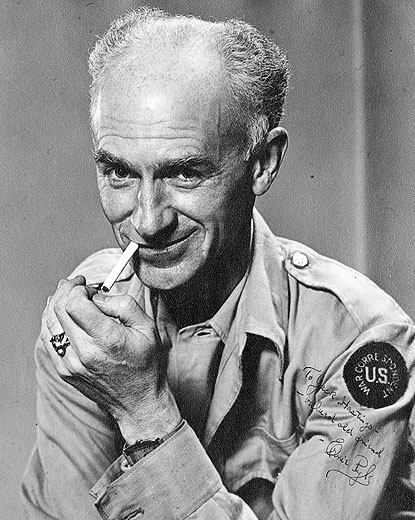 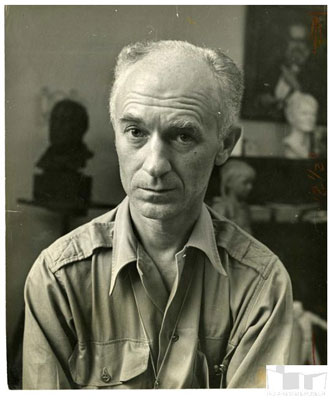 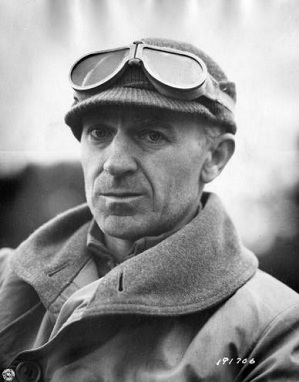 War makes strange giant creatures out of us little routine men who inhabit the earth.

I was away from the front lines for a while this spring, living with other troops, and considerable fighting took place while I was gone. When I got ready to return to my old friends at the front I wondered if I would sense any change in them.

The men are walking. They are fifty feet apart, for dispersal. Their walk is slow, for they are dead weary, as you can tell even when looking at them from behind. Every line and sag of their bodies speaks their inhuman exhaustion.

I've been immersed in it too long. My spirit is wobbly and my mind is confused. The hurt has become too great.

If you go long enough without a bath, even the fleas will leave you alone.

At last we are in it up to our necks, and everything is changed, even your outlook on life.

If I can just see the European war out I think I might feel justified in quitting the war.

It was a night when London was ringed and stabbed with fire.

Swinging first and swinging to kill is all that matters now.

About every two minutes a new wave of planes would be over. The motors seemed to grind rather than roar, and to have an angry pulsation like a bee buzzing in blind fury.

All the rest of us - you and me and even the thousands of soldiers behind the lines in Africa - we want terribly yet only academically for the war to get over.

Below us the Thames grew lighter, and all around below were the shadows - the dark shadows of buildings and bridges that formed the base of this dreadful masterpiece.

But to the fighting soldier that phase of the war is behind. It was left behind after his first battle. His blood is up. He is fighting for his life, and killing now for him is as much a profession as writing is for me.

I've really been sick with this cold, but I think I might have kept the columns going anyhow except I was just so low in spirit, I didn't have the will to struggle against them when my deadline was so close and I felt so lousy.

In their eyes as they pass is not hatred, not excitement, not despair, not the tonic of their victory - there is just the simple expression of being here as though they had been here doing this forever, and nothing else.

Our artillery has really been sensational. For once we have enough of something and at the right time. Officers tell me they actually have more guns than they know what to do with.

Someday when peace has returned to this odd world I want to come to London again and stand on a certain balcony on a moonlit night and look down upon the peaceful silver curve of the Thames with its dark bridges.

The American soldier is quick in adapting himself to a new mode of living. Outfits which have been here only three days have dug vast networks of ditches three feet deep in the bare brown earth. They have rigged up a light here and there with a storage battery.

The closest fires were near enough for us to hear the crackling flames and the yells of firemen. Little fires grew into big ones even as we watched. Big ones died down under the firemen's valor only to break out again later.

The front-line soldier wants it to be got over by the physical process of his destroying enough Germans to end it. He is truly at war. The rest of us, no matter how hard we work, are not.