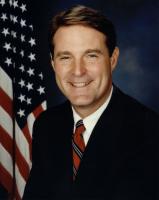 See the gallery for quotes by Evan Bayh. You can to use those 7 images of quotes as a desktop wallpapers. 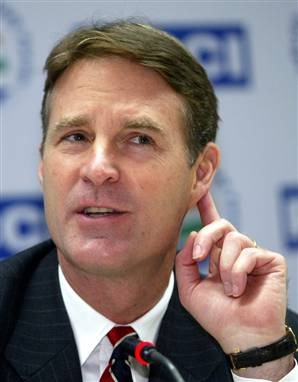 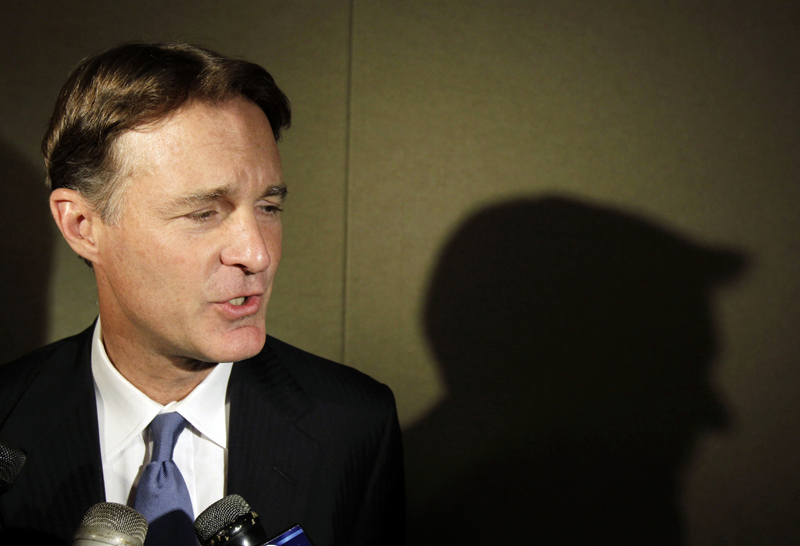 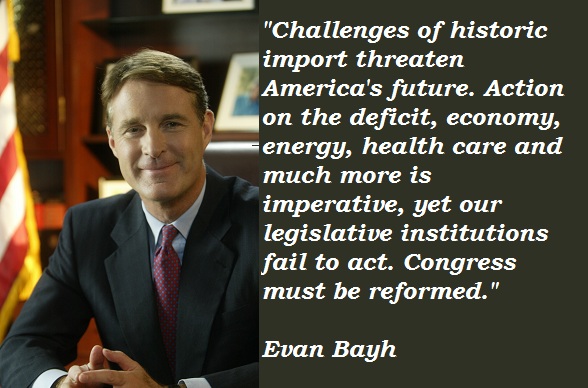 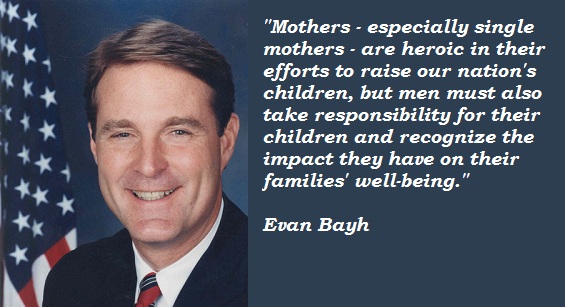 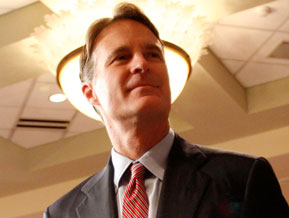 Mothers - especially single mothers - are heroic in their efforts to raise our nation's children, but men must also take responsibility for their children and recognize the impact they have on their families' well-being.

If I could create one job in the private sector by helping to grow a business, that would be one more than Congress has created in the last six months.

I love working for the people of Indiana. I love helping our citizens make the most of their lives, but I do not love Congress.

I'm pleased to offer analysis of public policy and politics to the millions of Americans who get their news from Fox.

If one of my boys was asking me if they should go into politics, I'd say there's only one reason to go into public life and that's to help people.

We must do all we can to help improve the deplorable human rights situation of the North Korean people.

What is required from members of Congress and the public alike is a new spirit of devotion to the national welfare beyond party or self-interest.

Across the country military families are facing dire financial circumstances due to longer than expected tours of duties. They are being penalized for their patriotism - no one should have to choose between doing right by their country and doing right by their families.

America is stronger than ever. We will forever remember those we lost on September 11, 2001. In honoring their memory, we will remain true to our commitment to freedom and democracy.

As Indiana's governor, I balanced eight budgets, never raised taxes, and left the largest surplus in state history. It wasn't always easy. Cuts had to be made and some initiatives deferred. Occasionally I had to say 'no.'

Baseball may be our national pastime, but the age-old tradition of taking a swing at Congress is a sport with even deeper historical roots in the American experience. Since the founding of our country, citizens from Ben Franklin to David Letterman have made fun of their elected officials.

Challenges of historic import threaten America's future. Action on the deficit, economy, energy, health care and much more is imperative, yet our legislative institutions fail to act. Congress must be reformed.

Filibusters have proliferated because under current rules just one or two determined senators can stop the Senate from functioning. Today, the mere threat of a filibuster is enough to stop a vote; senators are rarely asked to pull all-nighters like Jimmy Stewart in 'Mr. Smith Goes to Washington.'

Filibusters should require 35 senators to... make a commitment to continually debate an issue in reality, not just in theory. The number of votes needed to overcome a filibuster should be reduced to 55 from 60.

My first meeting as a senator, my first day, they were already talking about the next election. Part of that's the permanent campaign, part of that's a word I've been using more frequently, 'tribal.' Our politics has become tribal: It's us versus them.

Of course, the genesis of a good portion of the gridlock in Congress does not reside in Congress itself. Ultimate reform will require each of us, as voters and Americans, to take a long look in the mirror, because in many ways, our representatives in Washington reflect the people who have sent them there.

People come into public life for different reasons. None of us are ego-challenged, I think, or we probably wouldn't be doing what we're doing, so if anyone tells you that they don't like the sound of the applause and the ego gratification, I don't think they're being straight with you.

The amount of U.S. debt held by countries such as China and Japan is at a historic high, with foreign investors holding half of America's publicly held debt. This dependence raises the specter that other nations will be able to influence our policies in ways antithetical to American interests.

To win the war on terror, we must know who our friends are and where our enemies are hiding. We can't continue fighting terrorism using the same foreign policy blueprints that were in place before September 11th.

We should be proud of liberating the 26 million people in Iraq and should remember that this is why it is important to stick it out to it's successful conclusion.

You now have six-year campaigns for the Senate - you never stop running. It's not uncommon for a member of the Senate to have a fundraising breakfast, a fundraising lunch and a fundraising dinner, and then when the Senate breaks for the week to go home, more fundraisers. And that's driven by the cost of campaigning.