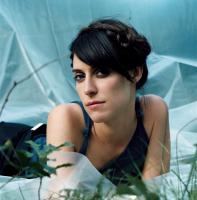 See the gallery for quotes by Feist. You can to use those 8 images of quotes as a desktop wallpapers. 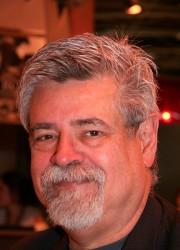 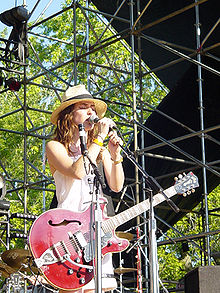 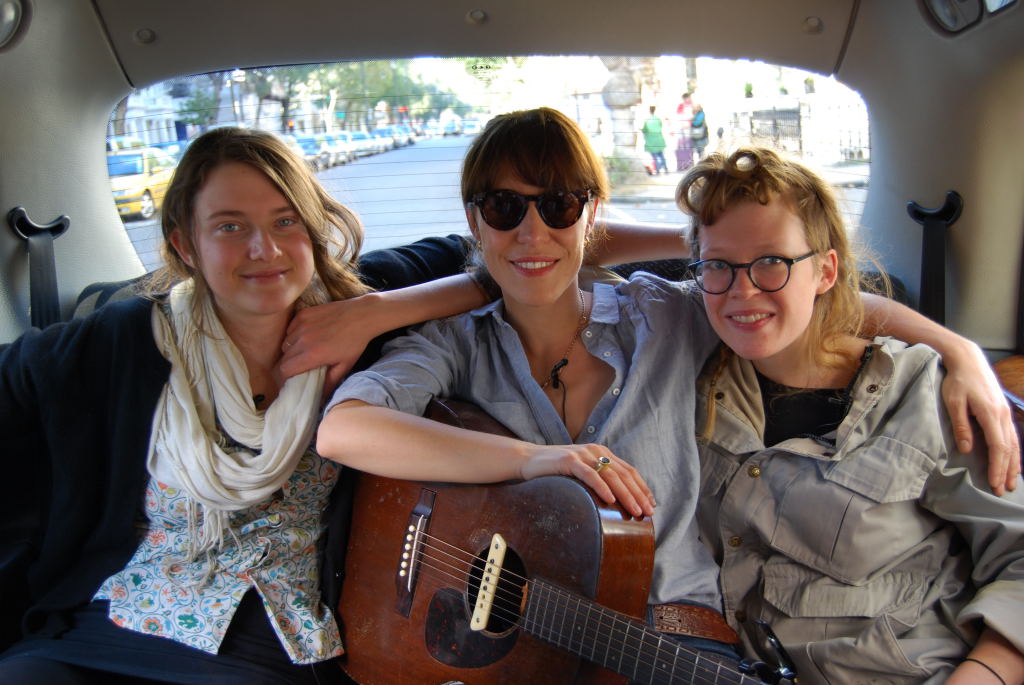 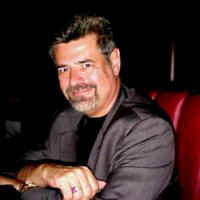 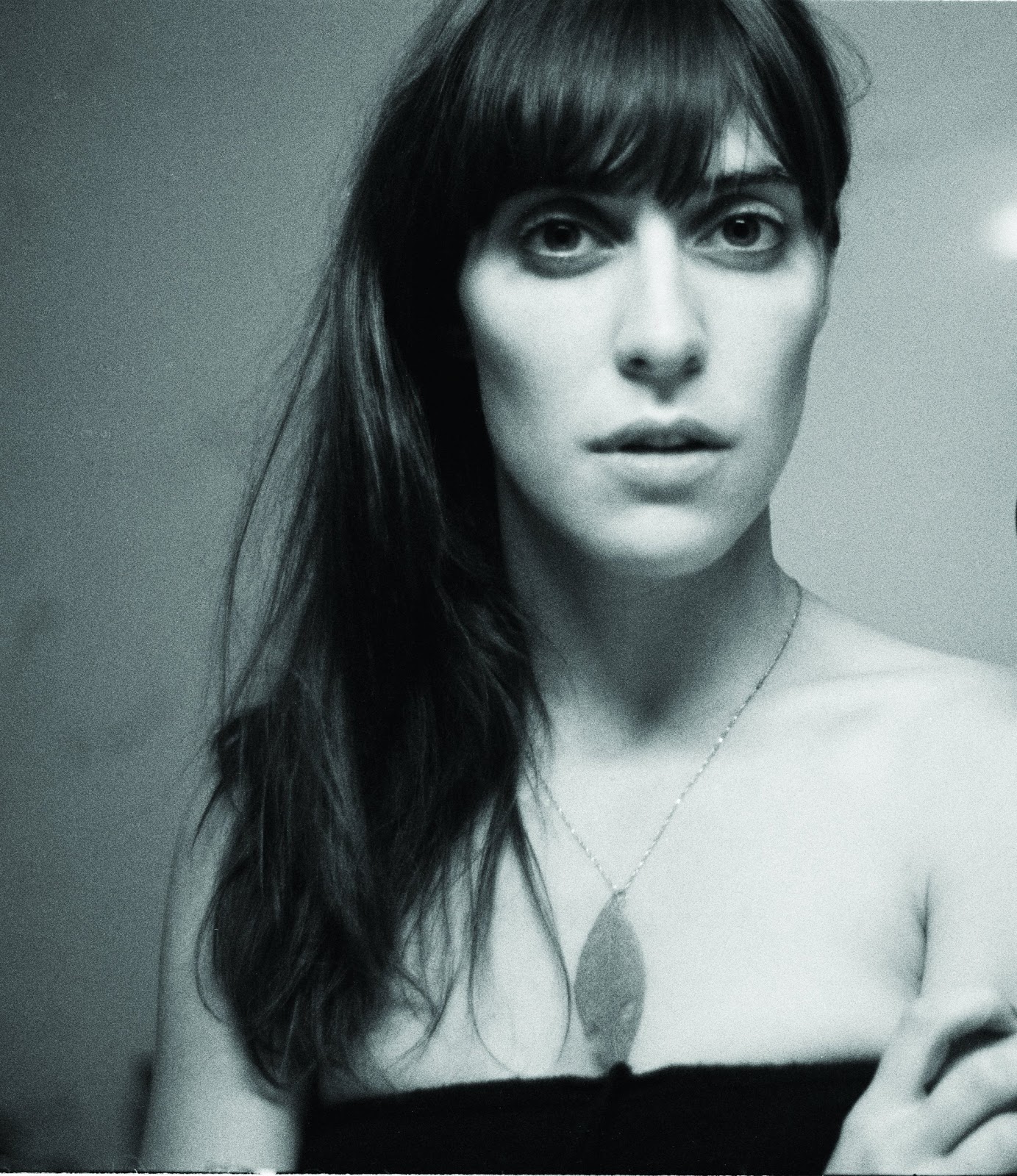 There's nothing better than not knowing what's going to happen until you put the pieces together.

When I first played '1234' it was on stage in San Francisco at some kind of, like, sticky-floored club. And it felt like a punk song. I mean it's ridiculous to say that now, but it had that kind of, like, piercing straight melody. And then this fist-pumping ending, you know that pa-dap-pada.

And of course, pop music is all about memorability and simplicity and positive messages and a little dash of joy.

For me, music is in the choice of what not to play as much as in what you've chosen to play.

Much more quotes by Feist below the page.

I didn't really get London until I read Dickens. Then I was charmed to death by it.

I live and die by puns.

I need therapy after writing. It's like leaking blood from a stone. It's brutally difficult but worth it.

I've not really spent much time in proper studios. The room itself where you're recording, and how you live while you're there is what appeals to me.

If you keep bashing your head against the same wall, at some point you're going to fall over and be still for awhile.

'Metals' has partly been about me regaining my self respect and I feel like I'm growing the muscles I want to grow again.

Musically, I didn't relate to Berlin. There seemed to be a lot of machine music made there - I don't think I saw a stringed instrument in two years.

Opinions are like snowflakes, you know what I'm saying?

Since I was 19, I've always gone where there was a reason to be. Maybe I'll be lucky and there'll be a reason to go somewhere tropical for a while.

Tags: Reason, Since, While

There's real potency in metal. Metal fans love metal as if it's a nation they would fight for. It's not diluted by pop culture.

You never know what's going to play into what's worthy of getting encapsulated into a song.

After 'Sesame Street,' it's a hyper-familiar world to me and I have this childlike ability to ignore the fact that I'm talking to scraps of cloth. Every country I go to, I see posters promoting the film in different languages. 'Los Muppets' - I love that!

Any kind of anthemic song, for the most part, they're on the positive side of things. It's not hard to identify when a melody is just one degree too complicated or one degree too simple and where that line of pop memorability lies.

'Gatekeeper' was sort of my first attempt to put a little bit of a frame and boundaries around songwriting, and try to figure out a way to approach it that had a sort of end result in mind. I haven't written many like that.

I get really scared about how the Internet is shifting and changing everyone's minds, and the way we see ourselves and interact online. Everything is so diluted now.

Tags: Everyone, Minds, Ourselves

I guess I found it useful to realise that everything is true at once, you know? You can pull back and say, 'Everything will be fine,' but you can also be in a situation and say, 'Not everything is going to be fine.'

I made the first Feist album in '98. So at that point, it was my nickname. It was as far as with my circle of friends, and just felt more accurate than two names.

You can only have one first born child. You may love all your children deeply and with passion, but there is something unique about the first born.

Writing is hard work; it's also the best job I've ever had.

I'm a huge fan of Cabernet and Bordeaux, and am passionate about Pinot Noir and Burgundies.

Neal had a couple of good ideas and they fit nicely, so that's the way I decided to go.

One of the key issues will be personal honour vs. the good of the many, and unforeseen consequences.

If I leave my computer, I'm probably not going to get back for hours. If I take a few minutes to answer questions and go web surfing, then guilt kicks in and I get back to work.

In the end, my reasons for moving down the timeline and introducing a new cast have more to do with keeping myself entertained, on the assumption that if I get bored, my readers are going to be even more bored.

Jigsaw Lady is the working title of a science fiction novel I've had in my head for darn near 15 years. I think I'll start work on it next year (in all my spare time) but I'd like to get it finished some day.

Often I'll try things that just won't happen the way I'd like them to, so hearing that they're not working saves me some wear and tear the next time around.

One likes to think one grows as a writer as one ages, else all you get is an 'old' young writer. Beyond that is the changing landscape of the universe and the stories I choose to tell.

There were two things going on: 1) I had already established in my own mind where I wanted to go with the next series, and having James around as a Grey Eminence would have complicated matters. He had had an amazing life and it was time to bid him good-bye.

There's always going to be comparisons, and that's unavoidable. There are people out there who feel I hit my peak with Magician and have gone downhill since.