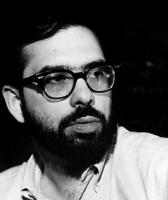 See the gallery for quotes by Francis Ford Coppola. You can to use those 6 images of quotes as a desktop wallpapers. 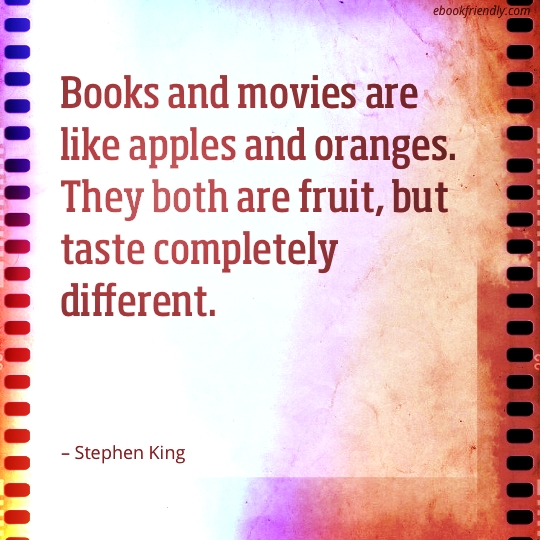 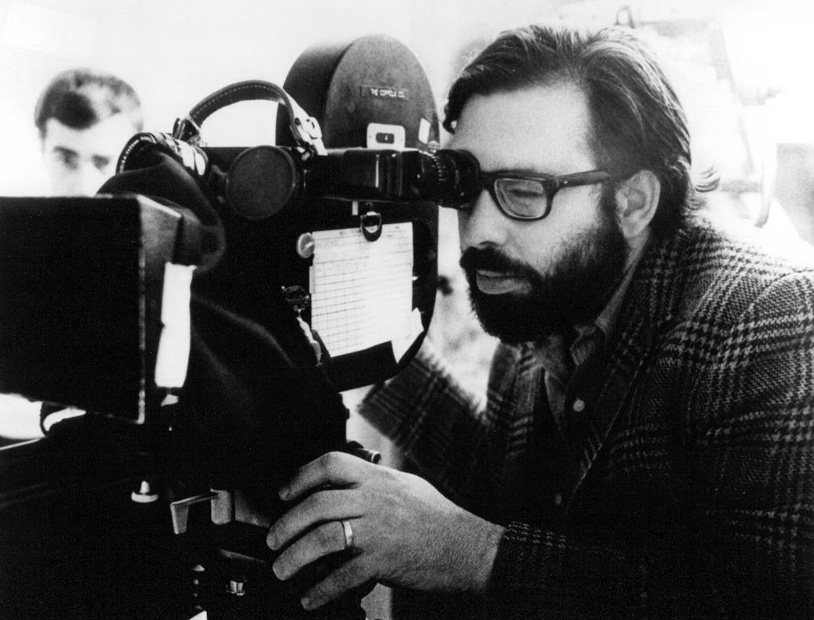 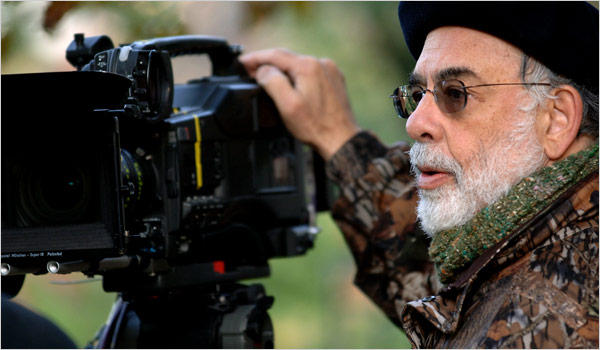 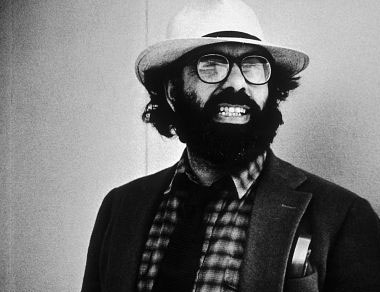 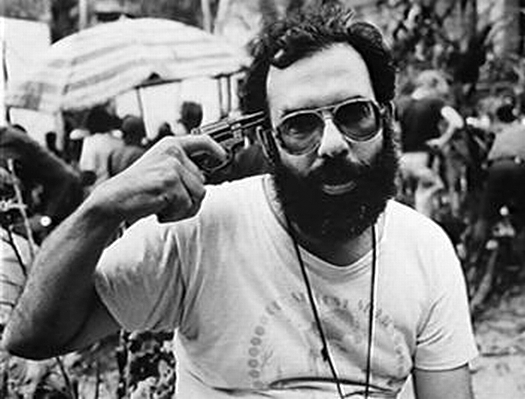 I liked to work in a shop down in the basement and invent things and build gadgets.

I realized I probably wouldn't make another film that cuts through commercial and creative things like 'Godfather' or 'Apocalypse.'

I remember teachers who really singled me out for their discouragement.

I thought I wanted to be a playwright because I was interested in stories and telling stories.

I wanted to write and direct movies and not be forced to adapt them from a bestselling book.

I was never sloppy with other people's money. Only my own. Because I figure, well, you can be.

I was the kind of kid that had some talents or ability, but it never came out in school.

I'm no longer dependent on the movie business to make a living. So if I want to make movies as other old guys would play golf, I can.

In a sense, I think a movie is really a little like a question and when you make it, that's when you get the answer.

Listen, if there's one sure-fire rule that I have learned in this business, it's that I don't know anything about human nature.

Most filmmakers can't afford to try something out that doesn't work.

My film is not a movie; it's not about Vietnam. It is Vietnam.

The internet in hotels should be free - and I really resent it when they charge you five dollars for a bottle of water beside your bed.

The most adventurous thing I've done is learn how to fly a helicopter in the Philippines. One night we landed on a beach and slept on it.

Usually, the stuff that's your best idea or work is going to be attacked the most.

We do things for good reasons that are bad.

I wrote the script of Patton. I had this very bizarre opening where he stands up in front of an American flag and gives this speech. Ultimately, I was fired. When the script was done, they hired another writer and that script was forgotten.

It's ironic that at age 32, at probably the greatest moment of my career, with The Godfather having such an enormous success, I wasn't even aware of it, because I was somewhere else under the deadline again.

The stuff that I got in trouble for, the casting for The Godfather or the flag scene in Patton, was the stuff that was remembered, and was considered the good work.

Much more quotes by Francis Ford Coppola below the page.

I had a heartbreaking experience when I was 9. I always wanted to be a guard. The most wonderful girl in the world was a guard. When I got polio and then went back to school, they made me a guard. A teacher took away my guard button.

I had an older brother who was very interested in literature, so I had an early exposure to literature, and and theater. My father sometimes would work in musical comedies.

I landed a job with Roger Corman. The job was to write the English dialogue for a Russian science fiction picture. I didn't speak any Russian. He didn't care whether I could understand what they were saying; he wanted me to make up dialogue.

I used to love going into local hardware stores, to look at little things they made locally. Nowadays it's harder, though you can still do it in Vietnam.

I've been offered lots of movies. There's always some actor who's doing a project and would like to have me do it. But you look at the project and think, 'Gee, there are a lot of good directors who could do that.' I'd like to do something only I can do.

In kindergarten that used to be my job, to tell them fairytales. I liked Hans Christian Andersen, and the Grimm fairy tales, all the classic fairy tales.

People feel the worst film I made was 'Jack.' But to this day, when I get checks from old movies I've made, 'Jack' is one of the biggest ones. No one knows that. If people hate the movie, they hate the movie. I just wanted to work with Robin Williams.

Roger Corman exploited all of the young people who worked for him, but he really gave you responsibility and opportunity. So it was kind of a fair deal.

Steven Spielberg is unique. I feel that the kinds of movies he loves are the same kinds of movies that the big mass audience loves. He's very fortunate because he can do the things he naturally likes the best, and he's been very successful.

The professional world was much more unpleasant than I thought. I was always wishing I could get back that enthusiasm I had when I was doing shows at college.

They needed someone to write a script of The Great Gatsby very quickly for the movie they were making. I took this job so I'd be sure to have some dough to support my family.

We were raised in an Italian-American household, although we didn't speak Italian in the house. We were very proud of being Italian, and had Italian music, ate Italian food.

When I do a novel, I don't really use the script, I use the book; when I did Apocalypse Now, I used Heart of Darkness. Novels usually have so much rich material.

When I was about 9, I had polio, and people were very frightened for their children, so you tended to be isolated. I was paralyzed for a while, so I watched television.

When newspapers started to publish the box office scores of movies, I was horrified. Those results are totally fake because they never include the promotion budget.

You're in a profession in which absolutely everybody is telling you their opinion, which is different. That's one of the reasons George Lucas never directed again.

I think cinema, movies, and magic have always been closely associated. The very earliest people who made film were magicians.

The essence of cinema is editing. It's the combination of what can be extraordinary images of people during emotional moments, or images in a general sense, put together in a kind of alchemy.

Most Italians who came to this country are very patriotic. There was this exciting possibility that if you worked real hard, and you loved something, you could become successful.

I don't think there's any artist of any value who doesn't doubt what they're doing.

You have to really be courageous about your instincts and your ideas. Otherwise you'll just knuckle under, and things that might have been memorable will be lost.

It takes no imagination to live within your means.

Anything you build on a large scale or with intense passion invites chaos.

I became quite successful very young, and it was mainly because I was so enthusiastic and I just worked so hard at it.

I had a number of teachers who hated me. I didn't do well in school.

I remember growing up with television, from the time it was just a test pattern, with maybe a little bit of programming once in a while.

You ought to love what you're doing because, especially in a movie, over time you really will start to hate it.

A number of images put together a certain way become something quite above and beyond what any of them are individually.

Art depends on luck and talent.

As long as I can make lots of money in other businesses, I'll continue to subsidize my own work.

Frank Capra was a prop man, I think. John Ford was a prop man. It was a little bit of a father and son thing, and you kind of worked your way up.

George Lucas doesn't have the most physical stamina. He was so unhappy making Star Wars that he just vowed he'd never do it again.

I always found the film world unpleasant. It's all about the schedule, and never really flew for me.

I associate my motion picture career more with being unhappy and scared, or being under the gun, than with anything pleasant.

I had a number of very strong personalities in my family. My father was a concert flutist, the solo flute for Toscanini.

I had been a kid that moved so much, I didn't have a lot of friends. Theater really represented camaraderie.