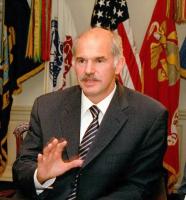 See the gallery for quotes by George Papandreou. You can to use those 8 images of quotes as a desktop wallpapers. 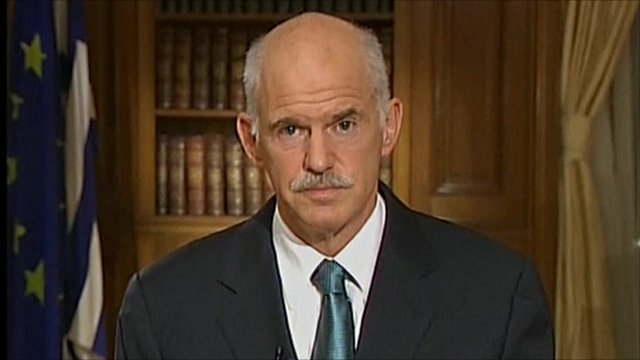 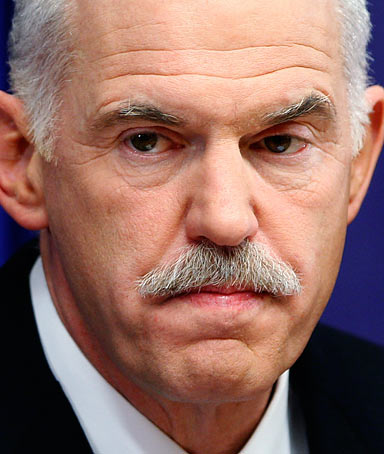 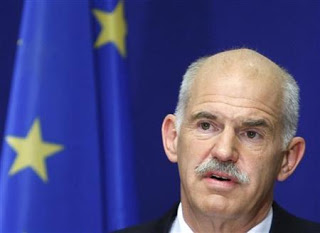 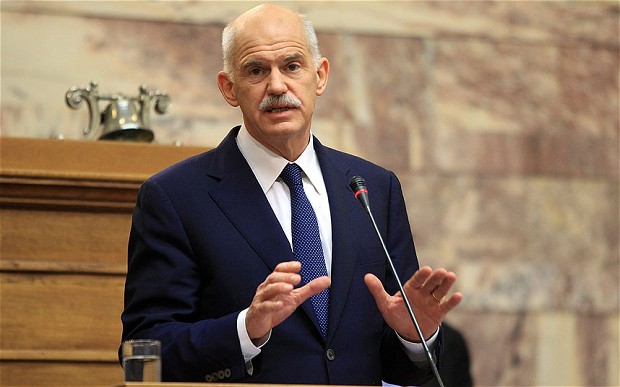 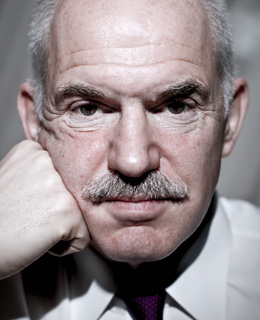 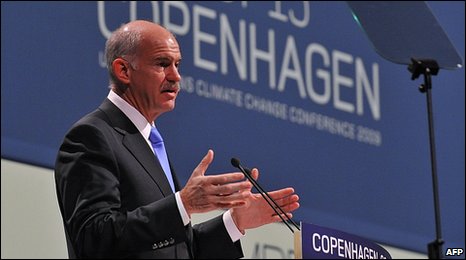 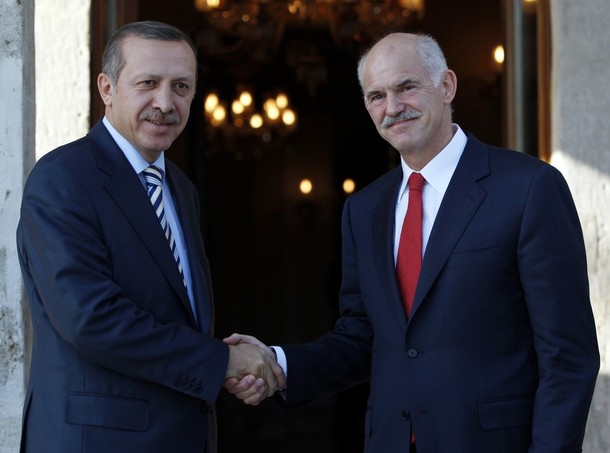 Greece's history in the drachma was an up-and-down history, a roller coaster.

I have a deep sense of responsibility to my country and Greek people.

If you put all the European countries together, we are the biggest economy in the world.

In ancient Greece, politics and the market were not decoupled.

Much more quotes by George Papandreou below the page.

My hope is that we will turn Greece into maybe the most transparent country in the world with everything on the web.

Previous governments, particularly the one before I took over, mismanaged the economy quite badly.

The more there is a European solution to a theoretical, but possible, problem in the markets, the less we will have to talk about an I.M.F. solution.

The real problem in Greece is not cutting taxes, it's making sure that we don't have tax evasion.

We had about 60 regions in Greece and now there are only 13. It'd be like cutting down 50 states to 13 and making it more efficient.

We have a rise of extremism because we need to give a sense that we are targeting some of the deeper problems in Greece, the injustices.

As long as I feel I am doing what I think is right and just for my country, for the Greek people, that is enough for me. Saving Greece from this crisis was the first thing on the agenda. We are now on a much more normalised road.

At times of distress, we all like to recall the advice of fathers and mothers. The best advice my father gave me was to keep faith and deep confidence in the potential of the Greek people; nurture the belief that they can do things.

Countries are not like financial markets. Social change cannot be executed as swiftly as credit-default swaps. You cannot sell short on social commitments and practical responsibilities.

Europe is a strong market for the U.S. If it has problems, if there's a lack of consumer confidence, if there's a deeper recession, this will deeply affect jobs in the U.S.

First of all, Greece won't go down. We're talking about a country that is capable of making change. Europe will not allow the destabilization of the 27-country euro zone. But if there were no action, then markets would start becoming jittery about other countries - and not only Spain and Portugal, but other countries in the European Union.

Greece has great strengths, but much of this potential has been wasted. That's because of a wider political system, but also because of a lack of an institutional framework.

How can a parliamentarian or a leader in a country say, on the one hand, that we're going to support Greece but at the same time say that Greeks are lazy?

I never thought of politics as a profession.

There are certain moments in the history of a nation when the choices made define the decades to come.

Unfortunately, corruption is widespread in government agencies and public enterprises. Our political system promotes nepotism and wasting money. This has undermined our legal system and confidence in the functioning of the state. One of the consequences is that many citizens don't pay their taxes.

I never thought about becoming a politician. But during the military dictatorship, my grandfather was put in prison six times and my father twice. If my family and my country didn't have this history, I might be a professor somewhere today.

Already people are saying we do need a change.

As long as I feel I am doing what I think is right and just for my country, for the Greek people, that is enough for me.

Europe has a lot of strength. We need to pool that strength, and I am very much in favour of that - more of a deeper political union.

Everyone needs to carry out his own personal revolution.

I am proud of being a Greek of the diaspora.

I will always be upfront with the Greek people, so we can solve the country's problems together.

If we had a consensus we wouldn't have to go to a referendum.

It is important that the Greek people make decisions on important developments.

There is this concept of politics as a dirty game.

This idea that you're a successful tough guy if you evade taxes and deceive the state has got to change.

We are on a difficult course, on a new Odyssey for Greece, but we know the road to Ithaca and have charted the waters.

We stand united, facing the big responsibility to change our country into a nation of justice, solidarity, humanity and green development.

We're very proud to be part of the eurozone. But this comes with obligations and it is crucial we show the world we can live up to those obligations.

When I was growing up in the United States and Sweden, I never thought about becoming a politician.

You can theorise about the options you have but in reality they are very specific.

Greece has given Europe the opportunity to fix a defect in the euro zone, that is the fact that we did not have a fiscal union. Now steps have been taken to begin that process. And there is more solidarity from nation to nation, and that is a good thing. That has been Greece's gift to Europe.

If Greece had gone through a very normal political life, I may have not been in politics. But just the fact that I lived through huge upheavals and very difficult struggles and polarisation and the barbarism of dictatorships - that made me feel that we had to change this country.

People would say you look weak if you're not cursing the opposition and driving around in a big black car while always wearing a tie. Above all, to be 'strong' you're always supposed to be giving orders.

Politics also means educating people. It's important to speak openly with our fellow Greeks, to tell them what our problems are and that we have to change something.

Today I want to send a message of optismism to all Greeks. Our road, our path, will be more stabilised. Our country will be in a better situation. We will be stronger.

We are a country with great potential. We have the political will to make deep changes in a just and equitable way, to put our country back on a development path, to meet the challenges of a new world.