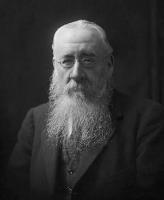 See the gallery for quotes by George Saintsbury. You can to use those 7 images of quotes as a desktop wallpapers. 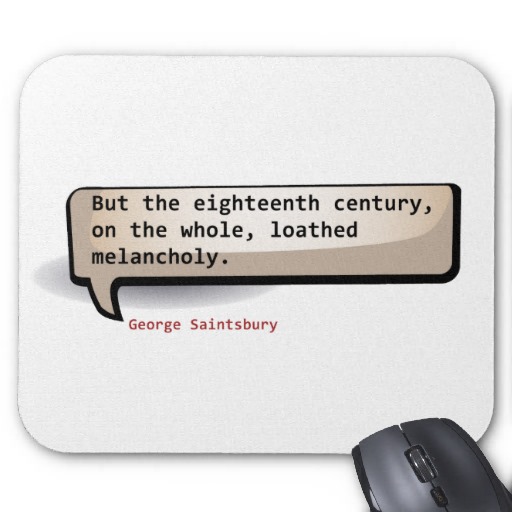 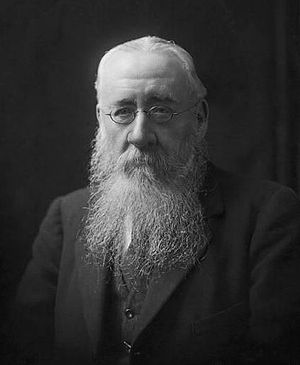 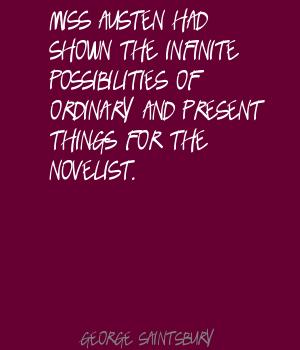 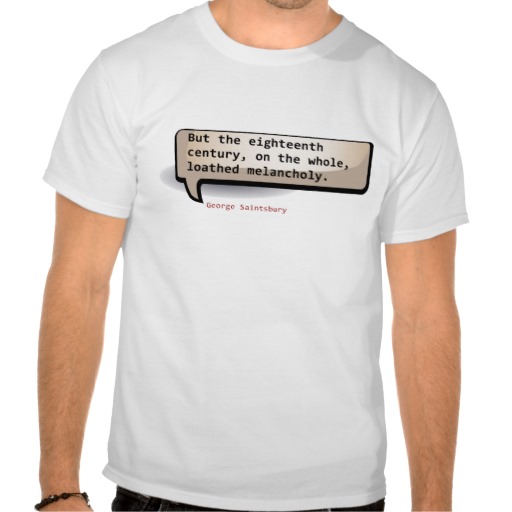 Miss Austen had shown the infinite possibilities of ordinary and present things for the novelist.

Between Scott on the earlier side and Dickens and Thackeray on the other, there was an immense production of novels, illustrated by not a few names which should rank high in the second class, while some would promote more than one of them to the first.

Tags: Between, Few, While

But at the time when he wrote, Englishmen, with the rarest exceptions, wrote only in French or Latin; and when they began to write in English, a man of genius, to interpret and improve on him, was not found for a long time.

But even gold is not everything: and only a fanatic, and a rather foolish fanatic, would say that this style of fiction summed up and exhausted all the good that fiction could give and do.

Tags: Give, Good, Rather

It is the unbroken testimony of all history that alcoholic liquors have been used by the strongest, wisest, handsomest, and in every way best races of all times.

One of the best known, and one of the least intelligible, facts of literary history is the lateness, in Western European Literature at any rate, of prose fiction, and the comparative absence, in the two great classical languages, of what we call by that name.

The Italian prose tale had begun to exercise that influence as early as Chaucer's time: but circumstances and atmosphere were as yet unfavourable for its growth.

The Odyssey is, indeed, one of the greatest of all stories, it is the original romance of the West; but the Iliad, though a magnificent poem, is not much of a story.

The transition state of manners and language cannot be too often insisted upon: for this affected the process at both ends, giving the artist in fictitious life an uncertain model to copy and unstable materials to work in.

To pass to the deluge, and beyond it, and to come to close quarters with our proper division, the origin of Romance itself is a very debatable subject, or rather it is a subject which the wiser mind will hardly care to debate much. 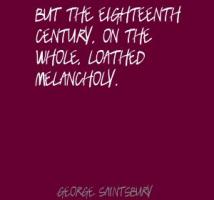 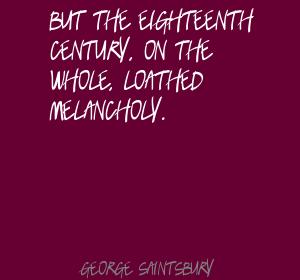 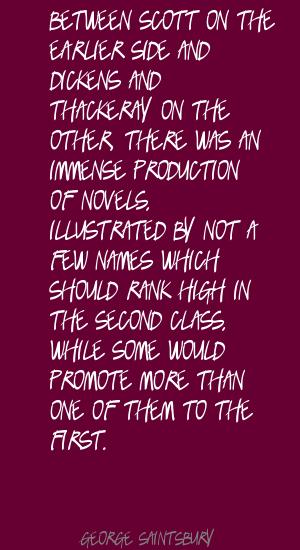