See the gallery for quotes by Gilbert Murray. You can to use those 7 images of quotes as a desktop wallpapers. 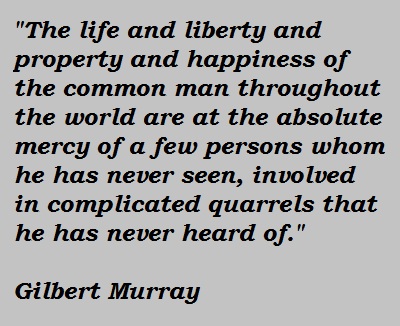 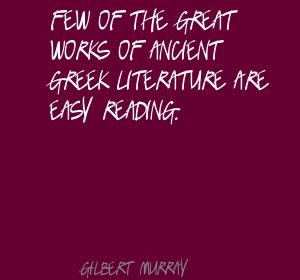 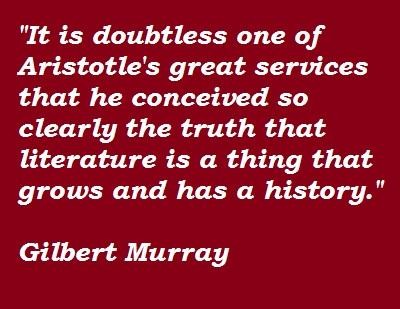 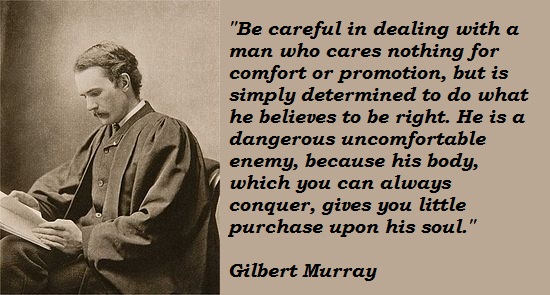 Be careful in dealing with a man who cares nothing for comfort or promotion, but is simply determined to do what he believes to be right. He is a dangerous uncomfortable enemy, because his body, which you can always conquer, gives you little purchase upon his soul.

The life and liberty and property and happiness of the common man throughout the world are at the absolute mercy of a few persons whom he has never seen, involved in complicated quarrels that he has never heard of.

Few of the great works of ancient Greek literature are easy reading.

It is doubtless one of Aristotle's great services that he conceived so clearly the truth that literature is a thing that grows and has a history.

Sometimes Aristotle analyses his terms, but very often he takes them for granted; and in the latter case, I think, he is sometimes deceived by them.

The fact is that much misunderstanding is often caused by our modern attempts to limit too strictly the meaning of a Greek word.

The higher Greek poetry did not make up fictitious plots; its business was to express the heroic saga, the myths.

Greek was very much a live language, and a language still unconscious of grammar, not, like ours, dominated by definitions and trained upon dictionaries.

The fashions of the ages vary in this direction and that, but they vary for the most part from a central road which was struck out by the imagination of Greece.

Where words can be translated into equivalent words, the style of an original can be closely followed; but no translation which aims at being written in normal English can reproduce the style of Aristotle. 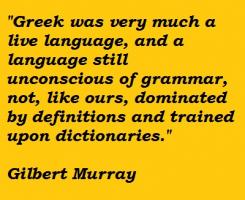 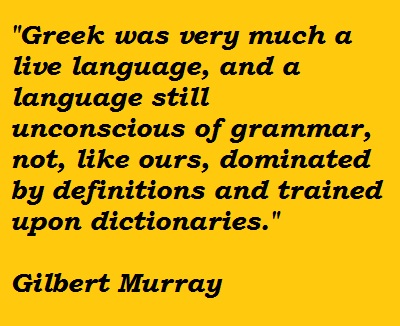