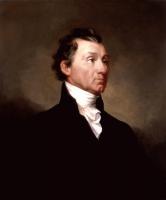 See the gallery for quotes by James Monroe. You can to use those 8 images of quotes as a desktop wallpapers. 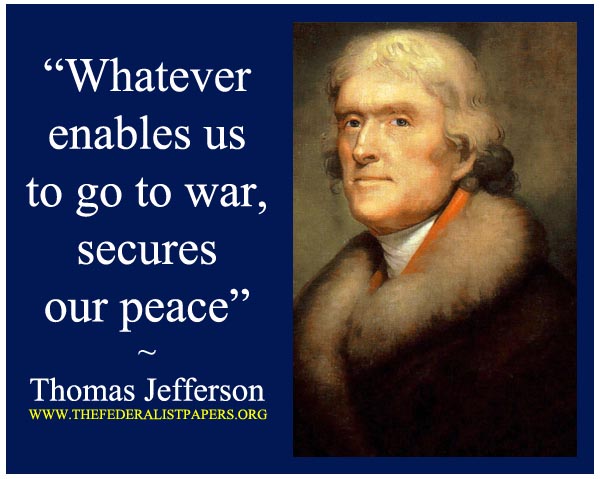 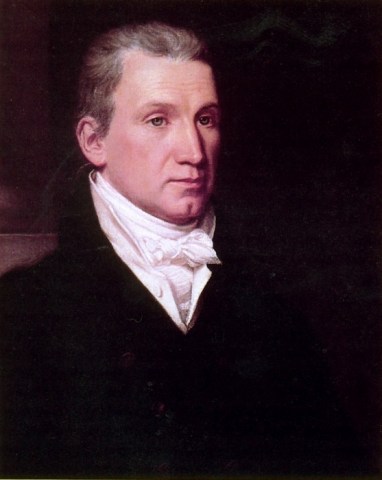 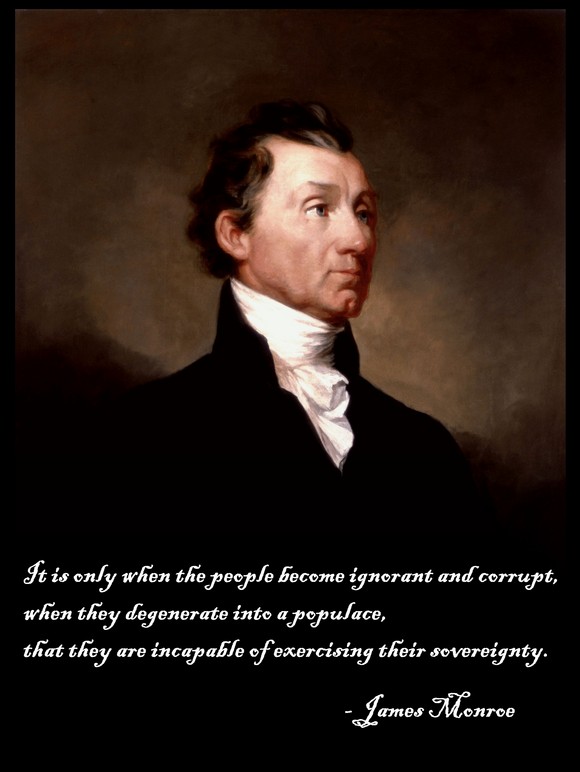 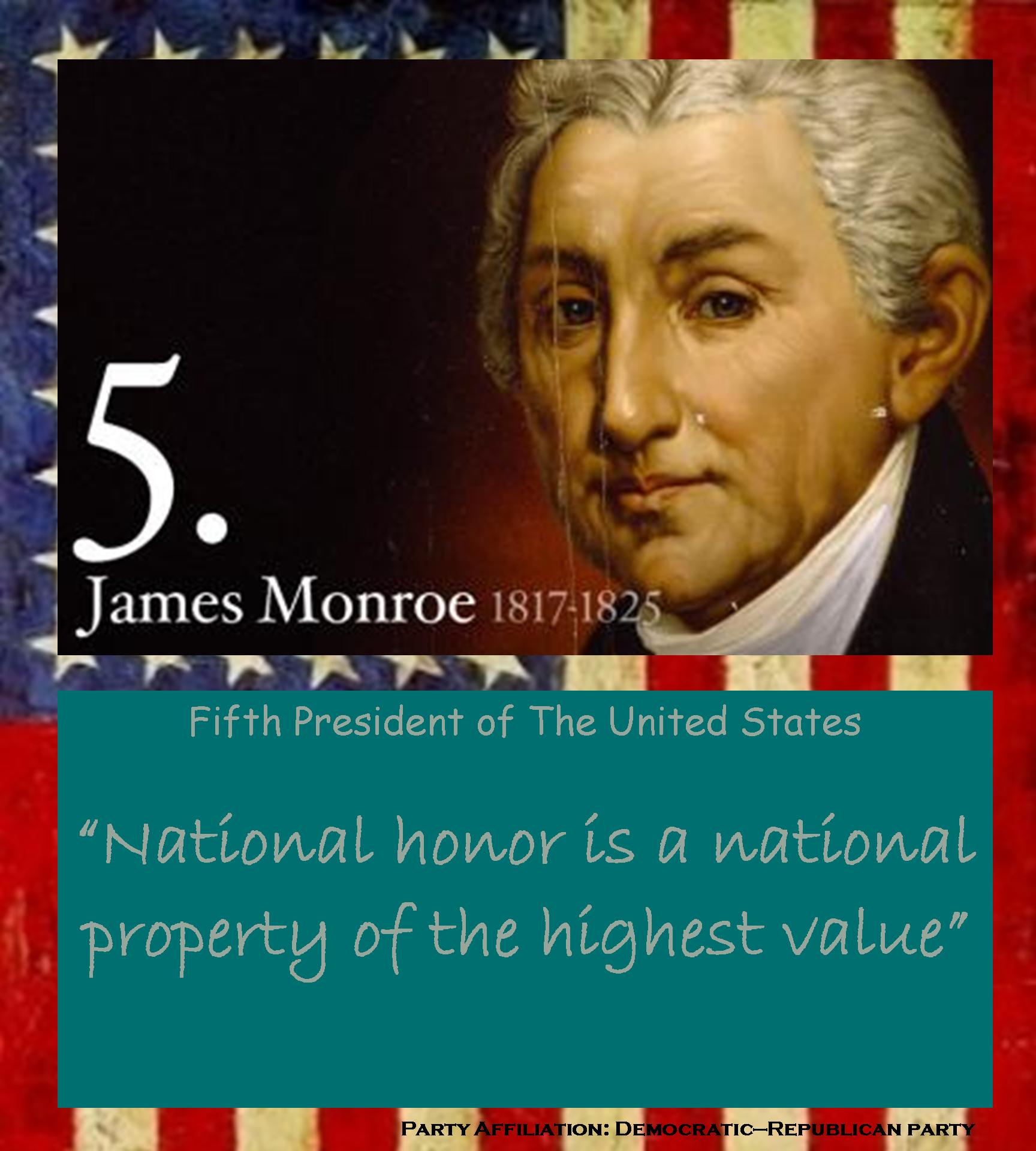 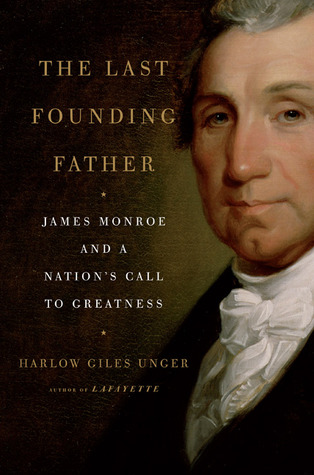 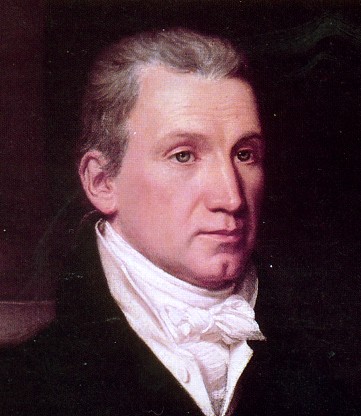 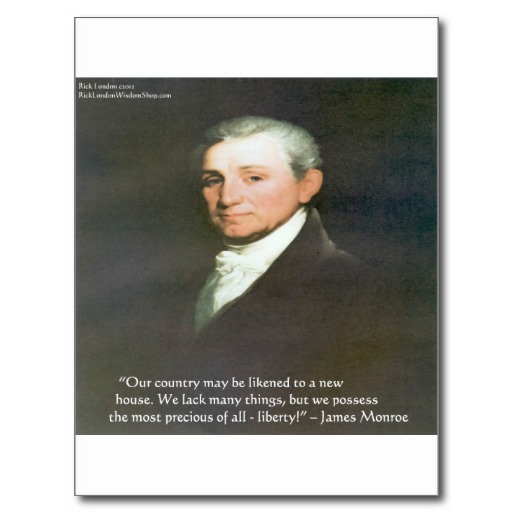 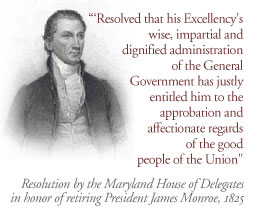 The best form of government is that which is most likely to prevent the greatest sum of evil.

A little flattery will support a man through great fatigue.

National honor is the national property of the highest value.

The public lands are a public stock, which ought to be disposed of to the best advantage for the nation.

Our country may be likened to a new house. We lack many things, but we possess the most precious of all - liberty!

To impose taxes when the public exigencies require them is an obligation of the most sacred character, especially with a free people.

If we look to the history of other nations, ancient or modern, we find no example of a growth so rapid, so gigantic, of a people so prosperous and happy.

The right of self defense never ceases. It is among the most sacred, and alike necessary to nations and to individuals, and whether the attack be made by Spain herself or by those who abuse her power, its obligation is not the less strong.

At no period of our political existence had we so much cause to felicitate ourselves at the prosperous and happy condition of our country.

I have great satisfaction in stating that our relations with France, Russia, and other powers continue on the most friendly basis.

Never did a government commence under auspices so favorable, nor ever was success so complete.

Our relations with the other powers of Europe have experienced no essential change since the last session.

Preparation for war is a constant stimulus to suspicion and ill will.

The payments which have been made into the Treasury show the very productive state of the public revenue.

By the last returns to the Department of War the militia force of the several States may be estimated at 800,000 men - infantry, artillery, and cavalry.

By these purchases the Indian title, with moderate reservations, has been extinguished to the whole of the land within the limits of the State of Ohio, and to a part of that in the Michigan Territory and of the State of Indiana.

From several of the Indian tribes inhabiting the country bordering on Lake Erie purchases have been made of lands on conditions very favorable to the United States, and, as it is presumed, not less so to the tribes themselves.

In the wars of the European powers in matters relating to themselves we have never taken any part, not does it comport with our policy so to do. It is only when our rights are invaded or seriously menaced that we resent injuries or make preparation for our defence.

The civil war which has so long prevailed between Spain and the Provinces in South America still continues, without any prospect of its speedy termination.

The great increase of our population throughout the Union will alone produce an important effect, and in no quarter will it be so sensibly felt as in those in contemplation.