See the gallery for quotes by Jason Schwartzman. You can to use those 8 images of quotes as a desktop wallpapers. 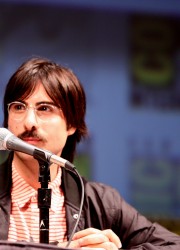 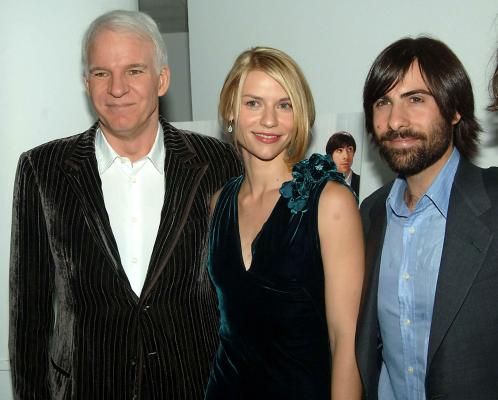 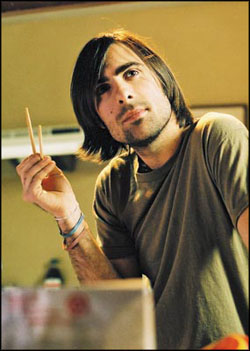 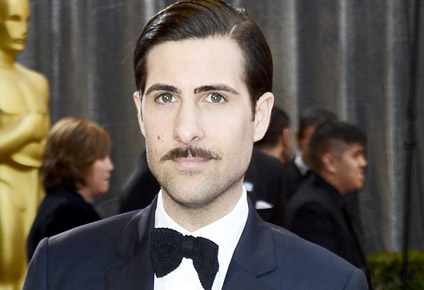 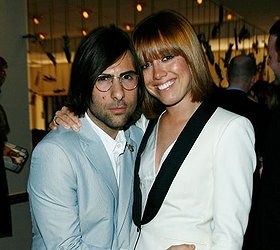 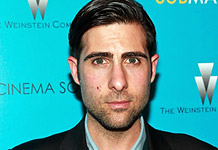 I love the idea of playing a character that didn't over think everything. He knows what's in front of him and he has an ability to just say whatever he felt.

It's funny that people think because you don't have a movie or record out, you disappear into a frozen chamber someplace. They think you're dead when you're not in the public eye.

Whereas Jeremy is just the opposite: always moving because he's never really thinking of anything and the kind of guy you'd worry inviting to a dinner party because he says what he thinks. He can be insulting at times but doesn't mean to be.

As far as loneliness, I feel Los Angeles and its layout, having to drive everywhere - it is a lonely place. It's an isolated city in that respect because you're driving to places alone listening to the radio.

I don't know the first real thing about the dating game. I don't know how to talk to a specific person and connect. I just think you have to go to person by person and do the best you can with people in general.

Dating is just awkward moments and one person wants more than the other. It's just that constant strangeness. I think it's a very real thing.

I was heartbroken at the end of that, because I thought that was going to be it for me. Somehow I had worked my way into this movie and it had exposed me to people and I had a chance to be an actor, which I loved, but I didn't think it was ever going to happen again.

I believe in not over thinking things too much. When the right thing comes along, you really don't have a choice.

I'm a creature of habit. I go to restaurants all the time and stuff.

I like being alone and I think this movie, as much as it is an investigation of connection and people bonding, I also think it's just as much about loneliness.

In a city where you walk around, it's impossible to plan your day and your life as accidents will happen, you'll overhear things, bump into people, and take unexpected turns.

There's all these ways to instantly communicate - cars, computers, telephone and transportation - and even with all that, it's so hard to find people and have an honest communication with them.

At this point, I think I would garner a lot of hate mail if I was now on the cover of Modern Drummer seeing as I'm not a modern drummer anymore.

But I'd have to say Young Frankenstein, which I can watch forever.

I have never stopped playing music.

I just find that the harder you work and the more effort you put into yourself, the better you'll be.

In one sentence, I'd describe myself as indescribable. But, I wouldn't end it with a period. I'd end it with three dots.

Logic plus logic equals the illogical. Do you know what I mean?

Man, I hate to get depressing on you, but I don't have a game. I'm so alone, so depressed, so dark, no.

Steve Martin is such an exquisite and precise writer. Everything is so clear; it's like a bell. He says what he means and says it so beautifully.

Whereas I think in New York every step is a detour in every direction.

After I quit my band, I definitely was so full, like I'm so full I could never eat again. I had that kind of feeling where the elements, like the touring stuff, were harder for me and I definitely felt fine not experiencing it again.

Also, the more you're not focused on showbiz and instead focused on life, learning about other people, and keeping your eyes open and trying to be aware of the world.

But actually, I'm planning on moving to New York this year and I can tell you one reason why I think New York is incredible: I think things happen to you that you don't expect have happen to you.

Much more quotes by Jason Schwartzman below the page.

I didn't have an agent, I didn't have a headshot. I didn't even know if anyone would know where to find me. I just went back to highschool and started playing with my band.

I just have some restaurants to just go and eat there. Do mean places to watch people? I like to go shopping look for guitars and stuff with my friends. Look at Meyer, great old instruments, talk about pedals and stuff.

Only the knife knows what goes on in the heart of a pumpkin.

Every day you must arise and say to your heart, I have suffered enough and now I must live because the light of the sun must not be wasted, it must not be lost without an eye to appreciate it.

Men are strong, women are smart, but no matter how smart, their bellies are always there to betray women and that's their downfall.

All rivers, even the most dazzling, those that catch the sun in their course, all rivers go down to the ocean and drown. And life awaits man as the sea awaits the river.

There is the churning and the boiling of the sea, and the foam on top of it and that is what man is, churning and foam together.

Here, like everywhere else, laughing and singing, dancing and dreaming are not exactly the whole of reality; and for one ray of sun shining on the hut, the rest of the village remains in the dark.